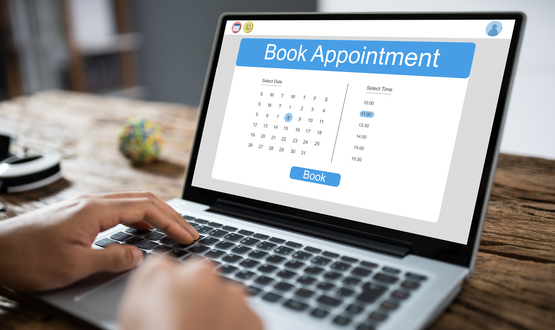 Wrightington, Wigan and Leigh Teaching Hospitals NHS Foundation Trust is using a new online booking system for blood tests, allowing patients to book their appointments without the need to phone the appointment center.

The trust used to operate a drop-in service for phlebotomy, which was dropped as part of its Covid response. Since then, the volume of calls to make blood test appointments has steadily increased to around 3,500 calls each week.

With the Dedalus online software, patients are able to book themselves into a suitable appointment slot at the clinic of their choice. They are also able to reschedule appointments if they are unable to make them.

Martyn Smith, associate director of information management and technology (IM&T) at Wrightington, Wigan and Leigh said: “The system was implemented in just six weeks which is a huge achievement. In the first few days of go live, thousands of bookings were made using the new digital tech, providing a far better experience for our patients and it has released pressure and time for our internal appointment center teams, allowing them time to support those who need it. ”

Wrightington, Wigan and Leigh Teaching Hospitals NHS Foundation Trust (WWL) obtained tech funding from NHS Digital to procure the system in March of this year, and it’s been live since the middle of May.

The new phlebotomy booking service is just one of a number of new initiatives being implemented at Wrightington, Wigan and Leigh as part of its digital strategy. The trust has previously invested in digital technology to support the use of virtual wards, virtual outpatients consultations and e-prescribing. In February this year it also expanded its use of the OnBase platform to improve operational efficiency.

Colin Henderson, managing director for UK and Ireland for Dedalus added: “Through the Swiftqueue platform we have offered WWL a capability that greatly improves the workflow of their appointment management. A real advantage is how quickly the technology has been deployed as NHS trusts find themselves under continuing pressure to manage waiting lists. ”