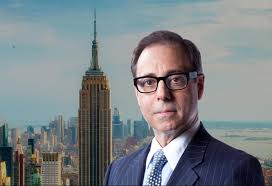 When women don’t receive the medical care they need for serious health conditions, they can suffer long-term health consequences and even death.

Health experts say there are several reasons why women are more likely than men to be diagnosed. In some cases, doctors simply brush off their concerns as “complaining.” In other cases, doctors tell women their health problems are caused by being overweight. When a woman is dealing with a major health concern, being dismissed this way can be both mentally and physically devastating.

Why Are Women Misdiagnosed So Often?

The disparity between men’s and women’s health care has been around for thousands of years. In ancient Greece, people believed a woman’s health problems were caused by a wandering uterus: they thought the uterus could travel at will through the body and cause health issues wherever it landed.

As silly as that sounds, attitudes didn’t change much through the centuries. The words “hysteria” and “hysterical” were used by 19th century physicians to describe certain emotional symptoms when many women’s health problems were erroneously diagnosed as “female hysteria.” The root word “hyster” means uterus, so these terms spring specifically from doctors’ erroneous beliefs that women’s illnesses were frequently caused by nervous conditions.

Even in the 21st century, the “normal” or “standard” patient model doctors and researchers use to study disease is the average male. According to one study, women are included in just 38 percent of cancer trials. This means that doctors don’t always know how a cancer drug or treatment will work on women’s bodies.

When Women Are Most Likely to Be Misdiagnosed

There are three types of health emergencies in which women are the most likely to suffer a misdiagnosis. This is why it’s so important for women to speak up when they feel like a doctor isn’t listening to them.

The heart attack symptoms most people are familiar with are tightness and pressure in the chest. In movies and on television, the person having a heart attack usually clutches their chest and/or left arm.

However, these symptoms are actually how men tend to experience heart attacks. The heart attack symptoms in women tend to be somewhat different and can include shortness of breath, nausea, and sweating. Women may also feel very fatigued.

There are about 80 different autoimmune diseases, and about 23.5 million Americans suffer from them.

It typically takes about five years from the onset of symptoms for women to get diagnosed with an autoimmune disease.

This five-year delay can put women through unnecessary suffering. Autoimmune diseases include rheumatoid arthritis, celiac disease, lupus, and Crohn’s disease, among others.

Health experts point out that 75 percent of autoimmune disease patients are women, which might explain why it takes these patients so long to get a proper diagnosis from doctors.

It may come as a surprise, but women are also more likely to be misdiagnosed when they’re suffering from a disease or illness that is unique to women. Such illnesses can include polycystic ovary syndrome and endometriosis. While you might think that women would receive a prompt diagnosis for sex-specific conditions, the reality is that many women get brushed off by their doctors as complaining, imagining or exaggerating their symptoms.

Women with ovarian cancer may be told by their doctors that they have irritable bowel syndrome or some other kind of condition. They may also be told that they need to lose weight or that their hormones are imbalanced.

Discuss Your Case with an Medical Malpractice Lawyer

If you have been misdiagnosed due to a doctor’s mistake, you may be entitled to compensation. Every patient, regardless of sex, deserves medical care that satisfies acceptable standards. Protect your rights by discussing your options with your attorney or our New York City medical malpractice lawyer Jonathan C. Reiter.

Prior results cannot and do not guarantee or predict a similar outcome with respect to any future case. Recoveries always depend upon the facts and circumstances of each case, the injuries suffered, damages incurred, and the responsibility of those involved.