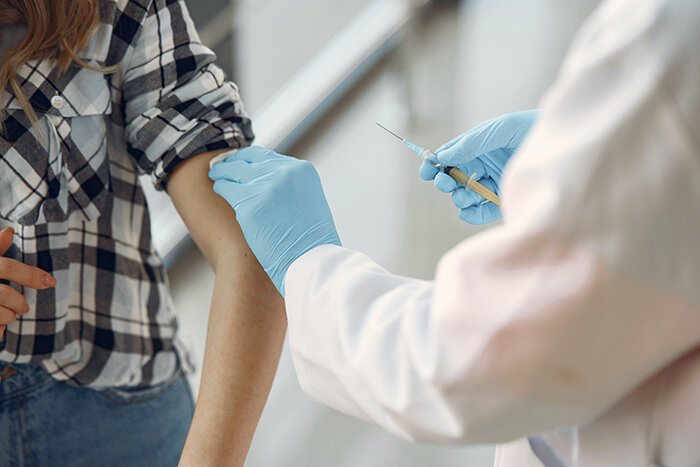 The United States has the highest population of citizens imprisoned among developed countries. Each year, approximately 2 million women, most of them detained in prisons, leave prison. The COVID-19 pandemic hit prisons and correctional facilities harder than almost any other social environment. Many of those leaving prison return to communities that were also disproportionately affected by the pandemic, but many people in that population have expressed hesitation in receiving a vaccine against COVID-19.

New research from the University of Kansas found high rates of hesitant hesitation among women going through incarceration, due to a multitude of reasons, including low health literacy, lack of confidence in the authorities and misconceptions about COVID-19 and the vaccine. The COVID-19 pandemic has further affected these women who already had low compliance with cancer screening and prevention recommendations and had limited knowledge on issues such as women’s health. An online application developed by KU researchers to increase health literacy population it can be an efficient and cost-effective way to address multiple health issues.

Researchers at KU and KU Medical Center published a study in the journal Public Health Nursing on vaccine hesitation among the target population. It was co-written by Mugur Geana, an associate professor of journalism and mass communications and director of the KU Center of Excellence in Health Communications for underserved populations; and Sherri Anderson and Megha Ramaswamy, KU School of Medicine population health department. Investigators interviewed 25 women released from prison between March 5 and 25. The women were part of a larger cohort that participated in a study on health literacy among imprisoned women funded by the National Institutes of Health, of which Ramaswamy is the lead researcher.

Although the vaccine was not yet widely available at the time of the interviews, the results showed that 52% of respondents said they were definitely not willing to receive a vaccine. Only 20% said “yes, I would vaccinate.” In addition to those who refuse to vaccinate, several degrees of hesitation were found: 12% said yes, they would vaccinate, but only if required for work or family reasons, while 8% said “maybe, but not right now.” In addition, 4% of respondents said they “would not deny it if offered, but would not voluntarily pursue it” or “yes, with serious concerns.” The total doubts of 76% are attributed to various factors, such as distrust in the government or the pharmaceutical industry, lack of sufficient information on the operation of vaccines, listening to conspiracy theories, return in anti-vaccine and other communities, according to the authors.

“We tried to better understand their perceptions and knowledge about COVID-19 and vaccines,” Geana said. “We hoped to find some hesitation among these women, but not at these levels. To some extent, some of these factors can be addressed or corrected through better education and information provided by trusted people. They can also be addressed by interventions of confidence. ‘health literacy like the ones we are developing’.

The authors argue that the results indicate that not only is health education needed for the study population, but no assumptions should be made as to why people hesitate to receive a vaccine. There are legitimate reasons, such as health factors that prevent some from getting vaccines; health care providers, communicators, and others should not rush to judge those who doubt. While there is not much preliminary data available on pandemics and women going through incarceration, the results are in line with previous research findings that low-income groups and women are two of the most significant predictors. of the uncertainty and negativity of the COVID-19 vaccine.

“Probably the number 1 lesson of this study is that there is an immediate need for intervention on both the COVID-19 and COVID-19 tests. vaccine for underserved populations, ”Geana said.

Researchers have also recently published a study that shares the test results of an online health intervention designed to increase health literacy on topics that are considered important for women leaving prison. The study focuses on the development and pilot testing of an online intervention specifically designed to drive women’s health knowledge among the said population deficient in services. Published in Healthcare magazine for the poor and disabled, the study was written by Geana and a team of researchers led by Ramaswamy of the KU School of Medicine.

The researchers partnered with an advisory board, included women the transition from imprisonment, to determining what health issues were important to this audience and the most appropriate format for delivering information. CEHCUP developed the structure and programming of the website and produced multimedia content for health modules on topics of sexually transmitted infections, cervical cancer, reproductive planning and breast health. The KU School of Medicine team tested the effectiveness of the online resource, called SHE WOMEN mHealth Intervention. The project was funded by the National Institutes of Health.

“The way health information is provided to this population is based primarily on face-to-face sessions during incarceration. A doctor or nurse talks to them for about half an hour and continues,” Geana said. “We decided to move away from this model and use several sessions that run smoothly and where users can start with any module they want, when they feel ready to know their health. The web application was designed to collect data so that it could be used as a research platform to capture usability metrics and test its preservation and understanding of the information provided.The research team was also able to interact with participants individually, if necessary. , through the web application “.

The results showed that their knowledge and health literacy improved, and interactions with participants showed great satisfaction with the way the information was delivered. Participants stated that they were grateful to see videos with people reflecting on their communities, to be able to ask questions, to receive text messages from researchers reminding them of participation, and to obtain useful information on topics fundamental to their life and health.

Encouraging results show that an online health literacy intervention can be a successful way to foster knowledge of vulnerable populations in an understandable way, the researchers said, and they plan to study how to make similar programs more available and affordable for similar populations in the country. To this end, the researchers also proposed ten steps for those who want to develop similar programs to promote Health literacy in underserved populations. The main one was to form an advisory board of members of the target audience to identify relevant topics, provide feedback on technology, user experience and content development.

“No matter how a researcher interacts with an underserved population, we will never be able to have the same experience,” Geana said. “The only way to care for them effectively is to have them as part of the research team.”

The study finds a significant mistrust of vaccines in imprisoned populations, which increases the risks

Provided by
University of Kansas