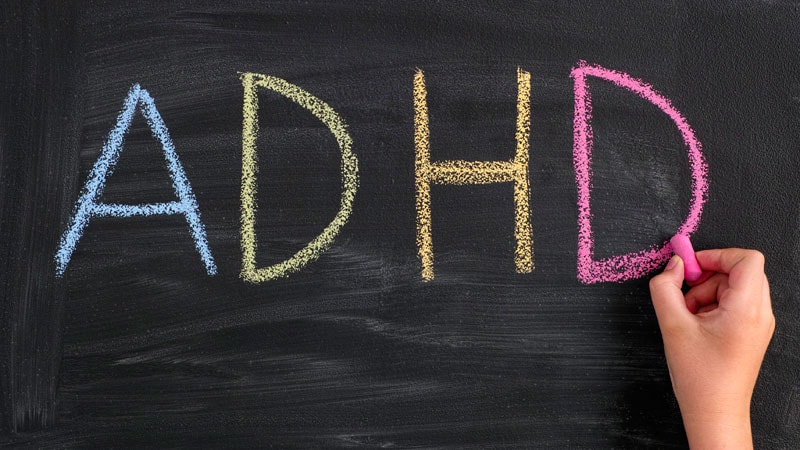 While it is possible that the residual effects of SARS-CoV-2 may lead to an eruption of attention deficit / hyperactivity disorder (ADHD) cases, the World Congress discussed ADHD – The virtual event underlined the fact that this is still a hypothesis. The conclusion is that more data is needed, said Luis Augusto Rohde, MD, PhD, co-chair of the congress’s scientific program committee and moderator of the session: “The residual effects of the 2019 pandemic will reflect the pandemic of 1918: Will We Have Many New Cases of ADHD? “

Given the current pattern of the pandemic, there is not enough evidence to make that a concern, Rohde said in an interview.

James Swanson, PhD, professor of pediatrics at the University of California, Irvine, opined that the biological effects of COVID-19 are likely to have selective effects in children that may produce representative symptoms of ADHD. Using the Spanish of 1918 grip pandemic as a historical reference, estimated that COVID-19 would produce 5 million individuals with new-onset ADHD-related symptoms. “If these cases meet the DSM-5 or ICD-11 criteria, there will be many new cases of ADHD,” he predicted.

David Coghill, MD, a professor of child and adolescent mental health at the University of Melbourne, noted that the sums Swanson presented “are based on maximizing potential rather than looking at sums more realistically.”

Could the 1918 pandemic offer clues?

In a comments, Swanson and Nora D. Volkow, MD, wrote about the “lessons learned” from the 1918 pandemic and how residual sequelae at that time led to a disease with hyperkinetic syndrome in children. “It may be worth considering the hypothesis that the COVID-19 pandemic may lead to a new etiological subtype of ADHD that doctors may recognize in patients in the future,” the commenters wrote.

In the 1918 pandemic survivors, brain inflammation or encephalitis sometimes appeared as residual sequelae, Swanson said. In some cases in adults, these symptoms were diagnosed as “lethargic encephalitis” (EL) and were associated with Parkinson’s disease. In 1930, based on patients evaluated after 1918, researchers Franz Kramer and Hans Pollnow of the Charité Hospital in Berlin described the behavioral manifestation of EL in children as hyperkinetic syndrome, a condition characterized by symptoms. similar to the properties of ADHD: lack of concentration, insufficient goal orientation, and increased distraction. “They even reported autopsy cases describing brain regions that we now know are associated with ADHD from decades of brain imaging studies,” Swanson said.

COVID-19 rarely causes severe respiratory problems in children, but the absolute number requiring hospitalization has accumulated and is now relatively large, Swanson said. One to study of 1,695 cases of severe COVID-19 in children and adolescents used magnetic resonance imaging and detected neural effects in specific brain regions such as basal ganglia and frontal lobes that previous research had associated with ADHD. Approximately 22% of these rare but severe cases had documented neurological impairment and studies of children affected with mild or none of the initial respiratory symptoms of COVID-19 also detected similar selective effects in these brain regions.

A recent survey of medical records of 80 million people that identified 240,000 cases of COVID (mostly adults) revealed that a third had neurological and psychiatric sequelae. Swanson also mentioned one article wrote more than a decade ago about the environmental and genetic factors that gave rise to etiological subtypes of ADHD, which provided a model for the impact of COVID-19 on specific brain regions associated with ADHD.

Estimates are not evidence

The Swanson / Volkow comment contains many references to “could, could and can,” Coghill said. While it is true that COVID-19 could produce a new etiological subtype of ADHD, “the point here is right now, all of this is based on hypotheses,” he said.

It also seems clear that the Spanish flu outbreak of 1918 was associated with significant neurological consequences, Coghill said. Around 1919 and 1920, doctors and researchers in the United Kingdom reported increases in various symptoms among some patients recovering from the flu, such as neuropathy, neurasthenia, meningitis, degenerative changes in nerve cells and a decrease in visual acuity.

The EL cases mentioned by Swanson coincided and reached epidemic proportions alongside the Spanish flu. “However, a causal relationship is far from proven,” Coghill said.

Sol Levy, MD, described a “delinquent illness” after the 1918 pandemic, in which patients presented with a high degree of general hyperkinesia, difficulty maintaining calm, abrupt, awkward attitudes, and “explosive motor release. of all voluntarily inhibited activities. “

However, these deficiencies suggest a much broader presentation than is commonly seen in ADHD, Coghill noted.

Neurological complications occur more frequently than initially thought in severe COVID-19, with estimates ranging from 36% to 84%. But in one systematic review of the neuropsychiatric complications of severe coronavirus infection, the researchers found few psychiatric sequelae of these infections. Although they mentioned an altered concentration and difficulties with emotional capacity, it is very important to remember that these conditions “are cardinal symptoms of a wide range of psychiatric disorders,” Coghill said.

In general, more neurological and neuropsychiatric symptoms are largely limited to those with severe COVID-19, meaning they are much less likely to occur in children and young adults, he said.

If there are serious effects of COVID-19, Swanson replied that “they could have more ADHD than the complex residual effects [Coghill] described. I hope he’s right, but I think there will be biological co-effects of COVID-19 that will produce more ADHD symptoms than other neurological disorders. “

Researchers now see the transgenerational and intergenerational effects of possible infection. “Therefore, I certainly respond to high-quality studies on the effects of maternal and paternal infection on offspring,” Coghill said. Establishing cohort clinical studies to monitor this population would be essential to understanding the risks of SARS-CoV-2. “This could be a way to see an increase in ADHD,” Coghill said.

The reality is that COVID-19 has not existed for so long, and current knowledge about it is limited, he said. Rapid publications, cross-sectional or retrospective data, and poor quality and methodological rigor make generalization difficult. In addition, limited testing and screening probably underestimate the prevalence of neurological and neuropsychiatric complications.

“If history teaches us anything, it’s that we should always measure ourselves in how we pick up on lessons from the past. So let’s not move forward,” he warned.

An informal post-discussion survey of session participants revealed that a slight majority (55% -60%) expected the residual effects of COVID-19 to lead to more ADHD, compared with 40% -45% who did not think so. that this would happen. .

Swanson holds two patents: (PIXA4), which uses a “flight time” camera to measure infant growth and a provisional patent on the mechanism of tolerance to stimulant medication (PATSMTA). Coghill worked for several pharmaceutical companies, but did not make relevant disclosures for this debate.