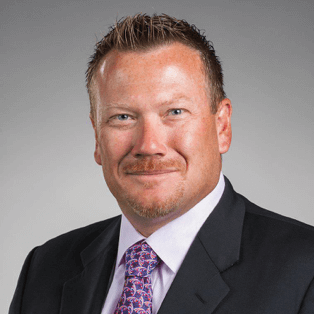 You don’t have to be a news junkie or political aficionado to know that state unemployment information systems massively failed during the COVID-19 pandemic at a time when they were most desperately needed.

Overwhelmed by a rush of newly laid-off workers, websites crashed and timed out while phone lines were tied up for hours, leading to frustration and delays in benefits payments – harming local economies and imperiling American families.

In Ohio, unemployment overpayments reached $ 3.86 billion during the pandemic. In New Jersey, a call for experts in the 60-year-old programming language COBOL was issued to “metaphorically” highlight the age of its systems. In New York, Google rode in to the rescuedelivering an application portal to help the state grapple with a historic surge in unemployment filings.

Medicaid systems are struggling as potential expansion looms
Clearly, many state unemployment information systems are in dire need of upgrades. A similar crisis could be lurking around the corner for Medicaid Enterprise Systems (MES, previously known as Medicaid Management Information Systems or MMIS), which share many commonalities with their counterpart unemployment systems, according to a Health Affairs article by economist Jack Meyer.

Specifically, each are characterized by “old-fashioned IT systems” and are also plagued with “glaring gaps in eligibility and coverage, insufficient coordination across programs separated by silos, and chronic underfunding,” Meyer states. These antiquated systems are in need of far more than just a mere “upgrade,” which he likens to filling potholes on an old one-lane highway when a four-lane interstate is really what the future demands.

For Medicaid, the threat comes as potential expansion looms. Senate Democrats recently introduced a bill that would extend a Medicaid-like program to the 12 states that have not expanded Medicaid under the Affordable Care Act.

Further, the Biden administration has sought to more heavily emphasize value-based contracting arrangements in future Medicaid payment models. Value-based care greatly depends on reliable data and analytics to enable payers and providers to collaborate on ways to improve quality, reduce costs and improve the overall patient experience. Some of today’s Medicaid systems may collapse under the weight of such data and analytics requirements.

Transforming Medicaid: A way forward
However, there are a number of steps stakeholders can embark on to transform Medicaid into a modern, patient-centric program that efficiently delivers essential care to the nation’s most vulnerable populations. Following are three suggestions for a way forward for the Medicaid of tomorrow:

1. Consider more CMS oversight: Between 2008 and 2018, states spent a total of $ 44.1 billion on their MES and eligibility and enrollment systems, according to a 2020 report by the Government Accountability Office (GAO). The US Centers for Medicare and Medicaid Services (CMS) reimbursed states $ 34.3 billion of that amount.

CMS has stressed the importance of reducing duplication by sharing and reusing Medicaid IT, and some states have already taken the initiative to share systems. Additional support from CMS could result in additional sharing initiatives and potential cost savings, according to the GAO.

By working with a cooperative purchasing organization, states are able to leverage their spending through a single solicitation with the best value and superior contract terms. The NASPO ValuePoint program endeavors to focus on price, quality, reliability, warranties, and service, while protecting states’ interests with favorable terms and conditions.

3. Leave no stone unturned: As with unemployment information systems, too many states today rely on mainframe computers and programs such as COBOL and FORTRAN that are relics from the 1980s, Meyer argues in Health Affairs. These outdated systems encompass nearly all aspects of state MES operations, including eligibility determinations, enrollment, claims processing, and information retrieval.

Medicaid officials should leave no stone unturned when investigating opportunities for transforming existing systems to automate many of the manual workaround functions embedded within other legacy MMIS solutions.

For Medicaid patients, navigating what may be an unfamiliar and confusing system is exasperating enough; they shouldn’t have to additionally struggle with Reagan-era information systems that make it challenging to confirm basic information such as eligibility, benefits and payment status. To avoid any possibility of a repeat of the COVID-era unemployment information systems’ meltdown, Medicaid programs should explore ways to transform their information technology today.

A senior executive with three decades of experience managing technology solutions within the manufacturing, CPG and healthcare industries, Brett Furst serves as President of HHS Technology GroupLLC a software and solutions company serving the needs of commercial enterprises and government agencies.

How Healthcare Providers Are Adapting in the Era of Telehealth, and Why Radiology was Uniquely Suited to Go Hybrid