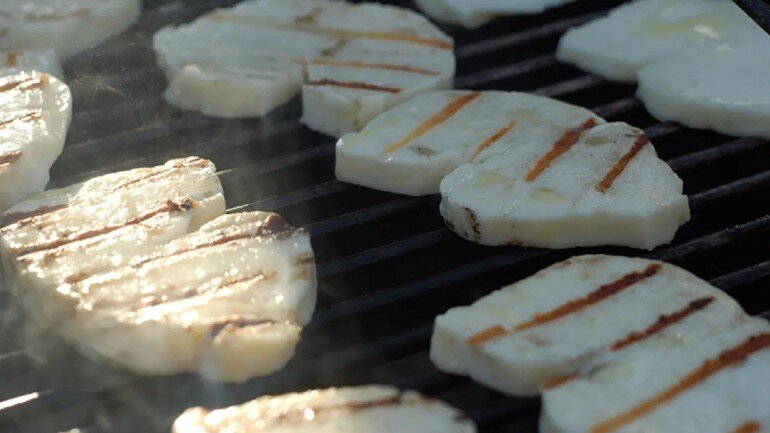 Do you think you are doing the environment a favor when throwing a vegetarian alternative to barbecue? Swedes don’t, and as it stands, they may be the only ones who feel embarrassed when touched with a halloumi burger.

Many of us struggle with feelings of guilt when we buy suspicious or cheap clothes or book flights to distant places, but for Swedes there is a new one. shame what they can deal with and what they can get when they navigate the cheese aisle of the local supermarket.

“Halloumiskam” (shame halloumi) is a Swedish concept, says Kristofer Hansson, an ethnologist and tenured professor in the Department of Social Work.

Grilled cooking instead of a piece of meat is popular in Sweden as it is perceived as a healthier and more sustainable alternative. Sweden is also one of the countries in Europe, after Cyprus, that buys more halloumi.

The concept emerged in 2019, the year the nation actually adopted the cheese, when the World Wide Fund for Nature (WWF) criticized Cyprus, the country of origin of the cheese, for having used large amounts of preventive antibiotics in livestock.

As a result, sales of halloumi-like cheese made by small Swedish agricultural dairies skyrocketed.

“Instead of basing your choice on the grocery store on rational facts, now the individual also needs to relate to their choices more emotionally. This is a development that applies not only to the grocery store, but also on holiday trips or buying clothes.

“Concepts such as flying shame, fashion shame, and halloumi shame can be said to illustrate this individualization of complex problems,” says Hansson, who studied the notion in relation to an antibiotic resistance research project.

Hansson also observed how the new Swedish shame was used as a way to make fun of themselves. Use a Batman meme from a satirical Twitter account as an example. The message of the picture was: ‘the bad thing about Sweden is that halloumi cheese received more news time on national television than a double murder.’

“It was noted that a double murder did not receive enough attention in the news due to the discussion about halloumi cheese and the associated shame during the summer of 2019. But it could also be read as an irony of the Swedes’ relationship with the idea of ​​halloumi shame and fear of making the wrong decision, “says Hansson, who adds:

“It’s as if the individual, no matter what he does, could not do the right thing. There will be a gap between those who suffer the shame they feel and those who can laugh with a ‘I’m ashamed halloumi tonight’ comment to the same time they put halloumi cheese Grilled Cyprus “.

Provided by the University of Malmö

Citation: Why are Swedes so ashamed to eat halloumi cheese? (2021, June 2), retrieved June 2, 2021 from https://medicalxpress.com/news/2021-06-swedes-ashamed-halloumi-cheese.html