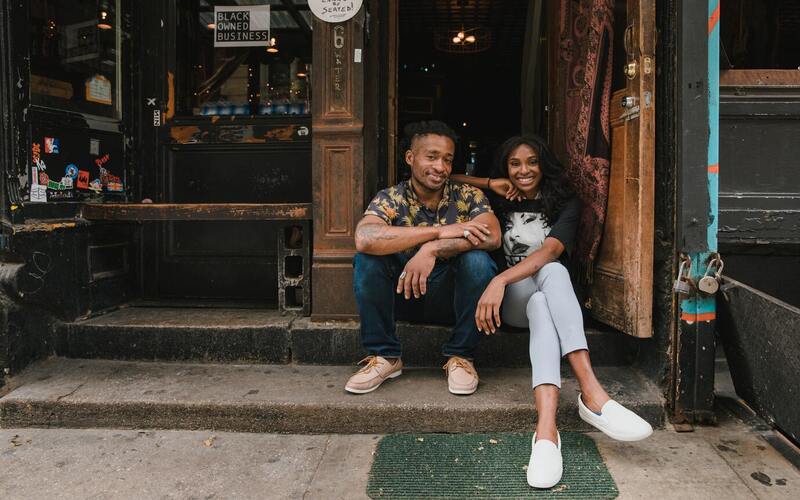 If I get one more question about the term social equity in cannabis, I’m going to answer it again, because there’s serious confusion about what social equity means and why the social equity programs being created in states across the country are good for the cannabis industry.

Social equity seems like a term that should be easy to define. However, it isn’t being used consistently by our industry or by state social equity programs.

At the same time, diversity, equity, and inclusion (DEI) programs are also being created, and there’s a misunderstanding about this concept, too. Let’s have a conversation so we’re all on the same page.

In the past few years, cannabis social equity programs have been developed by more than a dozen states and cities as part of legalization.

The primary goal of these programs is to ensure that people from communities disproportionately harmed by cannabis prohibition and discriminatory law enforcement are included in the emerging legal cannabis industry.

The National Association of Cannabis Businesses (NACB) has created a Social Equity Model that has served as a roadmap for policy and program development in this area.

These policies and programs give the promise of hope for the continued movement toward social equity in the industry.

“Social equity” refers to remedying the harm that was caused by the prohibition of cannabis. The key term here is “harm.” Some continue to deny the fact that people of color have been disproportionately harmed by cannabis prohibition.

Incarceration rates tell a different story. In 2018, 84% of those sentenced at the federal level for cannabis were people of color, according to the U.S. Sentencing Commission.

A 2020 report by the American Civil Liberties Union indicated that although cannabis usage rates are the same, on average black people are 3.64 times more likely than white people to be arrested for possession of cannabis. In some states, that ratio is closer to 9: 1.

It has been established that cannabis prohibition has its roots in racist beliefs.

If you question this, Google Harry Anslinger, the US government official who created the war on drugs, and who made public statements like, “Marijuana influences Negroes to look at white people in the eye, step on white men’s shadows, and look at a white woman twice. ”

Anslinger was the commissioner of the U.S. Treasury Department’s Federal Bureau of Narcotics for 32 years. His racist beliefs and actions had a large and lasting influence on the beliefs and action in drug enforcement nationwide.

Now, recognizing that some communities and individuals have paid a much higher price in the war on drugs than others is foundational to the success of social equity programs.

This aspect of cannabis history deserves more attention than I can give here, so please take time to research this topic. What you learn might either solidify your beliefs or honestly, shock you.

Let’s move on to DEI, which refers to programs and practices for increasing participation by those historically underrepresented in society. Many states have merged DEI into their social equity programs with the intention of helping as many people as possible.

Though this has been done in good faith, it’s not effective. When social equity and DEI are merged, those who truly were harmed by the war on drugs feel slighted and are left fighting to receive the attention and benefits they need in order to remedy the harm and access the necessary tools to succeed in the industry.

So, what is the solution? As we race forward with social equity programs, let’s keep the idea of ​​those who were harmed at the forefront and create two different programs – programs which satisfy two different needs.

The first step is making sure that social equity programs adhere to the fundamental concept of providing a remedy, and identifying what harm was caused to whom.

Social equity programs that follow this concept will ensure that those harmed by cannabis prohibition are included in the industry.

Then, DEI programs can support everyone being a part of the industry in greater, more proportionate numbers.

The primary goals of good DEI programs are to ensure everyone has a voice and feels included in their workplace. Effective DEI programs recognize that people have diverse needs and requirements in order to get their job done.

They help organizations be flexible and open to how an individual works best and find ways to give employees the diverse resources they need to succeed on the job.

As DEI programs continue to evolve, we have learned that small changes in operational procedures – changes that do not have to be costly – can lead to significant results.

Examples include, some organizations now use non-gender-specific pronouns like them / they to be more inclusive. Others are revising job descriptions to remove gendered language, and including “college degree preferred, not required” in some job postings.

Hiring technologies are available that reduce unconscious bias, from masking candidates’ names from interviewers to pre-hire assessments that control for adverse effect on protected classes.

Fortunately, reducing bias in talent acquisition is a priority for 93% of companies. These are only a few elements that not only can provide greater productivity through different thoughts but also lead to increased productivity, all by being more inclusive.

Cannabis companies can and should be ahead of this curve. Like social equity, DEI deserves more attention than I can give it here, so again I encourage you to learn more.

Let’s clear up the confusion about who will act on social equity and DEI, too. State and local governments push social equity programs forward, but it is our responsibility as neighbors, citizens, business owners, and employees to push for greater diversity in cannabis as well.

Social equity and DEI programs are both urgently needed to ensure that everyone can take ownership in and have access to the benefits of the legal cannabis industry.

The cannabis industry needs diverse participation to make the most positive impact possible. We all need to understand these basics in order to move the industry forward.

This article was first published in the winter 2021 issue of Cannabis & Tech Today. Read the full issue here for free.

Photo by RODNAE Productions from Pexels.

Savvy Retailers Use CRM Software to Gain a Competitive Edge