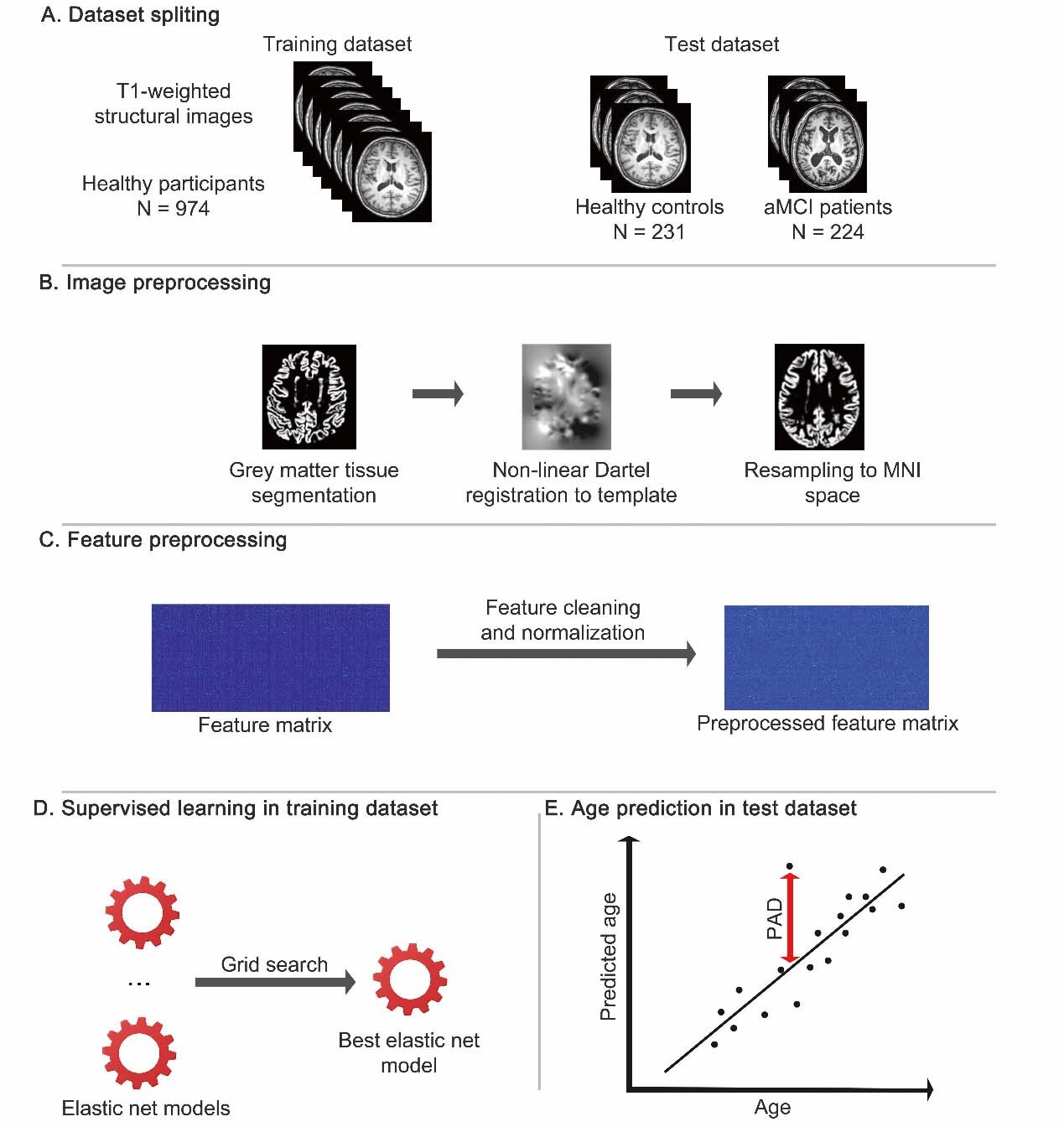 Amnesty mild cognitive impairment (aMCI) is a phase of transition from normal aging to Alzheimer’s disease (AD). People with ICM have more severe than normal memory deficits for their age and education, but not severe enough to affect daily function.

For the study, Ni Shu, Ph.D., of the State Laboratory of Cognitive Neuroscience and Learning at Beijing Normal University in Beijing, China, and colleagues used an machine learning approach to train a prediction of brain age model based on T1-weighted MR images of 974 adults without from 49.3 to 95.4 years. The trained model was applied to estimate the expected age difference (expected age vs. actual age) of patients with ICM in the Beijing Aging Brain Rejuvenation Initiative (616 healthy controls and 80 aMCI patients) and the Disease Neuroimaging Initiative Alzheimer’s (589 healthy controls and 144 aMCI patients) data sets.

The researchers also examined the associations between the predicted age difference and cognitive disabilities, genetic risk factors, pathological biomarkers of AD and clinical progression in patients with ICM.

“The predictive model we generated was highly accurate in estimating the chronological age in healthy participants based only on the appearance of MRI scans,” the researchers wrote. “In contrast, for aMCI, the model estimated that brain age was greater than 2.7 years on average longer than the patient’s chronological age.”

The combination of the predicted age difference with other AD biomarkers showed the best performance in differentiating progressive aMCI from stable aMCI.

“This work indicates that the predicted age difference may be a robust, reliable, and computerized biomarker for early diagnosis of cognitive impairment and monitoring of response to treatment,” the authors concluded.