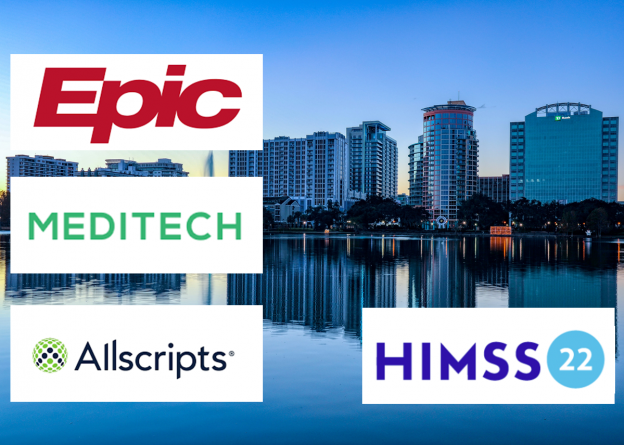 However, for Epic, Cerner and Meditech, most of their direct ambulatory customer base is composed of practices that are owned by a customer health system, such as an IDN. Implementation challenges, cost, and a lack of SaaS-based offerings have limited their uptake in independent and physician-owned practices. The announcements by Epic and Meditech both move to address this issue. Although the situation is not quite as straightforward as it seems.

For several years Epic has already indirectly addressed this market via its “Community Connect” program, which allows health systems to extend their Epic instances to nearby independent medical groups and practices. Typically, as an Epic-dominated IDN acquires practices it will (over time) migrate these practices to a common instance of Epic. Community Connect has enabled this to go further, allowing non-owned practices to also leverage the same Epic instance (as described below). This strategy has proven highly successful for Epic with more than 40,000 providers now accessing Epic via this solution. Garden Plot extends this strategy further, allowing practices to procure Epic’s EHR outside of any relationship with a health system / IDN.

The move takes both companies into a market that will bring significant challenges. The overall TAM is in fact decreasing because the share of physicians that work for independent practices has been falling, as health systems and IDNs have acquired practices at a rapid rate (shown below). Further, the number of individual customers is also shrinking as the ecosystem moves towards one where larger practices account for a greater share of the independent sector. Epic’s solution is only available initially for this larger practice sector (> 40 physician practices). Additionally, there are no greenfield opportunities in this market, as all practices already have EHRs in place, so every win will be via competitor displacement.

So why the move?

For one, the below dynamics are slightly misleading; while the number of independent practices decreases, health IT spending per physician is increasing as a greater depth of functionality is integrated into the EHR (eg, telehealth, population health management, analytics, care coordination tools, booking management, patient relationship management, prescription decision support, etc.). The independent practice EHR market is still growing in terms of revenues, particularly in the larger practice segment.

Both companies will also be looking at the markets that they already address and viewing these as getting tougher in terms of driving future growth. Both rely heavily on the US inpatient market for existing revenue. It is a market that is largely consolidated around Epic, Cerner, Meditech and Harris / Allscripts and while there is some churn between vendors and new investment in terms of IT breadth, it is a market that is also offering fewer growth opportunities than those seen. over the last 10 years. Expanding into new domestic verticals is one of only a few options available for companies addressing the market. Both Epic and Meditech have pushed to expand their international business and while having some success, US expansion has been much more of a driver for growth compared to international.

There will also be some customer pull at play. For an IDN using either Epic or Meditech, future expansion via practice acquisition will be high on the agenda. A key pain point for IDNs going through this process is EHR integration / migration. Epic has already addressed this well via its Community Connect program and adding a large installed base of independent practices using Garden Plot will further cement its credentials as the supplier-of-choice for any IDN with big expansion plans (ie most!).

All Change at Allscripts

Allscripts’ announcement prior to HIMMS was a much broader change compared to the above. After several years that have seen the company struggle in terms of revenue growth and inpatient / health system market share, the company has essentially split, with its inpatient, community hospital, international, value-based care and large-practice business moving to Constellation Software -owned Harris Computer Corp and the remainder – Veradigm, Allscripts Professional and the legacy Practice Fusion business – making up the remaining entity (illustrated below). HIMSS came at the wrong time for Allscripts in this respect with only a small, much reduced, presence during the event.

Harris also has several independent practice EHR solutions aimed at smaller organizations that it has gained over the years via acquisition (Amazing Charts, Pulse, Doc-tor.com). However, Harris has historically not integrated its acquisitions into a common structure and instead has tended to continue to operate acquired companies as independent vendors. Taking all its logos into account it now has an extremely broad offering; however, it remains to be seen whether this acquisition will precipitate a more integrated approach; history suggests probably not.

Of the remaining business that Allscripts is keeping, the vendor is hedging its bets, not on significant growth from the independent practice EHR business (giving guidance its provider business is expected to grow 3-4% annually), but instead leveraging the data held in the legacy Practice Fusion product to sell analytics and clinical research tools via Veradigm to life science vendors and payers, where its guidance suggests annual growth will be in the region of 20-25%. This is the smallest part of the remaining business at present (18% of revenues in 2021); however, clearly where it sees the value of the business in the medium-term.

All three of these announcements will have an impact on the ambulatory EHR market in the US. Expect Epic and Meditech to make inroads into the independent practice market, particularly in the large practice segment. Epic has already demonstrated it can do this via Community Connect. Garden Plot, if priced at a competitive level, has the potential to continue this. Meditech has gained many acclaim since launching Expanse several years ago, and like Epic it has experience serving the ambulatory market via its health system customer base. The competitive environment will become even tougher for those remaining vendors only serving the ambulatory segment.

The jury is out on the longer-term impact of the Allscripts deal. Prior to the split, a bloated, ever-changing portfolio (through M&A) had hampered the company in terms of success. For the segment going to Harris, history suggests that this issue may not be addressed; however, the combined company has all the pieces in place to be a global heavyweight in the healthcare IT market. A clear product strategy and integrated vision for its component operations are needed to maximize its potential. For the remaining business, as already mentioned, future growth is pinned more on the life science and payer market, rather than ambulatory EHR.