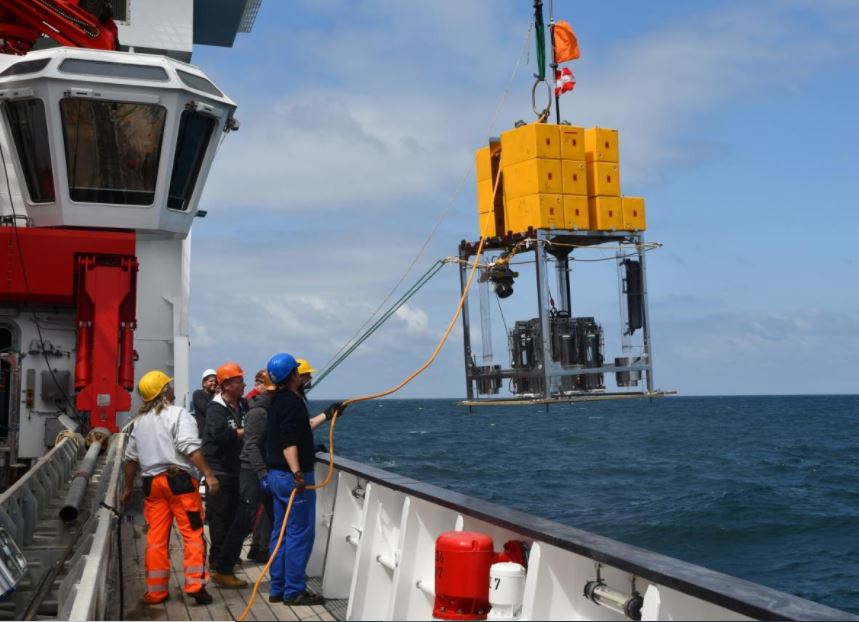 Aboard the German research vessel Sonne off the coast of Chile, ready to take 8-kilometer-deep samples in the Atacama pit system. Photo: © Anni Glud, SDU

A multinational team of scientists has discovered unprecedented amounts of mercury in the deepest trenches in the Pacific Ocean that exceed any value ever recorded in remote marine sediments.

The study, published in the journal Scientific Reports on Wednesday a multinational effort was made with the participation of scientists from Canada, Denmark, Germany and Japan. Researchers report the first direct measurements of mercury deposits in one of the most difficult environments on Earth.

The researchers took measurements of mercury in sediments up to 10 kilometers (6.2 miles) below the surface of the Pacific, according to CTV News Canada. The study’s ocean trenches included the Atacama Trench, off the coast of Peru and Chile, and the Kermadec Trench off the coast of New Zealand.

Principal Professor, Professor Hamed Sanei, The director of the Lithospheric Organic Carbon (LOC) Laboratory of the Department of Geoscience at Aarhus University, stated that the amount of mercury discovered in this area was even higher than many areas directly contaminated by industrial releases.

“The bad news is that these high levels of mercury may be representative of the collective increase in anthropogenic Hg emissions in our oceans,” he said. “But the good news is that ocean trenches act as a permanent landfill, so we can expect the mercury that ends up there to be buried for many millions of years. Plate tectonics will carry these sediments deep into the upper mantle of the land “.

“But even though mercury is removed from the biosphere, it is still alarming how much mercury has ended up in the ocean trenches. It can be an indicator of the overall health of our oceans. ”

Scientists recorded measurements of mercury at up to 400 nanograms (ng), while mercury levels in other parts of the world’s oceans have been recorded at less than 80 ng, on average. Sediments in the Atacama ditch had higher mercury levels than the Kermadec ditch.

Natural Resources Canada research scientist and co-author of the study, Peter Outridge, said the study “will help fill a key gap in knowledge of the mercury cycle: the actual rate of mercury removal from the environment global to deep ocean sediments. ”

The Kermadec Ditch is a linear ditch in the South Pacific Ocean, stretching about 1,000 kilometers (620 miles) from the Louisville Seamount Range in the north to the Hirurangi Plateau in the south. northeast of the northern island of New Zealand. Along with the Tonga pit to the north, it forms the 2,000-kilometer (1,200-mile) long, nearly linear Kermadec-Tonga Sunduction system.

Convergence rates along this subduction system are among the fastest on Earth and move 80 millimeters (3.1 inches) a year. The Kermadec Trench is also one of the deepest ocean trenches on Earth, reaching a depth of 10,047 meters (32,963 feet).