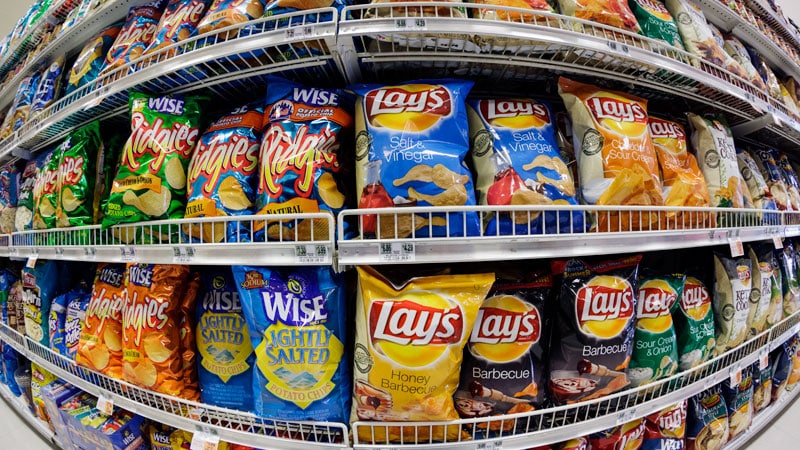 High consumption of ultra-processed foods in childhood modifies the metabolome and is associated with an increased risk of suffering obesity, according to an extensive study on children and adolescents in the UK.

“Deepening in metabolic changes, both analyzes [one in children aged 7.5 years, and the other in adolescents] showed changes in fatty acid profiles, characterized by reduced levels of omega-3 fatty acids and a change in lipoprotein profile from HDL [high-density lipoproteins] and VLDL [very low-density lipoproteins]Robinson said Medscape Medical News.

“These changes are consistent with established metabolic risk factors for the later development of cardiometabolic diseases,” he stressed.

Handakas added that altered metabolomics profiles “increase the risk of children being overweight [or develop] obesity, and the results reveal the significant role of nutrient-poor diets and lifestyle behaviors in metabolic dysfunction in children and adolescents. “

Phenylalanine and tyrosine were also found to be negatively associated with ultraprocessed foods. “They are essential essential amino acids for our diet,” he added.

Asked for comment, session coordinator Maria Bryant, PhD, a lecturer in nutrition for public health at York University, said: “The first thing that caught my attention was the finding that it was reported that more than 60% of daily consumption was ultra-processed food in this population. ”

However, “it is not yet clear whether these associations are a direct result of the consumption of ultra-processed foods or a consequence of the consumption of less healthy foods,” he stressed. “We could hypothesize, for example, that teens who consume very high amounts of ultra-processed foods are less likely to consume foods high in omega-3 fatty acids, such as fatty fish.”

There is growing evidence that ultra-processed foods are related to weight gain and overweight, Handakas noted, but what is not clear is what is happening at the molecular level.

With this in mind, the researchers wanted to investigate the associations between the consumption of ultra-processed foods and the metabolome, and their role in the risk of overweight and obesity during early childhood (mean age 7.5 years) and adolescence.

Data were extracted from the Avon longitudinal study of parents and children (ALSPAC study) and involved dietary intake assessed by a 3-day food diary at 7 and 13 years of age, supplemented with interview material by a nutritionist and metabolomics data at 7 and 16 years of age. Levels of physical and sedentary / socioeconomic activity were determined using a questionnaire and anthropometric data were also incorporated into the analyzes at 7, 9, and 16 years of age.

The level of consumption of ultra-processed foods was calculated as the proportion of calories (kcal) of total daily calorie intake. The degree of processing involved in the preparation of various foods was determined by the NOVA classification, which classifies foods into one of four groups based on the degree of processing: 1) unprocessed or minimally processed foods, e.g., fruit or eggs ; 2) processed culinary ingredients such as salt, sugar and vegetable oils; 3) processed foods, for example, freshly baked bread; and 4) ultra-processed foods that are ingredient formulations, primarily mass-produced packaged products, such as cookies, that are low in essential nutrients and have a high content of sugar substitutes and are likely to be consumed in excess.

Nuclear magnetic resonance spectroscopy was used to analyze the metabolomics profile of blood plasma samples from more than 4,500 children.

The analysis showed that the proportion of ultra-processed foods in the total food consumed daily (in kcal) was 61.1% on average at the age of 7.5 years (average) and 57.8% at age 13 (adolescence).

By mid-year, 128 of the initial 232 metabolic traits showed a significant association with ultraprocessed food consumption and 98 of these associations remained after adjusting.

A diet with a higher proportion of ultraprocessed foods was negatively associated with metabolites, including docosahexaenoic acid (DHA) and omega-3 fatty acids (generally considered biomarkers of fish consumption), tyrosine, and BCAAs (leucine). , valine and isoleucine). such as small (medium and large) HDL (“good” cholesterol).

In addition, in middle childhood, the results showed that citrate and small, medium, and large VLDL were positively associated with ultraprocessed food consumption. VLDL particles are mainly composed of triglycerides and increased levels are associated with cardiometabolic disease and usually indicate a lower quality diet.

Robinson made additional comments about changes in smaller, non-lipid molecules in the analysis of childhood: “The decrease in BCAAs is particularly interesting. [Many studies] they show that their levels regulate appetite and have positive effects on metabolic parameters “.

“In a recent document randomized control trial in ultra-processed foods, the latter were found to be associated with increased food intake and therefore these metabolites may exhibit a mechanism by which ultra-processed foods have effects on appetite regulation, ”he postulated.

In adolescence, 79 metabolic traits showed a statistically significant association with ultraprocessed food consumption, and 19 of them remained significant after further analysis.

Preliminary study data show that BMI increased significantly by an additional 0.33 kg / m2 for 2 years in childhood for each 1% increase in the proportion of ultra-processed foods in the diet.

Finally, the researchers conducted an analysis to find out whether any particular metabolite mediated the effect of high consumption of ultraprocessed foods at 7 years on BMI at 9 years. They found about 20 who provided evidence of mediation. Additional analyzes continue.

Handakas and Robinson have not reported any relevant financial relationships.