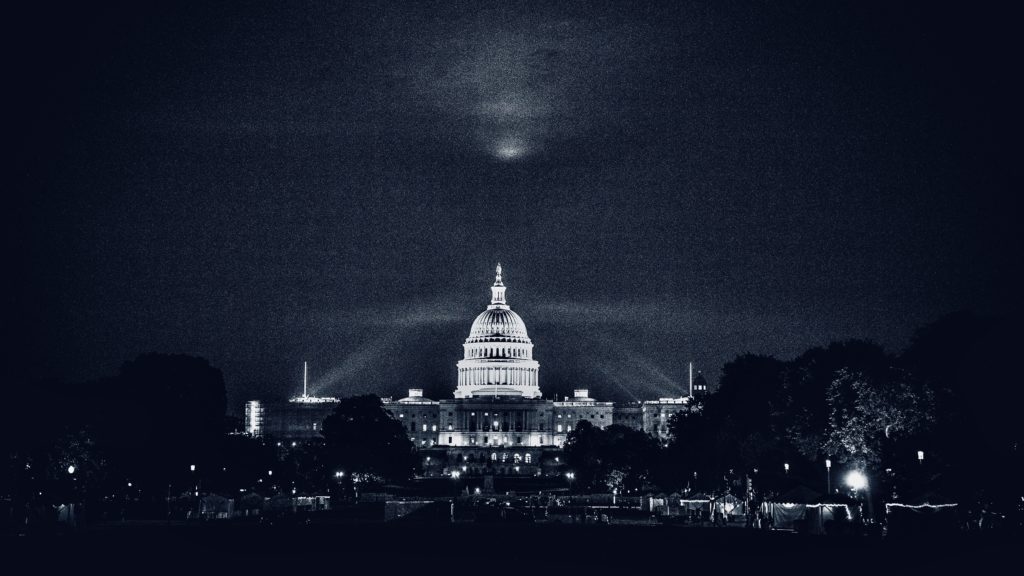 Last week’s uprising at the U.S. Capitol will live on in infamy. Twitter suspends Trump and Facebook and YouTube remain the same. It may be one of the most historic moments in the history of the web.

Some thoughts on how we got here and where we can go. This first appeared in the 33-graphic newsletter. You can subscribe here to get things like this directly into your inbox.

At every step of the media we find simple and reactive solutions that tell us that they would have avoided the disaster of the capital. It seems that the only guilt of Facebook and Twitter is with the idea that they did not cancel the president’s accounts before.

These platforms are designed to prioritize and commercialize our attention for emotional reaction. The capital crisis was the result of deliberate filtering and a specific concentration of perverse conspiracy thoughts among a population positioned to believe it all. And all amplified through a tribal mentality where authority is gained through sensationalism and raw emotion. Discord and division over design drive the attention that keeps us strengthened and engaged. It is this perverse model that fed the evildoers who stormed the Capitol last week.

Tristan Harris a MIT Tech Review this week on how these platforms manipulate the average user:

YouTube referral algorithms, which determine 70% of daily viewing time for billions of people, “suggest” what they want to be like videos, but actually drive viewers to more extreme, negative, or conspiratorial content. , because that’s what keeps them on their screens longer. For years, YouTube recommended “thinspiration” (videos that promote anorexia) to teenage girls watching videos about “diet”. And when people watched science videos about NASA’s lunar landing, YouTube recommended videos about the conspiracy theory of the flat Earth. He did it hundreds of millions of times. News channels and recommendation systems like this have created a downward spiral of negativity and paranoia, slowly decoupling billions of people who perceive reality from reality itself.

Harris solutions for information reform get to the point where these platforms can and should do more than see our attention behavioral surplus to harvest.

While we want to blame Big Social for the attack on our attention, we need to look at ourselves and how we spend our moments and exercise our bandwidth. Part of that is our problem. Many of us have chosen to live, breathe, and unite our souls to these platforms. We have empowered them with our attention and our livelihoods. And the degree to which we have all leaned toward these networks makes us all, in some small way, a part of the Capital disaster.

Accusing Trump would not have prevented the mess

Some of the the smartest people in the room they have suggested that the blame here does not lie with Mark Zuckerberg or Jack Dorsey, but with the US Congress and its failure to remove the president earlier. But his removal months ago would have done nothing to prevent the fungal growth of anti-government conspiracies that fueled the capital’s attack. The removal of the president would not have stopped the encouraged distribution of misinformation among people who do not know when or even how to question what they read. And the belief that some half-baked moderation algorithm will solve society’s deepest problems is a magical thought.

A fundamental law of the physics of social media: Unable to control conversation. And in this case the conspiracies are hard to contain.

If nothing else, this issue has shown how powerful Jack Dorsey and Mark Zuckerberg really are. As Kevin Roose points out in New York Newsthis week:

The names of Mr. Dorsey and Mr. Zuckerberg have never appeared on a ballot paper. But they have a kind of authority that no elected official on earth can claim. This power appears mainly in subtle, unspoken ways, such as the tremendously quiet video and hostage that Trump filmed on Thursday, hours after Twitter and Facebook threatened to delete his accounts …

These companies, corporate autocracies masquerading as mini-democracies, often portray their moderation decisions as the result of a kind of due process of formulation, as if “not inciting an insurrectionary crowd” had been in the guidelines of the community all the time. But high-stakes calls like these are usually reduced to intestinal decisions made under extreme coercion. In this case, Mr. Dorsey and Mr. Zuckerberg considered the evidence, consulted their teams, weighed commitments and the risks of inaction, including the threat of a workers’ revolt that could damage their ability to attracting top-tier talent. He had seen enough.

As proof of this power, we have come to rely on networks like Twitter and Facebook to collect and share information. They have become the framework on which we connect with the world and with each other. That is why 21st century citizens face the illegitimate choice to participate or stay out of public discourse. Our human agency has become the cost of social participation.

This week it has been suggested to a lot of media that Twitter works as a utility and we all have every right to use it. But no matter what any expert wants you to believe, these private platforms have the right to restrict what we say and how we say it. And while we were busy tweeting, we allowed public commons to be controlled by a limited number of centralized entities.

The short-term strategy of strengthening the moderation of Facebook and Twitter will play well for the media and users. It’s a way to control what’s going out of control. But in the long run, I’m not sure about the sustainability of Mark Zuckerberg and Jack Dorsey independently watching the global conversation.

And that’s not just my idea.

Tim Berners-Lee, who launched the World Wide Web, sees what is happening. Their answer to the problem is the technology that provides individuals with more power. He is collaborating in the foundation of Interrupt, a Boston-based startup that provides online personal data stores where each person can control their own data in a little server space.

Mr. Berners-Lee’s view on the sovereignty of personal data contrasts with the model of harvesting and accumulation of large technology companies. But it has some echoes of the original web formula: a set of technological standards that developers can use to write programs and that entrepreneurs and businesses can use to create business.

As he says, the goal is to move towards the website I originally wanted. And check out his work with the NHS – he can offer a new model of interoperability and a true personal health record.

Ben Thompson (the smartest guy in the room) a Strategy describes Internet 3.0 as an escape to our closed and centralized roots Internet 2.0:

… if the priority for a growing number of citizens, businesses and countries is to escape centralization, the answer will not be competent centralized entities, but rather a return to open protocols. This is the only way to match and perhaps surpass the R&D advantages of centralized technology companies; open technologies can be worked on collectively and forced individually, reaping both the benefits of scale and the inevitability of sovereignty and self-determination.

This process will take years; I would expect European governments, in particular, to initially try to build their own centralized alternatives. These efforts, however, will be based on the lack of R&D capabilities and will be overcome by open alternatives that may not be as complete and easy to use as the great technological offerings, at least in the short or medium term, but possess the killer feature of not having a San Francisco switch.