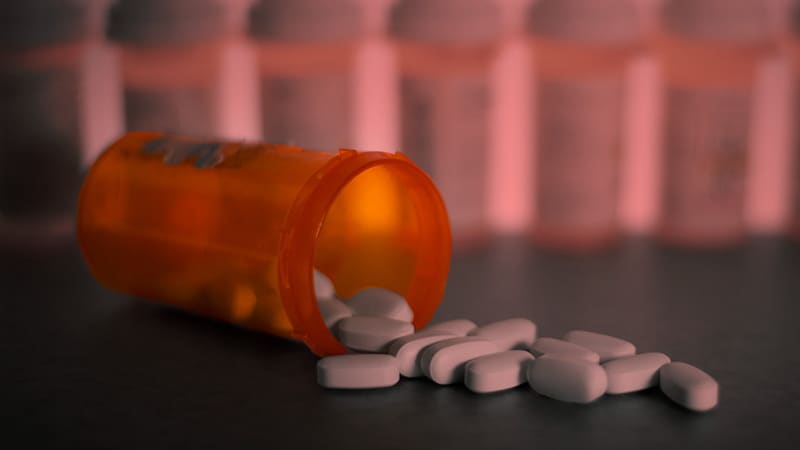 For pain related to skin disorders, dermatologists should generally consider management as their direct responsibility without referrals, according to an expert who outlined their strategies at the American Academy of Dermatology Virtual Meeting Experience.

Exceptions mainly refer to patients with problems that complicate pain control, such as those with psychosocial problems that aggravate the pain response, drug-seeking behavior, or both, depending on Robert G. Micheletti, MD, head of hospital dermatology, University of Pennsylvania, Philadelphia.

To stay out of trouble, Micheletti advocated a systematic approach to pain control that included documentation, clear expectations, and low opioid use only at the lowest acceptable dose during the periods measured in days.

Using a case of pyoderma gangrenosa to make several points, he acknowledged that some patients present with a level of pain that justifies a short course of opioids, but this is not their first step. Rather, the initial focus, after administering standard therapies for this disease, is wound care, which often alleviates symptoms. Add non-pharmacological treatments, such as ice, heat, and rest, as appropriate. The initial pharmacological approach is to alternate doses of NSAIDs and acetaminophen.

“If necessary, a short course of opioids is reasonable for patients with acute pain,” he acknowledged. But he wants to avoid providing more opioids than necessary to address the initial period of acute pain. In the event that pyoderma gangrenosa, suggested that a typical prescription could be 12 5 mg pills oxycodone taken every six hours. A follow-up appointment within a week provides the opportunity to re-evaluate.

“Set clear expectations,” Micheletti said. This includes explaining that the goal is manageable pain, not complete pain relief, which often cannot be achieved. For painful conditions such as gangrenous pyoderma, suppurative hydradenitis, o vasculitis, a short course will generally be enough to overcome the most important inconveniences.

There are several reasons why Micheletti encourages dermatologists to take responsibility for pain related to skin diseases. One is the potential for common inefficiencies and delays in referrals, but another is the value of the dermatologist’s experience in judging pain as a symptom of the disorder. With effective treatment, the pain must resolve on its own.

“If the patient doesn’t get medically better, switch therapy,” Micheletti said. When referring to a non-dermatologist, the pain expert may not recognize the persistent pain that the underlying disease reveals.

On several occasions, Micheletti stated that dermatologists should monitor pain related to skin disorders because of their ability to assess complaints in the context of the disease.

“We are the experts. We need to understand when what we are seeing has to be painful or not,” he said. He added that dermatologists are also in the best position to judge “when analgesia is no longer necessary.”

By this same logic, dermatologists are in a good position to distinguish nociceptive pain from neuropathic pain. Some diseases are likely to have both, and this should influence the choice of pain relief. Appoint a patient with calcifilaxi as an example, Micheletti suggested that medications are effective against neuropathic pain, such as gabapentin, should be one of the options to consider before switching to opioids. However, in those with enough pain to justify an opioid, Micheletti would consider it tramadol, which acts on both types of pain.

Treating pain is not always easy, Micheletti acknowledged. For example, depression and mood disorders are known to exacerbate pain and are reasonable pain control goals. Stress related to disruptive psychosocial problems may be another risk factor for pain.

“Be prepared to recognize and deal with these kinds of issues,” Micheletti said. While these are the types of patients that some dermatologists might prefer to refer to a pain specialist, he said the contribution of factors outside of skin diseases should not be allowed to obscure a source of pain. dermatological.

“Just because a patient has psychosocial problems doesn’t mean there is no pain,” he said.

A systematic approach to pain assessment and treatment will help solve these problems, but Micheletti also said, “Know your comfort zone.” When patients need opioids, there are several important or mandatory appropriate steps to provide adequate protection to the patient and the physician. In addition to the documentation, it is reasonable to verify that the patient does not obtain opioids from other prescribers, a mandatory step in some states.

When opioids are needed, Micheletti suggested a standard approach that includes short courses without refills. He recommended avoiding opioids and long-acting medications that are not commonly used by painless specialists, such as codeine, hydrocodone, o fentanyl.

“This is not a situation of prescription and distancing,” he said.

Although the same general approach is employed by Adam Friedman, MD, professor and president of dermatology at George Washington University, Washington, is a little less reluctant to refer patients to pain specialists.

“For complex situations, you need complex solutions. In case of significant pain and even itching, I will work with the GW Pain Center,” he said. For severe pain, solutions may include nerve blocks or even intravenous ketamine for inpatients.

He also noted that dermatologists, while uncomfortable prescribing opioids, “should be equipped to use relevant medications such as topical anesthetics, gabapentinoides and SSRIs “to control pain related to skin conditions.

Micheletti does not report any relevant conflicts of interest. Friedman maintains consulting relationships with several pharmaceutical companies, including Amgen, GlaxoSmithKline and Valeant.