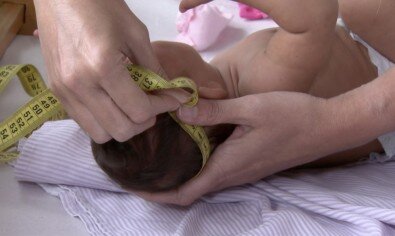 A pregnant woman infected with the Zika virus is not at increased risk of giving birth to a baby with microcephaly if she has previously been exposed to the dengue virus, according to a Brazilian study that compared data from pregnant women in Rio de Janeiro and Manaus.

A Zika epidemic broke out in Brazil in 2015-16 in areas where dengue it is endemic. Both viruses are transmitted by the Aedes aegypti mosquito. Some of the states affected by the Zika epidemic reported an increase in cases of microcephaly, a rare neurological disorder in which the baby’s brain does not fully develop. Others did not see this increase.

According to this new study conducted by Brazilian researchers, two factors explain the increase in microcephaly only in some areas: the high rate of Zika attack and the fact that the mother contracted the virus in the first trimester of pregnancy. The term attack rate in epidemiology refers to the number of cases divided among the total population.

The study received support from FAPESP through two projects (16 / 15021-1 and 13 / 21719-3) and was carried out under the auspices of the Zika Virus Research Network in São Paulo (Zika Network ). The results are described in an article a Virus, a peer-reviewed open access journal published by the Multidisciplinary Digital Publishing Institute (MDPI). The article appeared in late April in a special issue about Zika and pregnancy.

“The discrepancies between regions in the number of reported cases of microcephaly during the Zika epidemic were puzzling. One hypothesis was that pre-dengue exposure could make Zika more severe, but in the state of São Paulo there were not many adverse effects of Zika, although the region is highly endemic for dengue, so we decided to try to find out what could explain the differences, “said virologist Maurício Lacerda Nogueira, professor of the Faculty of Medicine São José do Rio Preto (FAMERP) in São Paulo, and co-principal investigator of the study alongside Patrícia Brasil, researcher at the Oswaldo Cruz Foundation (FIOCRUZ) in Rio de Janeiro.

According to Nogueira, attention was drawn to the rate of attacks when they analyzed data from the two state capitals. In Rio de Janeiro, where many cases of microcephaly were reported, the number of people infected with the Zika virus was 10 per 10,000 inhabitants, while in Manaus, where relatively few babies were born with microcephaly, the rate of attack was 0.6 per 10,000.

“Microcephaly caused by Zika is a rare phenomenon, but when there are many cases of Zika in an area it becomes more evident. It had been previously suggested that contracting Zika during the first trimester of pregnancy could be relevant, and now we have shown “Nogueira said.

The researchers set out to understand the differences in adverse pregnancy outcomes and in infants in the two populations by studying 114 pregnant women infected with the Zika virus between September 2015 and June 2016. The infection was confirmed by RT- qPCR of blood and / or urine samples. Subjects were recruited at the Heitor Vieira Dourado Tropical Medicine Foundation (FMT-HVD), an infectious disease hospital in Manaus, and at the FIOCRUZ acute febrile illness clinic in Rio de Janeiro.

Pre-dengue exposure was assessed using serological tests to detect neutralizing antibodies, among others. The aim was to explore potential associations between pregnancy outcomes and the rate of Zika attacks, defined as the number of cases officially reported during the study period divided by the population of each city.

Overall, 31 women had adverse outcomes (27 in Rio and 4 in Manaus). In this group, four babies died before birth and 27 were born with brain abnormalities. “Only Zika attack rates and infection during the first trimester of pregnancy were associated with adverse pregnancy and infant outcomes. Pre-existing immunity to dengue was not associated with outcomes (normal or abnormal). in patients with Zika during pregnancy, “the authors said state of the art in the summary.

And they conclude: “The strengths of our study include a careful classification of infant outcomes, made possible by detailed assessments at birth by a multidisciplinary team. […] In addition, the use of a very sensitive and specific product [plaque reduction neutralizing antibody] The trial to characterize pre-existing dengue immunity and the use of sera collected during the acute phase of RT-PCR-confirmed Zika infection give credibility to our results. […] Our main limitations are modest sample size and convenience sample selection ”.

A previous study led by Nogueira in 2017 showed that patients infected with Zika after dengue exposure did not get sick more severely than other people. It was the first scientific study to demonstrate this in humans. Previous research on cells and rodents had suggested otherwise.

Microcephaly is a rare neurological condition in which a baby’s head and brain are significantly smaller than normal as a result of alterations in the formation of the nervous system during the development of the uterus. Children with microcephaly often experience retarded or blocked mental, physical, and motor development.

Causes of microcephaly include genetic factors and exposure to chemicals, bacteria, and viruses. Scientists have recently shown that Zika contracted during pregnancy can affect fetal development.

During the epidemic in Brazil, Zika affected people of all ages and was associated with the onset of a large number of cases of microcephaly. In November 2015, Brazil declared a public health emergency due to the increase in the number of cases. The World Health Organization (WHO) then issued an epidemiological alert, which highlighted the possibility of congenital neurological malformations in babies born to women infected with Zika.

In 2015 alone, more than 2,400 cases of microcephaly were reported in Brazil. They occurred in approximately 540 municipalities in 20 states. During the period 2010-14, the total number of reported cases was 781.

The symptoms of Zika are similar to those of dengue. In most infected people, it causes fever, headache, red eyes, joint pain and rashes. On average, the symptoms go away in ten days.

Researchers continue to analyze the interactions between Zika and dengue, especially to see if Zika modulates infection by dengue virus. Nogueira also participates in an international group working on models to predict epidemics of Zika, dengue and yellow fever.