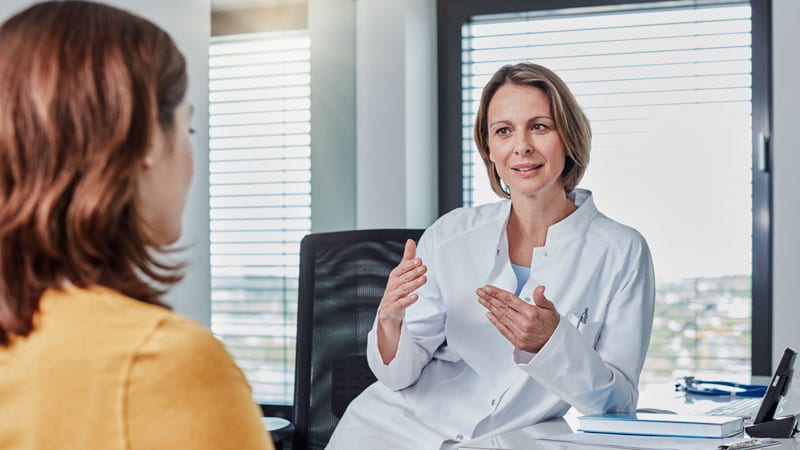 Psychotherapy and pharmacotherapy appear to be equally effective for the treatment of depression, and a combination of both treatments could pack the biggest punch, according to a network meta-analysis (NMA) that compares both approaches to control conditions in the primary care environment.

The results are important, as most patients with depression are treated by primary care physicians, although relatively few randomized treatment trials have focused on this environment, noted study lead author Pim Cuijpers, PhD from Vrije Universiteit Amsterdam, paper, which was published in the Annals of Family Medicine.

“The main message is that doctors should consider psychotherapy instead of pharmacotherapy, because most patients prefer it, and when possible, combination treatments should be the preferred choice because the results are considerably better.” he said in an interview. Either way, he stressed that “patient preference is very important and all three treatments are better than usual care.”

The NMA included studies comparing psychotherapy, antidepressant medications, or a combination of both, with control conditions (defined as regular care, waiting list, or placebo) in adult primary care patients with depression.

Patients may have major depression, persistent mood disorders (dysthymia), or high scores on self-assessed depression scales. The main result of the NMA was the response, defined as a 50% improvement in Hamilton Depression Rating (HAM-D) scores.

A total of 58 studies met the inclusion criteria, with 9,301 patients.

“The level of significance is not very high, which is related to statistical power,” Cuijpers said. “But the average benefit is pretty important in my opinion, with 35% more chances of a response in combination treatment, compared to psychotherapy alone.”

Seeing the outcome of remission (usually defined as a score of 7 or less on HAM-D), the results were “comparable to those of response, except that the combination treatment was not significantly different from psychotherapy.” they wrote. .

An important caveat is that several studies included in the NMA included patients with moderate to severe depression, a different population from the usual primary care population of patients with depression who have mild to moderate symptoms. Antidepressant medications are also supposed to work better against more severe symptoms, the authors added. “The inclusion of these studies could have led to an overestimation of the effects of pharmacotherapy on the current NMA.”

Among other limitations, the authors noted that the studies included mixed populations of patients with dysthymia and major depression; nor did they make any distinction between the different types of antidepressants.

Commenting on these findings, Neil Skolnik, MD, a professor of family and community medicine at Sydney Kimmel Medical College in Philadelphia, said this is “an important study, confirming and broadening the findings” of a systematic review published in 2016 as a Clinical practice guide of the American College of Physicians.

However, he described the study as “useful information for the practicing physician, as it provides us with solid information with which to engage and advise patients in a shared decision-making process for the effective treatment of depression.” .

“Some patients will choose psychotherapy, others will choose medication. They can make either option with confidence that both approaches are effective,” Skolnik detailed. “Also, if psychotherapy doesn’t seem to help enough, we’re in solid ground by adding an antidepressant drug to psychotherapy, with these data showing that combination treatment works better than psychotherapy alone.”

Cuijpers receives allowances for his members on the board of directors of Mind, Fonds Psychische Gezondheid and Korrelatie, and for chairing the PACO committee of the Raad voor Civiel-militaire Zorg in Onderzoek of the Dutch Ministry of Defense. He is also an adjunct editor of Depression and Anxiety and an associate editor of Psychological Bulletin, and receives copyright for books he has authored or co-authored. He received grants from the European Union, ZonMw and PFGV. Another study author reported receiving personal fees from Mitsubishi-Tanabe, MSD and Shionogi and a grant from Mitsubishi-Tanabe outside of the submitted work. One author has received research and consulting fees from INCiPiT (Italian Network for Pediatric Tests), the CARIPLO Foundation and Angelini Pharmam, while another has received personal fees from Boehringer Ingelheim, Kyowa Kirin, ASKA Pharmaceutical and Toyota Motor Corporation out of the work presented. The other authors and Skolnik did not report any conflict.