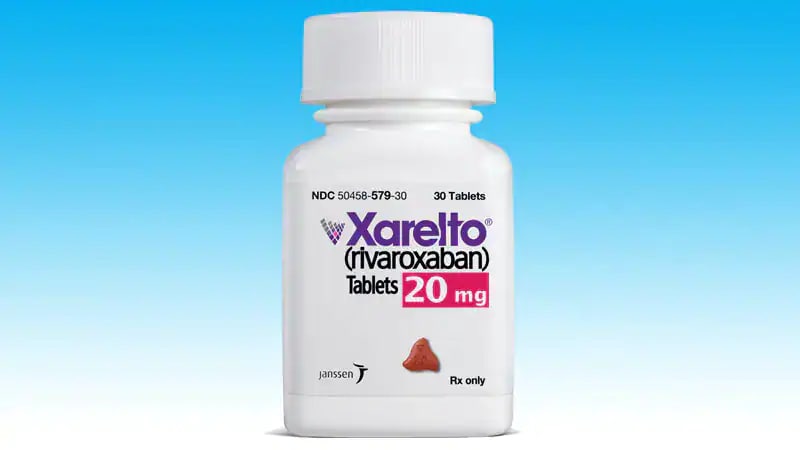 In stable patients hospitalized with COVID-19 and elevated D-dimer levels, therapeutic anticoagulation with rivaroxaban 20 mg once daily did not improve clinical outcomes, but increased bleeding compared with hospital prophylactic anticoagulation in the ACTION trial.

The trial also aimed to test a therapeutic regimen of enoxaparin (1 mg / kg twice daily) in unstable patients, but did not include enough to obtain significant results.

The ACTION trial was presented by Renato Lopes, MD, professor of medicine at Duke University Medical Center, Durham, North Carolina, on May 16 at the 2021 scientific sessions of the American College of Cardiology (ACC).

Lopes explained that rivaroxaban is a widely used and effective anticoagulant for patients with atrial fibrillation, deep vein thrombosis (TVP) i pulmonary embolism (PE). It is also used in some centers to try to prevent thromboembolic events in patients with COVID-19, but there are no data on the optimal dose or duration of therapy for this situation.

“An oral medication would be very attractive in moderately ill patients, as there is a hypothesis that inflammation and prothrombotic status continue after hospital discharge,” he said.

“The ACTION trial was shown to show the superiority of 20 mg rivaroxaban over prophylactic anticoagulation, but our results tended in the other direction. Although there was a modest reduction in thromboembolic events with rivaroxaban, there was also a non-significant increase in mortality and a sharp increase in bleeding. The compensation is not favorable, “Lopes said. theheart.org | Cardiology Medscape.

The results of this trial contrast with a broadly reported trial program in the United States that shows a benefit of full-dose anticoagulation with heparin vs. prophylactic anticoagulation in moderately ill COVID-19 patients.

Top line results of an international platform of three linked clinical trials – REMAP-CAP, ACTIV-4, i ATTACC – were announced in January and were said to demonstrate that a full therapeutic dose of heparin was higher than low prophylactic doses for the primary endpoint of need for ventilation or other organ support interventions at 21 days after ‘atzar. These trials have not yet been published and safety results have not yet been reported, other than to say that the benefit-risk was favorable for the full dose of heparin.

Previous results from the same three-trial platform had shown no benefit but an increase in the rate of bleeding in critically ill COVID patients, and these patients had stopped enrolling in the studies.

Asked how the overall data from all available trials should be interpreted, Lopes said the ACTION trials and the international testing platform were very different and should not be compared directly.

“We tested rivaroxaban; they used heparin as a therapeutic strategy. They examined the hospital results; we had 30-day results as a final result,” Lopes noted.

“I think we need the trials to be published so that we can fully interpret the data before making clinical recommendations,” he added. “There are also many other trials underway and the results of all of them should be available in the coming months. We will be in a much better position to know what to do then.”

“For the time being,” he said, “we can say that, based on ACTION, we should not use rivaroxaban at a dose of 20 mg once daily for thrombotic prophylaxis in stable COVID-19 patients who have no other indication for anticoagulation such as DVT or EP “.

The ACTION trial was conducted in Brazil to assess whether a therapeutic anticoagulation strategy primarily with rivaroxaban is effective in preventing complications in hospitalized patients with COVID-19 and elevated levels of D-dimers compared to prophylactic anticoagulation.

Both groups received rivaroxaban 20 mg after hospital discharge for 30 days.

The main result was a hierarchical analysis of mortality, length of hospitalization, and duration of oxygen consumption over 30 days using the “unmatched earnings ratio” method.

Baseline characteristics of enrolled patients showed that more than 90% were classified as stable, and about 75% needed oxygen support; 90% were already taking anticoagulants (mostly in standard prophylaxis), 8% were taking antiplatelet drugs, and 83% were taking systemic corticosteroids.

The same patterns were seen for each individual component of the main composite endpoint.

There was also a significant increase in major or clinically relevant bleeding in the therapeutic group (8.4% vs 2.3%), giving an RR of 3.64.

The results were similar in all subgroups.

One of the big questions

Commenting on the study at the ACC session, Robert Harrington, MD, a professor of medicine at Stanford University in California, said the Brazilian trial had addressed one of the big questions of COVID-19: the optimal dose. of anticoagulation to use, but that addressed is different from studies that have been conducted in the US, in trying to address whether different strategies were needed in stable and unstable patients. He asked Lopes what the study had shown about this.

Lopes responded that the main goal was to test the therapeutic dose of rivaroxaban, but they wanted to allow the use of heparin in unstable patients. “It turns out that the vast majority of patients were stable and we really didn’t have enough unstable patients to answer that question,” he said.

“Our trial should focus primarily on stable patients with an oral medication, and that’s what this trial adds to the field,” Lopes said.

Harrington agreed with Lopes’ interpretation of the different results in this trial and the studies of the international platform.

“There were different regimens used in the two trials. We should stick to the data from the platform studies on therapeutic doses of heparins for moderately ill patients,” he said. theheart.org | Cardiology Medscape.

On the “profit ratio” methodology, Harrington explained that this type of analysis has been introduced as a way to address some limitations of traditional “time-event” analysis, which only includes the first event that occurs in the main analysis.

“Sometimes this may not be the most important event (e.g., MI instead of death; revascularization instead of MI),” he said. “The ‘profit ratio’ allows you to examine and compare all events across treatments.”

Harrington said ACTION researchers should be “congratulated” for implementing the profit-sharing methodology. “It’s good to see it’s used in an actual clinical trial.”