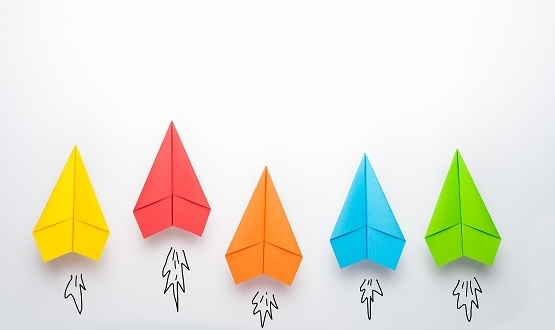 Imprivata has abandoned its proposed acquisition of Isosec after concerns were raised. Cit could “reduce choice and stifle innovation” in the NHS.

Last month, the Competition and Markets Authority (CMA) revealed that it was investigating the merger due to competition concerns. But today, May 10, the watchdog has confirmed that it will not derive the agreement for further investigation “based on assurances received from Imprivata that the agreement has been abandoned.”

Following the initial investigation, the CMA found that Imprivata and Isosec are “important rivals” and that part of the motivation for the acquisition was “the elimination of a competitive threat from the market”.

He also found evidence that competition between the two companies is expected to grow in the future with the introduction of new products. In addition, customers of merging companies, including the NHS, have limited other options in terms of suppliers.

The watchdog said in a statement that it was “concerned that the merger could reduce choice and stifle innovation in authentication management solutions for accessing sensitive NHS data”.

“This would have an impact on non-NHS and NHS healthcare providers across England and could lead taxpayers to receive a lower value for money in relation to these services,” the CMA found.

The CMA announced on April 29, 2021 that the proposed merger would be derived for an in-depth investigation unless both parties offered “acceptable commitments” to address the concerns.

Joel Bamford, senior director of mergers at CMA, said at the time: “Like consumers, the NHS relies on competition between suppliers to keep prices low and drive innovation.

“The evidence we have seen from NHS customers and the companies’ own documents shows that Imprivata and Isosec would compete harder and harder if it were not for their proposed agreement.

“The loss of this competition would lead to a worse outcome for the NHS and other healthcare providers. Unless companies address our concerns, we will divert the agreement to a deeper review.”

Following the CMA’s decision to derive the agreement for further investigation, Gus Malezis, CEO of Imprivata, said: “Imprivata is disappointed with this outcome as we believe in the customer’s advantage of scaling the our joint resources and technologies.

“However, I respect the authority of the CMA. Imprivata will continue to focus and invest in this area, to provide value to its customers in this and other related areas of digital identity, and the business will continue to operate normally, as it has done since the announcement of this proposal. of acquisition ”.

Digital Health News has contacted Imprivata for further comments following the suspension of the deal.

Imprivata is the largest provider of login solutions in the NHS, with the technology used in 70% of NHS trusts, according to data provided to Digital Health last year by the company.

Isosec launched the purpose of the single sign-on technology built for the NHS in January 2019, developed and hosted as part of the Isosec SecureHub service.

It includes tap and go functionality, session persistence, and authentication to web-based and backbone applications, and works with other Isosec products and services, such as Identity Agent, Virtual Smartcard, and Password Reset.

In January 2020, Health Secretary Matt Hancock pledged £ 40 million for new technology to speed up the time it takes NHS staff to log into computer systems.

He stated that the investment will save thousands of hours in staff login time each day and ease the administrative burdens of NHS staff.