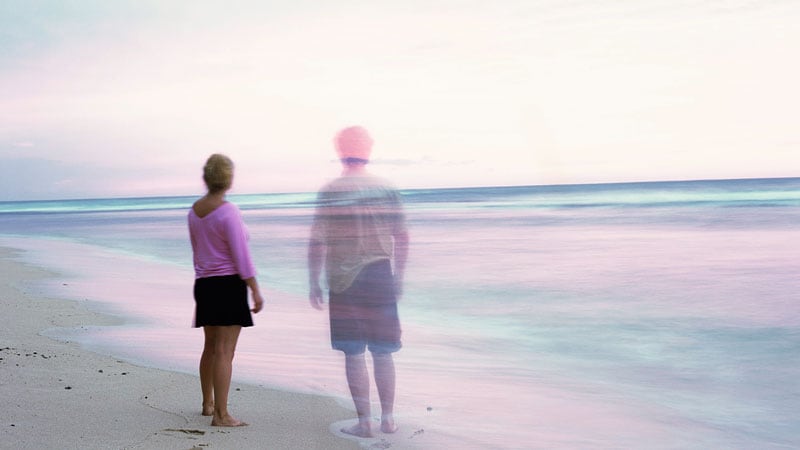 Alteration of sensorimotor processing in the frontotemporal network appears to be responsible for hallucinations experienced by patients with Parkinson’s disease (PD), according to a new study that uses a robotic method to cause “presence hallucinations.”

Presence hallucinations occur in approximately half of patients with PD and are associated with poor cognitive outcomes and death.

The study was published online April 28 a Scientific translational medicine.

In a previous study, researchers found that they could induce hallucinations of presence in healthy individuals using a robotic procedure involving specific movements and somatosensory signals.

When human and robotic movements are synchronized, the brain successfully calculates spatial dissonance and patients report nothing out of the ordinary. However, when movements are out of sync, both healthy adults and patients with PD report presence hallucinations.

Patients with pre-existing hallucinations are more sensitive to robotic stimuli than their peers who have not had hallucinations before, the researchers observed.

This “presence hallucination network,” as it is called, includes three regions of the frontotemporal cortex of the brain: the inferior frontal gyrus, the ventral premotor cortex, and the posterior middle temporal gyrus.

“The adaptation of the robotic device and procedure to the scanner allowed us to identify a relevant brain network for the hallucinations of presence in patients with Parkinson’s disease and this could serve as a biomarker for more severe forms of the disease associated with hallucinations and cognitive deficits, “said Eva Blondiaux, an EPFL doctoral student and co-author of the study, in a press release. .

Bernasconi hopes this technology will lead to new treatments for hallucinations in the near future.

“These therapies could be based on a future version of the robotic method and device. This work is ongoing. Early prediction of increased hallucinatory sensitivity could also help doctors avoid certain treatments, and in the future they may also allow early interventions of other therapies “. dit.

Currently, researchers are conducting a large clinical trial to confirm and expand their findings.

They also plan to use robotic technology while performing magnetic resonance imaging for PD patients to capture real-time neural activity associated with hallucinations as they occur, Bernasconi said.

“At the same time, we are adapting and improving our robotic technology and we are currently working on developing a fully usable system,” he said.

The research also provides a basis for understanding the neural pathway of hallucinations, Beck said.

“By understanding that neural connections are different in a person with Parkinson’s hallucinations, we can work on them to find medications that, in this case, strengthen the connections that weaken or even address the symptom directly to resolve “It’s a problem,” he said Medscape Medical News.

“I see this being used for research and for clinical trials. I don’t see it, right now, in its current form, as something you’ll see in regular use,” Beck said.

In addition, Andrew D. Siderowf, MD, professor of neurology, Perelman School of Medicine, University of Pennsylvania, Philadelphia, Pennsylvania, said the study is “remarkable because the researchers used a new experimental approach to cause the PH [presence hallucinations].

“The robotic paradigm is flexible and allows testing hypotheses of the relationship between sensory stimulation and PH and can be used in conjunction with structural brain imaging,” Siderowf said. Medscape Medical News.

“This study points to a way to obtain PH in patients who may be susceptible but who have not yet developed spontaneous hallucinations, either PH or VH [visual hallucinations]. This could be useful prognostic information, as hallucinations are a negative result in themselves and often occur with cognitive impairment / dementia, ”Siderowf added.

He said this approach can also provide an efficient way to test drugs that could be used to treat hallucinations in exploratory clinical trials.

“Drugs working in this model could advance development in larger and larger clinical trials, i.e., effective blockade of induced hallucinations can predict the blockage of spontaneous hallucinations,” he said. Siderowf.

Urwyler also noted that “PD is a progressive disease that differs from person to person, and there are also medication influences on PD hallucination that may play a role. This article may lead to the field of research towards more quantitative measures “.

Funding for the study was provided by two donors and by grants from various non-commercial entities. Bernasconi has not revealed any relevant financial recognition. Three authors are inventors of patients related to this work and two are co-founders and shareholders of Metaphysiks Engineering SA, a company that develops immersive technologies, including applications of robotic induction of presence hallucinations. One author is a member of the board of directors and shareholder of Mindmaze SA. Beck, Siderowf and Urwyler have not revealed any relevant financial relationship.