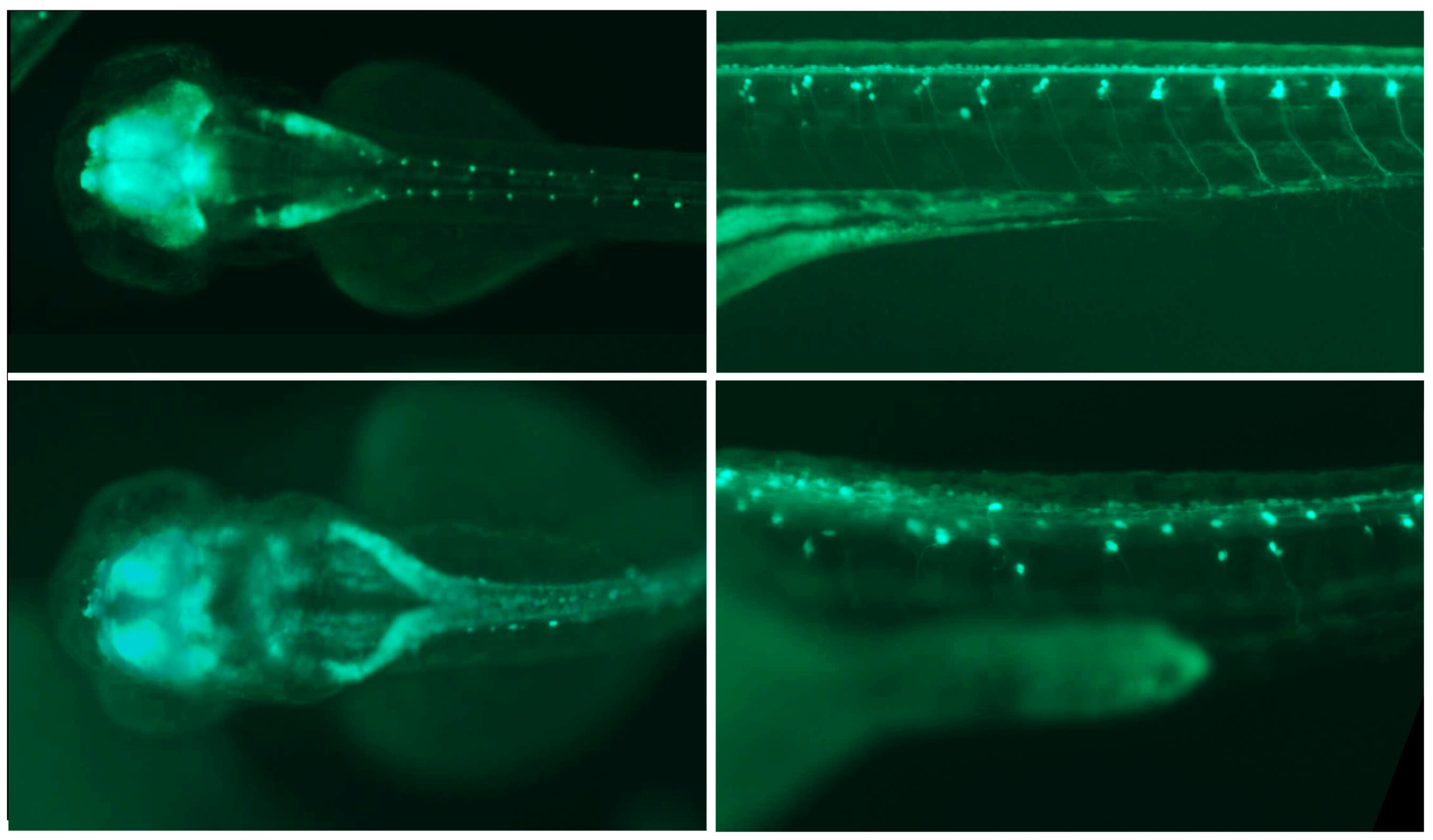 The so-called plexin-A1 gene appears to play a more extensive role in brain development than previously thought. This is shown by a current study led by Bonn University Hospital and the Institute of Anatomy at the University of Bonn with more than 60 international partners. The gene is also interesting for another reason: its mutations are inherited in a dominant or recessive way, depending on the part of the gene affected. The results of the study are now published in the journal Genetics in Medicine.

When the Augustinian monk Gregor Mendel crossed white flowering with purple flowering pea plants in the mid-19th century, he made an interesting discovery: the young were all purple in color. He therefore called this dominant trait, while the color of the white flower was recessive. The reason for this phenomenon: in peas, each gene occurs twice. One version comes from the mother plant and the other from the father plant. If a pea has inherited the purple flower color gene from one parent, but the white flower color gene from the other, purple wins. Only when two people because the white flowers join the plant of the offspring, it is white.

Humans also have genes that are inherited dominantly or recessively. However, the case is not so clear for the mutations investigated in the study: some of them are dominant, meaning that a mutation inherited from the mother or father is sufficient for the mutation to have an impact. Others, however, are recessive. “This has also been observed sporadically with other genes, but it was still unexpected,” says Dr. Gabriel Dworschak, a pediatrician at the University Children’s Hospital who conducted his research at the Institute of Anatomy and the Institute of Genetics. Human.

Malformations of the brain and eyes

The gene came into the researchers’ focus when they examined a girl with severe malformations of the esophagus, brain and eyes at Bonn University Hospital. A genetic analysis revealed that their plexin-A1 gene was different from that of healthy individuals. “We then searched a database of other individuals affected with plexin gene mutations,” explains Professor Heiko Reutter, a physician at the University Children’s Hospital and a staff member at the University’s Institute of Human Genetics. of Bonn.

Now researchers have found a total of ten patients this way; they come from seven families. “All affected individuals had different parts of the plexin-A1 gene altered,” Dworschak notes. “Five of these mutations are inherited recessively; the remaining three are dominant.” Subsequent analysis helped the researchers understand why this is so: the plexin-A1 gene contains instructions for constructing a receptor. It is located in the membrane surrounding the nerve cells like a thin skin. Some messenger molecules can attach to its outer surface. This triggers a response at the other end of the receptor that protrudes into the cell.

“If a mutation affects the outside of the receiver, it can no longer receive signals,” Dworschak speculates. “However, if only one of the two versions of plexin-A1 is affected, there are enough intact receptors to compensate for them.” Therefore, mutations on the outside are likely to be recessive. A defect inside the receptor, however, can lead to severe cell regulation. It may be sufficient for only one version of the plexin-A1 gene to be altered in this way to cause significant damage. “So we think so mutations they are dominant and then we talk about a dominant-negative effect, ”says Dworschak.

Generally, affected people present with a wide range of symptoms. However, what they all have in common is that they are theirs brain development it is interrupted to varying degrees. Many of them also have malformations in the eyes and skin. “The plexin-A1 gene was known to be important in the growth of nerve cell extensions,” Reutter explains. “Nerve germination plays an essential role in the development of many organs. Malformations observed in affected individuals could be caused by the developmental disorder of certain nerve fibers.” A follow-up study at the Institute of Anatomy is currently investigating this issue.

The plexin-A1 gene plays an important role not only in us, as studies on a completely different species show. The researchers used the experience of the working group led by Professor Benjamin Odermatt, of the Neuroanatomy Section. The zebra fish serves as a model organisms here, not only because it is easy to maintain in terms of animal welfare requirements and can be bred quickly, but also because many of its genes are found in a similar way in humans. This includes the plexin-A1 gene.

“If we turn off this gene in zebrafish, brain development disorders similar to those in humans appear,” Dworschak explains. He hopes the results of the study will help researchers better understand the complex processes involved in brain development.

Discovered the genetic cause of congenital malformation

Provided by
University of Bonn