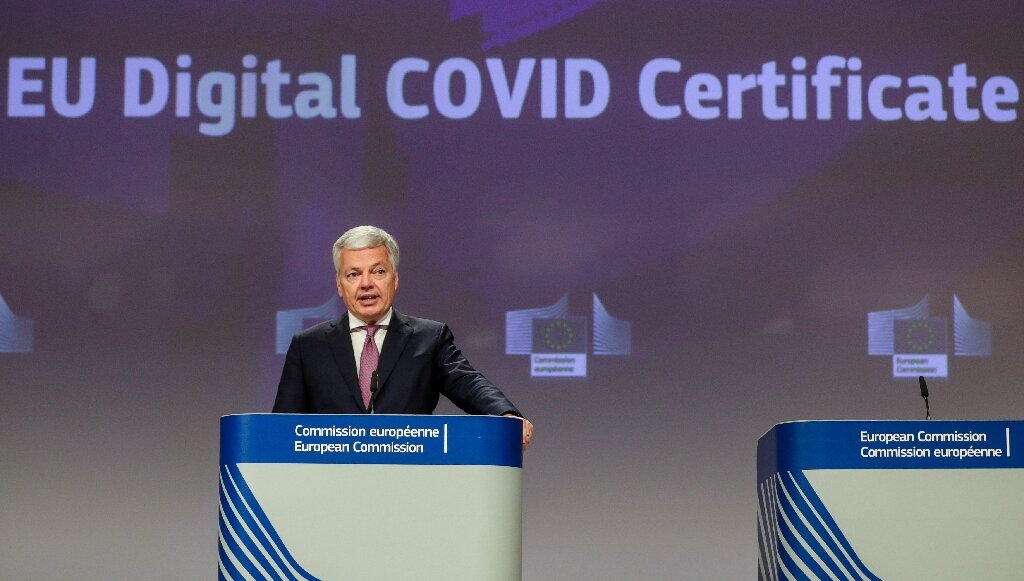 EU leaders on Tuesday welcomed the introduction of a COVID-19 pass across the bloc that they hope can unlock an increase in tourism this summer.

The 27 member states want the EU’s digital COVID certificate, to be launched on 1 July, to turn the page on coronavirus restrictions that have curtailed Europeans’ precious freedom of movement.

Along with a separate plan to leave travelers completely vaccinated from countries outside the EU, which will be defined in mid-June, Europe believes its vital tourism industry could recover some of the losses accumulated since the start of the pandemic.

The head of the European Commission, Ursula von der Leyen, said at a press conference after the summit that more than 300 million COVID-19 dose of vaccine will be delivered by the end of this week, reaching 400 million next month.

“If we continue like this, we are confident that we will be able to safely reopen our societies,” he said, adding that the EU was on track to meet its goal of completely inoculating 70% of adults by the end of July.

“Gradually, we should return to the ability to move freely throughout the European Union,” said European Council President Charles Michel.

EU countries and the European Parliament reached an agreement last week on legislation that would come into force in mid-June by the COVID certificate. Von der Leyen said the entire technology infrastructure would be ready by June 1st.

The leaders of Greece, Spain and Croatia, whose economies depend heavily on tourism spending, were especially effusive about the common document.

Last year they all had summer seasons, but they are already starting to welcome foreign travelers, ignoring Brussels ’request to coordinate at EU level.

Luxembourg Prime Minister Xavier Bettel noted that a QR code that can be scanned on certificates would make it difficult for PDF files to be “heavily copied” from test results or vaccines that some people used to cross borders.

The EU COVID certificate will show the vaccination status of the carrier or whether they are immune to a COVID infection from which they have recovered or the result of a COVID test.

Aware that the EU has acquired up to 4.4 billion doses of vaccine over the next two years – far more than it needs for its population of 450 million – leaders have met at the promise made at a summit. of the G20 in Rome last Friday to share 100 million doses in countries that need it later this year.

Denmark and Sweden each pledged three million doses of their stocks at the summit. Germany, Italy and France had already promised higher amounts.

German Chancellor Angela Merkel said she also urged leaders to agree on a mechanism to “react quickly and cohesively” if she worries again. coronavirus variants appeared.

The EU leaders’ meeting in Brussels on Tuesday also discussed ways to share the burden of fighting climate change, to achieve the goal of reducing emissions by 55% over the rest of this decade.

The Von der Leyen commission has been tasked with outlining the next steps, including potentially unpopular ones, such as paying carbon taxes on cars and buildings.

The first day of Monday’s summit was overshadowed by Belarus, which lies just outside the EU’s eastern borders, forcing a Ryanair passenger plane to board the day before to arrest an opposition journalist and his companion who were on board.

EU leaders unanimously attacked the action and decided to withdraw Belarus from European airspace as part of a package of sanctions to be developed later.