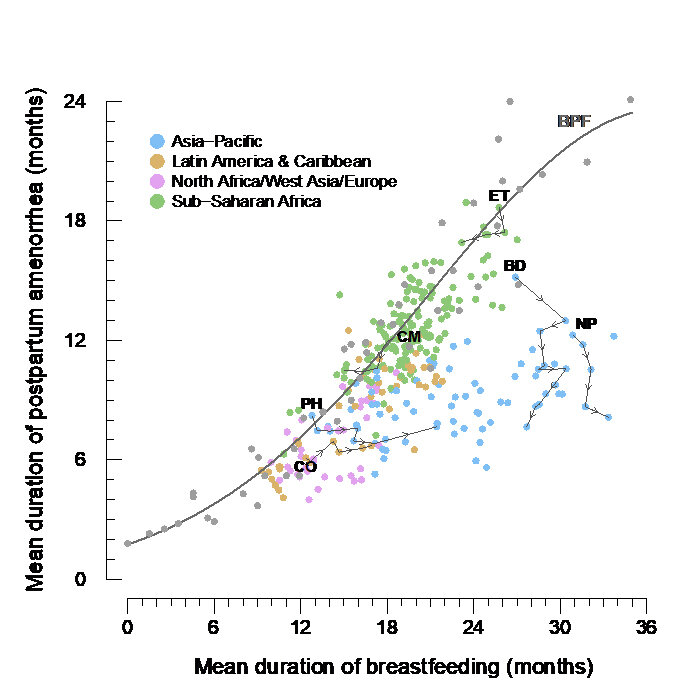 Although temporary infertility after childbirth lasts on average a few weeks for a non-breastfeeding woman, it can last months, or even more than a year, for a woman to do so. But it was unclear how this contraceptive effect of breastfeeding is affected by the mother’s “energy state,” which includes her nutrition and physical activity levels. Researchers at the Max Planck Institute for Demographic Research in Germany and the CNRS in France have just shown for the first time worldwide that the effect of breastfeeding on ovarian function depends largely on environmental conditions.

Analyzing 2.7 million births in 84 developing countries for the past 45 years, scientists have found that the relationship between the duration of breastfeeding and the average duration of postpartum amenorrhea (absence of menstruation after childbirth and the most visible sign of suppressed ovarian function) was much weaker than that observed in the 1960s and 1970s. . This shows that the contraceptive effect of breastfeeding has clearly decreased in recent years in these 84 countries.

This decrease was also observed directly during the study period (1975-2019). Besides, characteristics such as a high value of the human development index or access to electricity were associated with a reduced contraceptive effect of breastfeeding. This means that during the same duration of breastfeeding, the more developed the country, the shorter the period of temporary sterility after childbirth. These results confirm the conclusions of field studies conducted in recent decades by specialists in reproductive ecology. They are also a call to demographers to abandon the notion that environmental conditions it can be left out in the study of fertility.