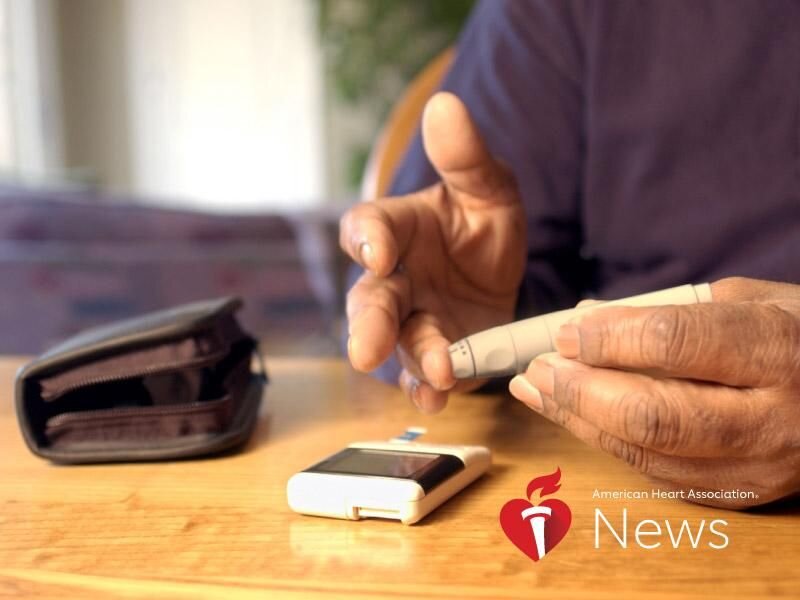 One thing is clear about the serious problem of diabetes among blacks in the United States: it’s not just one thing that causes the problem.

“It’s really at all levels,” said Dr. Joshua J. Joseph, an assistant professor of medicine in the Division of Endocrinology, Diabetes, and Metabolism at Wexner Medical Center at Ohio State University in Columbus. It is not just the decisions that people make, but it is the ingrained problems that lead them to make those decisions.

The statistics are raw. According to the Office of Minority Health of the Department of Health and Human Services, 13.4% of black men and 12.7% of black women have been diagnosed with diabetes. Combined, their rate is 60% higher than that of white people.

Researchers have been looking for genetic causes, said Joseph, who leads a research group dedicated to improving the prevention and treatment of diabetes. But “genetics just don’t explain a lot of the type 2 diabetes we see in the United States.”

“But these lifestyle factors, they don’t get out of the air, ”Joseph said. That’s why he stresses the need to look at the“ upstream ”problems of the entire community.

As a doctor, you can tell a patient to eat fruits and vegetables and reduce sugary drinks. But “if the environment in which they live does not have healthy food choices, it will be very difficult for them.”

Research has shown that neighborhoods with a predominantly black population are less likely to offer these options. And black Americans are widely affected by other problems rooted in systemic racism that can affect health.

“That’s no small thing,” Joseph said. “This is a big challenge we face. That’s why, in a way, the disparities we see in diabetes haven’t changed, because we’ve tried to address them with small bites. But we really need broad and general solutions that are based on policies that address the inequalities we see in communities of color. “

He said the beginnings of a solution could be education. It must be culturally relevant and “delivered by people who have a related background and experiences”.

Annette Lartigue of Trenton, New Jersey, has been treating diabetes for decades. Her mother was what she called “diabetic by denial” and with Lartigue she was hospitalized Gestational diabetes after a car accident when she was pregnant with her daughter 33 years ago. Gestational diabetes resolves after giving birth, but almost 1 in 5 women like Lartigue develops diabetes.

Despite this, he said, “I didn’t get, for a long time, my life together” to address his diabetes. “And there’s no excuse for that, except I thought I could do it all on my own.”

Although access to healthy food Lartigue never said any problem, “there weren’t many doctors who looked like me, understood my story, or my mother’s, in this case.”

He had similar problems connecting with nutrition professionals, a field that is mostly white. He joked that they were “typically someone who weighs 98 pounds and wants you to eat two pieces of celery and a teaspoon of cottage cheese” and said that will make you feel better. “Every time I walked into a nutritionist’s office he would say to me,‘ I’m not dealing with you. You don’t understand me. “

She understood her as a black woman, she said, from her need to be treated respectfully to “the real understanding of how I eat as an African American woman. I don’t eat a salad every day, all day. How can I?” treat the food I eat? “

Lartigue retired this year as chief executive of administrative services for the Mercer County Board of Social Services and is an ambassador for Heart Diabetes by Heart of the AHA and the American Diabetes Association. She is supported by a black nutritionist and a white nurse.

“It doesn’t matter what color they are,” she said, as long as they understand you with more than a simple knowledge of your textbook problem.

Joseph agreed that trust is a key part of diabetes care, because patients have to deal with it on their own. It is proposed to encourage and talk about family issues “to promote this relationship of collaboration and trust, which I think is the key to diabetes management “.

This concept also works on a broad level, he said. Scholars, industry, and others need to start listening and connecting with communities before trying to fix things.

The challenge is daunting, but Joseph is not discouraged. “As Barack Obama said, we are what we expected. That’s what our generation will have to deal with. And I think we have to face that challenge and that, as Americans, we can do it together.”

Citation: The challenge of diabetes in the black community needs comprehensive solutions (2021, July 13) recovered on July 14, 2021 at https://medicalxpress.com/news/2021-07-diabetes-black-comprehensive-solutions. html