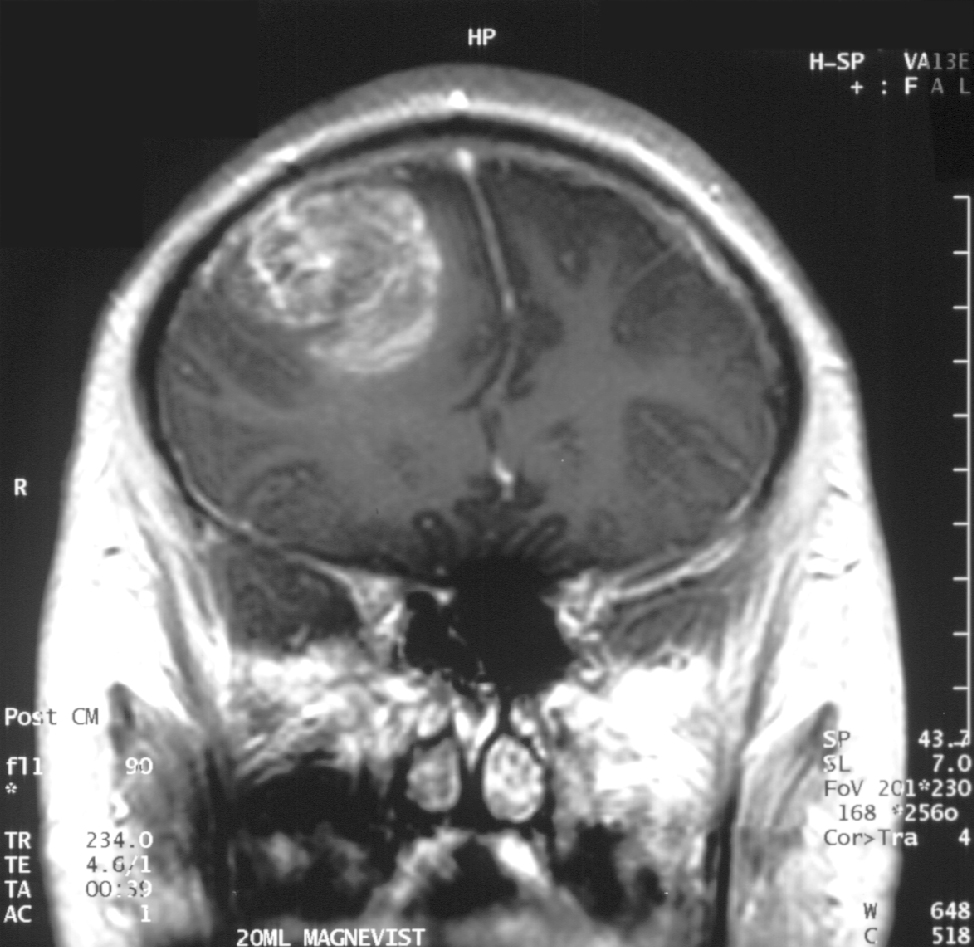 A Briton who rejected the standard of care to treat his brain cancer has lived with a typically fatal glioblastoma tumor that grows very slowly after adopting a ketogenic diet, providing a case study that, according to researchers, reflects the benefits of using the body’s own metabolism to combat this problem. particularly aggressive cancer rather than chemotherapy and radiation therapy.

Recently published in the journal Frontiers in nutrition, the report is the first evaluation of the use of ketogenic metabolic therapy (KMT) without chemotherapy or radiation interventions, in a patient diagnosed with IDH1 mutant glioblastoma (GBM). Ketogenic therapy is a non-toxic nutritional approach, considered complementary or alternative, that uses a low carbohydrate content. high fat diet to control several cancers, including glioblastoma.

In this particular case, the patient’s tumor contained a mutation, known as IDH1. This mutation is acquired by chance and is known to improve overall survival. Thus, the findings are particularly relevant for other patients whose tumors contain this mutation, according to Boston College biology professor Thomas Seyfried, co-author of the report and a leading researcher who has long advocated the benefits of KMT for treat diseases.

“Because GBM, like most malignancies, depends on fermentation for energy synthesis and survival, the simultaneous restriction of fermentable fuels, such as glucose and glutamine, while elevating non-fermentable ketone bodies, offers a non-toxic therapeutic strategy for managing GBM, ”Seyfried said. “Additional studies will be needed to test this hypothesis in other patients diagnosed with GBM.”

Glioblastoma kills about 15,000 people each year and remains largely unmanageable. Although the standard of care has shifted toward new immunotherapies, the average survival time of 11 to 15 months for GBM has not improved significantly for more than 100 years, according to the co-authors.

Several high-profile cases have illustrated the fatal progression of GBM. The late U.S. Senator John McCain was diagnosed at age 80 with glioblastoma in July 2017 and died in August 2018. U.S. Senator Edward M. Kennedy lived a year after his diagnosis with GBM, dying at the age of 77. Beau Biden, son of U.S. President Joe Biden, was diagnosed at age 44 with GBM in August 2013 and died in May 2015.

The current standard of care for GBM consists of surgical resection, radiation, and chemotherapy, which has been shown in studies to produce significant toxicity. However, large-scale clinical trials for alternative therapies are difficult to initiate, leading researchers to carefully examine individual cases.

The patient in this case was diagnosed with glioblastoma in 2014 and shied away from the traditional standard of care and instead undertook a self-directed, low-carbohydrate, high-fat ketogenic diet in an effort to control his cancer. .

At this time, the patient underwent a “surgical clearance” of his tumor. The pathology specimen confirmed the diagnosis of GBM and that the patient’s tumor also contained the IDH1 mutation.

“After surgery, the patient continued with self-administration ketogenic diet “Maintain low values ​​of the glucose ketone index (GKI), indicative of therapeutic ketosis,” the researchers report. “In light of the continued slow progression of the residual tumor, the patient intensified his KMT from October 2018 with the inclusion of stress-reducing awareness techniques. Although magnetic resonance imaging (MRI) shows a tumor progression at slow intervals, the patient is still living a good quality of life at the time of this report. ”He is now 82 months from the original diagnosis.

“We were surprised to find that KMT could work synergistically with the IDH1 mutation to simultaneously target the two metabolic pathways needed to drive the growth of GBM,” Seyfried said. “Glucose leads the glycolysis pathway, while glutamine leads the glutaminolysis pathway.”

He added: “No tumor, including GBM, can survive without glucose and glutamine. Our study has identified a new mechanism by which an acquired somatic mutation acts synergistically with a low-carbohydrate, high-fat diet to provide control over long-term development of a deadly brain tumor. “

Despite the compelling interest in these individual case studies, the co-authors note that “we cannot predict whether the therapeutic response to KMT seen in our GBM patient will also be seen in other GBM patients treated similarly. For those GBM patients who if they are unlucky enough to have acquired the spontaneous IDH1 mutation in their tumor, glutamine targeted at drugs used with KMT will be needed to reduce tumor growth. “

The researchers noted that additional studies they have conducted have shown that the simultaneous targeting of glucose and glutamine availability, using KMT and a pan-glutaminase inhibitor, known as 6-diazo-5-oxo-L -norleucine (DON), can significantly prolong survival in syngeneic preclinical glioblastomas in mice. Previous research has shown that ketogenic diets can facilitate the delivery of small molecule therapeutic drugs across the blood-brain barrier without toxicity.

The combination against cancer targets glioblastoma