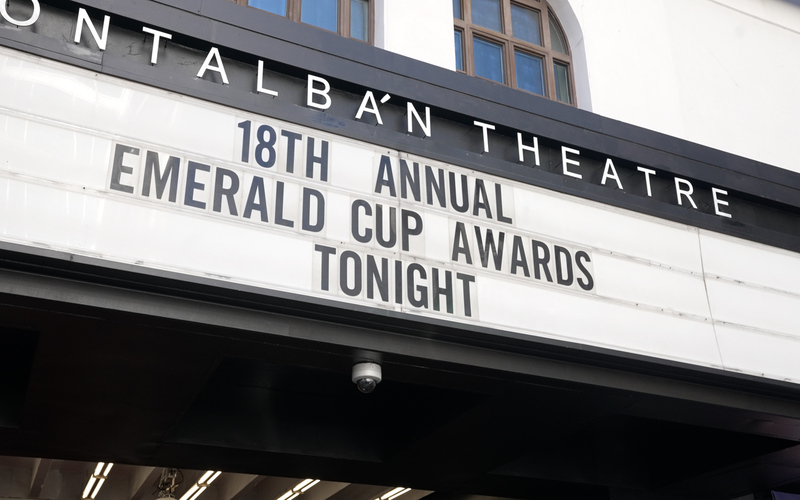 There’s long been a division between NorCal and SoCal, especially when it comes to the cannabis space. While the Emerald Triangle is revered for its sun-grown flower and rich agricultural traditions, Los Angeles has typically skewed more toward indoor hype.

For Tim Blake, Founder of the Emerald Cup, it’s time for the communities to unite. The esteemed cannabis competition, now in its 18th year, has deep roots in Northern California but brought the party to Hollywood for the first time earlier this month.

Blake and the rest of the Emerald Cup family knew that while there may be initial skepticism at the decision to move the awards south, it was the right thing to do. The opportunities for exposure in the nation’s biggest media market were too big to ignore.

“We as an industry have to be open to change and while having the competition up north was always a great time, this move will benefit the competition and everyone involved immensely. You can’t pass up the opportunity to get these products in front of so many buyers, consumers, and journalists. I commend Tim and the rest of the team for the decision. ”

The awards show was held at the iconic Ricardo Montalbán Theater in the heart of Hollywood, attracting industry elite, influencers, and celebrities alike. A group of Emerald Triangle farmers, many of whom were contestants, walked in solidarity together down the Walk of Fame arriving at the venue as a unified front.

Tina Gordon, Founder of Moon Made Farms, helped coordinate the symbolic march to in order to capture history in the making. While she initially reached out to a small number of other growers, word spread fast with dozens of people showing up.

“The intention behind The Farmer’s Walk of Fame was to commemorate a historic moment and publicly shine the spotlight on the farmers and all of their extended families who are at the root of this movement,” Gordon explained. “Craft farmers have an intimate relationship with this plant whose genesis in this country is credited to marginalized counter cultures.”

At the theater, guests were given the red carpet treatment on their way in, with cameras flashing all around. Once inside, attendees were encouraged to peruse a display of this year’s entries with a dizzying amount of product on display.

Those seeking a taste of some of the winning varietals could enjoy a dab on the mezzanine level or a full-spectrum joint on the rooftop patio.

Inside the Emerald Cup Awards

After a social hour complete with plenty of cocktails and cannabis, guests made their way inside for the main event.

Those wishing to continue the party could view the ceremony on an outdoor screen. The awards show began with an exhilarating recap video and a moving speech from Blake who marked a new chapter for the legendary Emerald Cup competition.

Several dozen awards were given out, with categories touching on every aspect of the market. Alternative cannabinoids and hemp were honored first, followed by tinctures and topicals, edibles, concentrates, and finally, flower.

“It stood out from the very first moment we saw it,” said flower judge Joey Sullivan, buyer for Mercy Wellness, noting the pungent gas notes of the strain, which also won first place for sun-grown flower. “I was happy to see that sun-grown took top honors since this started as a sun-grown competition.”

This year marked the adoption of a new classification system for flower strains, seeing them divided by terpene profile as opposed to indica vs. sativa.

Developed in conjunction with SC Labs, entries were broken down into Jacks and Hazes; Tropical and Floral; OGs and Gas; Sweets and Dreams; Dessert; and Exotics.

The star was also celebrating the launch of his new dispensary The Woods, which held its grand opening the day before. Harrelson features a number of sun-grown brands in the store, with an Emerald Cup display front and center.

Harrelson thanked a number of people, but the most meaningful moment was when he called out Pebbles Trippet. The activist responsible for the Trippet Standard, which allows people to carry legal cannabis in their vehicles, was in the room, standing proudly when the A-list star said her name.

After the spirited ceremony, guests retired to the rooftop where a DJ spun groovy tunes to the wee hours of the morning. Copious amounts of smoke wafted into the night sky, capping off one of the most successful Emerald Cups to date. What’s in store for next year’s event? Only time will tell.