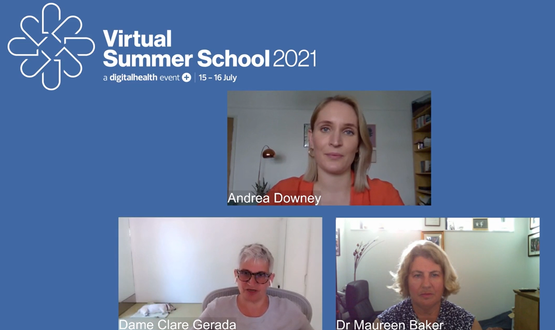 The president of the Professional Registration Standards Agency (PRSB) has said that “there is always a place for personal contact between humans,” but technology can help professionals.

On the last day of Virtual Summer School 2021, Maureen Baker, who is also the medical head of Healthily, spoke about the role that AI and technology should play in general practice.

While he believes AI won’t replace doctors, he does see the value of technology.

“There’s always a place for personal contact between humans, but that doesn’t mean humans can’t be supported by digital technologies,” he said.

“In my own personal opinion, I believe technology has great potential to help healthcare professionals provide safer and improved care and also improve patient comfort.”

This sentiment was echoed by the second lecture of the afternoon, Dame Clare Gerada, who is a doctor and co-chair of the NHS Assembly.

“Digital will not replace man, AI will certainly support care and improve people’s ability to have human contact because it creates the time where I can spend more time with my patients and more time in my community. “, he said.

Aside from the use of technology by physicians, Baker also highlighted another important issue: the issue of patient data.

In recent months, the issue has been national news after NHS Digital announced that a new collection service would be launched – the General Practice Data for Planning and Research (GPDPR) program.

The program has been delayed until later September concerns were raised about who would have access to the data and who had not been allocated enough time to allow GPs to inform patients about their options.

Baker said he believes the issue of accessing and controlling patient data will not go away.

“I know this is a controversial topic, but it’s very much the direction of the trip,” he said.

Baker added that digital leaders need to “capture this particular nettle” and make sure patients, who are willing to share their data with the NHS, fully understand how it will be used.