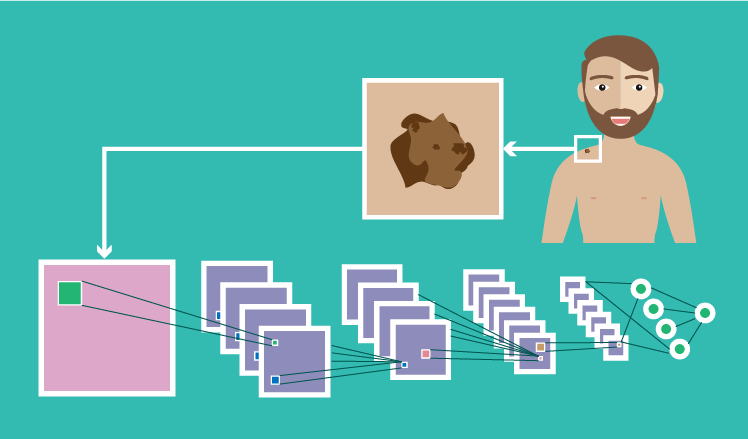 According to the American Academy of Dermatology (AAD), skin cancer is the most common human malignancy. AAD also estimates that 161,790 new cases of melanoma (74,680 noninvasive and 87,110 invasive) will be diagnosed in the US in 2017.

Skin cancer is usually previously diagnosed visually, starting with an initial clinical screening. It can then be followed by a dermatoscopic analysis, a biopsy and a histopathological examination.

To help health care providers with clinical screening, researchers at Stanford University presented the new medical imaging analysis to study, recently published in the journal Nature. The study introduces the possibility of automating the classification of skin lesions through the use of deep convolutional neural networks (CNN).

Researchers have taken a single end-to-end trained CNN with a large set of image data, using pixels and disease labels as inputs. The data set of 129,450 clinical images contained 2,032 diseases and was organized based on the visual and clinical similarity of the diseases.

CNN had to get the picture and analyze the probability of malignancy (%). To ensure accurate classification, the researchers introduced 757 clinical classes. For example, malignant classes included:

Like other usage examples CNN in medical image analysis shows, the application of neural network-powered software usually results in high accuracy, specificity, and sensitivity in injury classification. This case was no exception.

CNN’s performance was compared with 21 board-certified dermatologists in biopsy-tested clinical images with two use cases: keratinocyte carcinomas versus benign seborrheic keratoses and malignant melanomas versus benign nevi. CNN’s performance turned out to be equal to the results of all the experts involved in both tasks, demonstrating that artificial intelligence is capable of classifying skin cancer as competently as dermatologists.

Because health care providers need to be where their patients are, it sometimes requires them to be out of the clinic. Stanford researchers assume that bringing CNN-based software for the classification of skin lesions to the cell phone can help caregivers provide patients with low-cost universal access to vital diagnostic care.

Another example of the successful CNN application for automated cancer diagnosis is an important reminder that medical image analysis it grows as a trend and hopefully gradually becomes the standard in the healthcare sector. While the use of neural networks for diagnostic support is currently advancing in research and testing, this technology can also be adapted for clinical use where it can provide extraordinary value by enabling timely diagnosis and treatment.

Check out the opportunities

Innovates in the prevention, diagnosis and treatment of diseases with an efficient analysis of medical images.