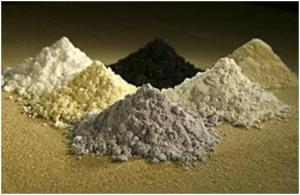 Concerns are growing over South Korea’s high dependence on Chinese raw materials with control of China’s urea exports leading to a growing shortage of urea solutions in South Korea. Dependence is especially high in the electric vehicle battery industry.

According to the Korea International Trade Association, South Korea’s current dependence on Chinese manganese and aluminum cable products amounts to 99% and 97.4%, respectively. In addition, it reaches 94.5%, 93.8% to 87.7% and 82% when it comes to magnesium ingots and scrap, galvanized steel sheets, graphite and electric steel.

Above all, manganese and graphite products are essential for rechargeable batteries. Manganese, which forms a cathode material, is buried in several countries, including South Africa, Brazil, and Australia, and yet China surpasses them in production. China produced 31.67 million tonnes of manganese last year, when runner-up South Africa produced 16.02 million tonnes. These days, electric vehicle manufacturers like Tesla and Volkswagen are focusing on manganese as an alternative to cobalt, which is the most expensive part of a cathode material. The current price of cobalt per tonne is US $ 59,200, 82.3 percent more than a year ago.

Graphite is an anode material that increases the charging speed of a rechargeable battery. China produced 650,000 tons of graphite last year, accounting for 60 percent of total world production. South Korea’s dependence on …