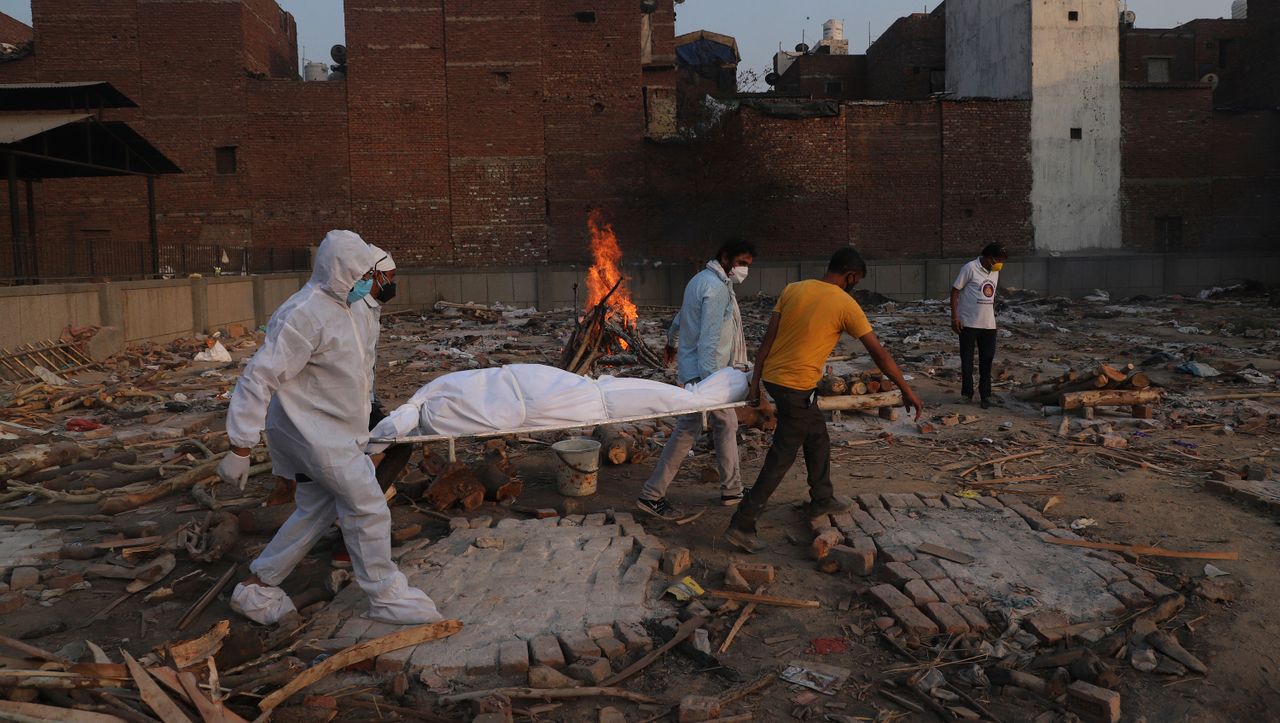 THE MIRROR: Sr. Milanović, emerging countries such as India and Brazil are suffering severely from the pandemic and too few vaccines are reaching the poorest countries. Does the coronavirus pandemic widen the gap between rich and poor?

Milanovic: This is to be feared. However, the situation can change quickly. In South Africa, for example, where the pandemic has recently spread rapidly, the situation has improved significantly.

THE MIRROR: Global inequality has declined in the world in recent decades, mainly due to China’s rapid growth. Will this continue after the pandemic?

Milanovic: No, China is now a global middle-class country. If it grows strongly, as it has grown recently, it will increase global inequality and not decrease it, as has been the case for the last 40 years. At the same time, countries like India, which will likely experience two years of strong negative growth, are lagging behind economically. The bottom line is that there is a fear that the gap between rich and poor countries will widen even further.

THE MIRROR: Big tech companies like Amazon and Google make billions in the crisis and employees in other industries lose their jobs. Has the virus also made the rich richer and the poor poorer in the countries?

Milanovic: Not in general, although it is still too early to draw strong conclusions. Recent studies show that inequality is declining in many Western countries thanks to huge government aid programs. On the other hand, it can be observed that the super-rich of the western world evade their responsibility. They did not live up to their own claims during the pandemic.

Serbian-American economist Branko Milanovic, 67, was born in Belgrade. He began to focus on the distribution of wealth and income differences, writing his dissertation on the subject while living in socialist Yugoslavia and its supposed classless society. From 1988, Milanović worked for 20 years at the World Bank. Since 2014 he has been teaching at City University in New York. The focus of his research has been the same throughout his career. In numerous publications, Milanović has examined the consequences of globalization for inequality both within countries and between countries and regions of the world.

THE MIRROR: What do you mean by that?

Milanovic: I still remember how the world elite promised in big public appearances at the World Economic Forum meeting in Davos that they would use part of their wealth to fight emergencies. Unfortunately, little of this has been seen in recent months. Words and actions have been very far apart. The inaction of major money in the US was especially noticeable.

THE MIRROR: The rich in industrialized countries have become even richer in recent years.

Milanovic: Today, the income elite in the West tends to benefit from high investment income and growing labor income at the same time. This applies, for example, to chief physicians, star lawyers, or software developers. This is a new phenomenon. In classical capitalism of the nineteenth and twentieth centuries, only businessmen and capitalists were at the top of the income pyramid. The change we are witnessing, however, is a long-term trend that is exacerbated by the pandemic, for example, the stock market boom.

“The pandemic has shown that it is possible to work from virtually anywhere in the world with the help of modern media. As a result, a kind of global labor market is emerging for the first time in many professions.”

THE MIRROR: Which deepens the gap between rich and poor.

Milanovic: That is correct. But this change also has positive aspects, because it removes the old opposition between capital and labor. At the same time, it protects the elite, for example, the top 10%, from losses because their prosperity comes from a variety of sources, both high labor and capital income. This makes the privileged classes even stronger economically and politically.

THE MIRROR: The traditional middle class, on the other hand, has suffered economic losses in recent decades. Will this development get worse?

Milanovic: There are a number of signs of this. The pandemic has shown that one can work from virtually anywhere in the world with the help of modern media. As a result, a kind of global labor market emerges for the first time in many professions. This is bad news for many professional groups in the West who had not previously been afraid of global competition.

THE MIRROR: Do you think salaries can go down?

Milanovic: Not only that. Those who live in Delhi and email their reports to Düsseldorf have a much lower cost of living than their local colleagues. This may lead to the paradoxical result that equality is growing globally, but the middle class in the West suffers from it.

THE MIRROR: How should governments react to this?

Milanovic: It would make sense to make it easier for lower paid workers to access capital income. For example, through tax advantages or a promotion of employee participation. Education is even more important. Today Western elites use their wealth to buy their children access to the best schools and universities. This still isolates the top 10% of the rest of the population. It reduces the chances of advancing socially and leads to a new form of government by the nobility of money. I call it homoplutia because the elite is rich (plutia) in terms of both financial and human capital.

THE MIRROR: The pandemic has affected the education systems of many countries. Classes were completely suspended for months or only partial instructions could be given. Does it reinforce the trend?

Milanovic: I’m afraid so. Educational misery affects the poorest families the most. The rich can more easily make up for lost lessons with tutors and simply have more space at home, which makes schooling at home easier.

THE MIRROR: In the United States, the rich are said to be paying higher taxes for the first time in decades. Will this reduce inequality?

Milanovic: I am pleased with Joe Biden’s proposals. It is right to raise corporate and income taxes. There are also discussions about strengthening unions and significant investment in infrastructure. It is also necessary to accept the global minimum tax. Perhaps American inequality has reached its highest point.

THE MIRROR: In your book “The Clash of Capitalism” you describe the two formative forms of capitalism: American meritocratic liberal capitalism and China’s state capitalism. What is best suited to solve the problem of growing inequality?

“The EU should promote investment in Africa and cooperate more closely with China.”

Milanovic: In both countries, inequality has increased over the past 20 years, in China even more than in the US. This is mainly due to the fact that China starts from a lower level and the gap has widened due to rapid industrialization and urbanization. This process is not complete. In addition, the economic and political elites have mixed: private businessmen have become very rich, but membership in the party remains very useful, especially – and this is quite interesting – for wealthy businessmen. In the United States, on the other hand, the economic elite manages to buy a policy that serves their interests. As for the US, I am a little more optimistic that politicians will now take countermeasures. In China, the fight against corruption, to which the government has long been committed, gives hope. I think politicians in both countries understand that you can’t just see inequality grow.

THE MIRROR: Europe has lost ground to the United States and China. Has the European social model gone out of style in the face of increasing competition between major economic blocs?

Milanovic: Undoubtedly, it is under pressure due to migration, but also because with the entry of China and India into the world economic system, the labor factor weakened compared to capital. Economically, Europe is more liberal, in the economic sense, than in the 1970s, and the influence of trade unions has diminished. But the welfare state is such an essential part of the European worldview that it will not be abandoned. And that’s good.

THE MIRROR: Africa is at risk of falling behind economically as a result of the pandemic. What does this mean for Europe?

Milanovic: The sharp income gap between the European and African Mediterranean coasts could shape the relationship between the two continents over a century. Where does an investor invest when asked if he would like to get a 1 percent return or where does he get 10 percent? The same goes for wages and salaries. Of course, this is the reason why people are attracted to Germany, France or Sweden, where they can often earn what they get in Africa. This remains an engine for migration. Europe should have the greatest interest in improving the situation in Africa.

THE MIRROR: What would be the best way?

Milanovic: The EU should promote investment in Africa and cooperate more closely with China. Instead, Turkey has been held hostage in terms of refugee policy.

THE MIRROR: Shouldn’t Europe leave the African continent for China?

Milanovic: China is not the neocolonial exploiter that many Westerners see. On the contrary. China’s participation has increased growth in many African countries. Europeans also benefit.

THE MIRROR: Mr. Milanovic, thank you for this interview.