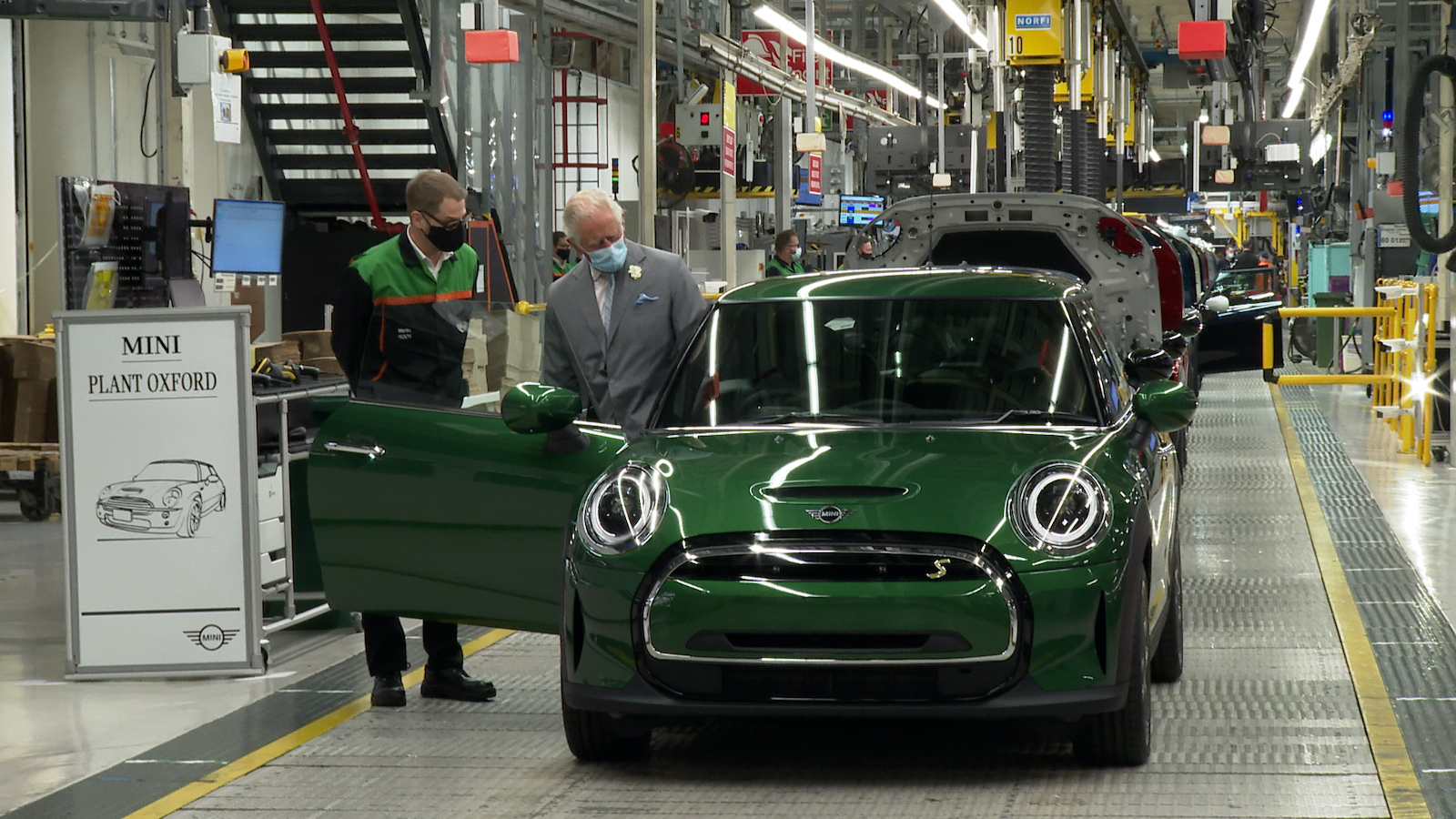 Prince Charles, eldest son of Queen Elizabeth II and heir to the head of state of the United Kingdom, joined the celebrations for twenty years of modernity MINI production at the car production plant in Oxford, England.

The Oxford base is now recognized as the home of the brand. During the visit, Prince Charles met with the designers and workers behind the cars and was shown the manufacturing processes.

Given the prince’s great interest in environmental issues, the focus of the visit was MINI’s commitment to sustainable production processes.

The MINI is an iconic car. The original Mini (differentiated to lower case) was a compact two-door car called the “city car”, produced by the British Motor Corporation (BMC) based in England and several successors between 1959 and 2000.

Today, the MINI range is owned by the German vehicle manufacturer BMW. The most popular cars in the range, such as the Hatch, Clubman, Coupe and Roadster, are mounted at BMW’s Oxford plant in Cowley, England. The site has been producing cars since 1912 (originally the Morris range).

The number of cars produced at ‘Plant Oxford’ is within the region of 200,000 a year. In recent times, the plant has introduced several measures aimed at “greening” the production process, as well as the production of cars with a lower environmental impact (such as some MINI models that are fully electric. In the long run, MINI will be the first BMW The group’s brand will be fully electric in the early 2030s).

As an example of ecological initiatives, the plant is served by a new fleet of trucks powered by liquefied natural gas. This is part of the measures to promote more sustainable logistics at the plant. There are eighteen such trucks transporting parts and components from suppliers on 15 different routes across the UK to the MINI production plant.

In addition, BMW has adopted what they call “a 360-degree sustainability strategy.” The measures consist of a solar roof, heat regeneration, lighting systems, environmentally friendly production and use of rainwater.

In addition, the company has also created bird boxes and has a program of ideas to raise awareness and further improve employee sustainability. This package of measures is combined to turn the MINI plant into a leading company in the green economy.

Recognizing the steps taken towards sustainability, Said Prince Charles during his visit: “For much of my life, I’ve been trying to draw attention to the need to operate in the most sustainable way possible, so it’s really very encouraging to see the breath of sustainability measures that are being they are implementing the whole company. ”

Returning to the importance of the electric car, the prince added: “The development of technology such as electric vehicles is vital to maintaining the health of our world for future generations … as we build a much more sustainable circular economy for the future of our communities and our planet “.