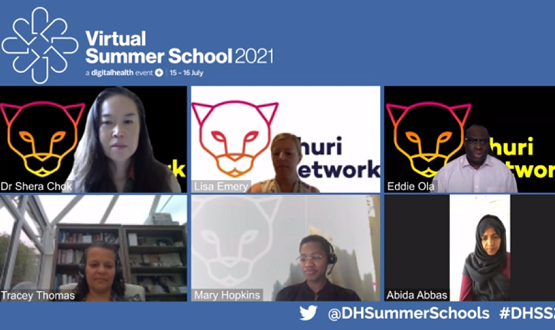 As it celebrates its second anniversary, the Shuri Network has launched a call to its allies to help promote change over the next 12 months.

Speaking of al Virtual Summer School (VSS), two years after its appearance officially released in 2019, network members and supporters discussed how the NHS IT community can promote diversity in leadership roles.

While there has been progress over the past two years, including members growing from 500 to 1200 and the introduction of a virtual shadow program, the network’s co-founder and president, Dra. Shera Chok, stressed that there are more things that can be done.

“The Shuri Network is two years old, many of you have traveled with us since we were born in Leeds and we greatly value your support, but now the question is what will it be?” He said.

“We want to make a call to action for everyone in this call today: what can you do to move things forward? Look around, look at your teams, if they’re not diverse, there’s something to your recruiting strategy. and retention.

“Do something for the next twelve months and tell us what you do so we can share how you change the culture of your organization.”

The board also spoke:

Emery and Hopkins shared their experiences of participating in the Shuri Shadowing program: a virtual partnership between two people, the “ally / host” and a “member / guest” of the Shuri network that promotes peer learning.

Although she was an “ally / host,” Emery said she has benefited from participating in the program as she has given her more information on how she helps women on her own team.

“It has given me a lot of food to think about and I intend to continue to do so,” he added.

Although Hopkins said the experience had given him the opportunity to “demystify” digital health.

He added that he has had “fantastic conversations” with Lisa, service directors and other NHS colleagues who have allowed him to get to know the industry better.

Attendees also heard from the patient’s advocate, Liz O’Riordan their experiences of being a cancer patient in the NHS. O’Riordan strongly recalled that technology is not only a tool to benefit physicians, but also a tool to empower patients.

The 2021 Digital Health Summer School will take place on July 15 and 16. The free virtual event is exclusive only to members of the NHS and the public sector of digital health networks.