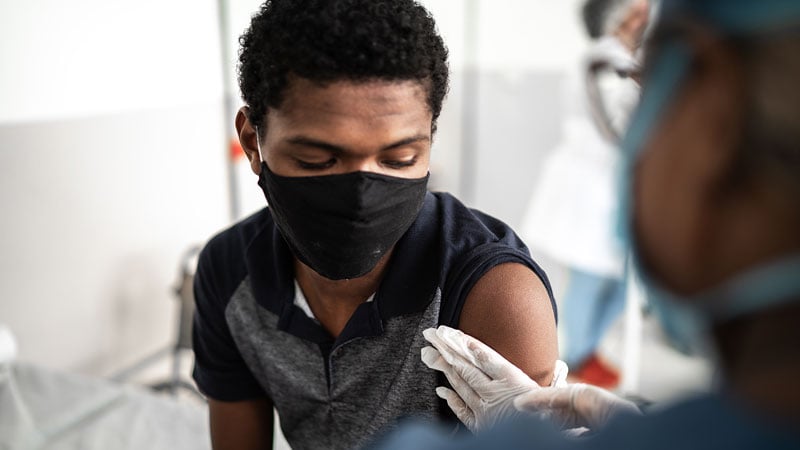 U.S. officials are willing to authorize the Pfizer COVID-19 vaccine for children ages 12 to 15, while some countries are still struggling to vaccinate health workers who run their daily lives.

The decision to immunize teens has sparked an ethical debate among medical professionals: Should the doses set for American teens go abroad?

“Why should it matter if these two people are in different countries?”

Albert Bourla, CEO of Pfizer, dit in a conference call with investors Tuesday morning that the FDA could give the green light early next week. Welcome news to parents across the country as coronavirus rates continue to rise among teens. March 31st, Pfizer announced that the vaccine “demonstrated 100% effectiveness” in children aged 12 to 15 years.

According to a joint report of the American Academy of Pediatrics and the Children’s Hospital Association, children accounted for 22.4% of new cases reported during the week of April 29th.

The vaccination program in the United States is advancing rapidly, and President Joe Biden targets have 70% of Americans with at least one shot before July 4th. Meanwhile, in India, vaccination rates are around 11%, and less than half of health workers in India are immunized.

“It’s like we had a massive festive buffet and bought one more to store in the freezer, while other people were out of hunger,” Spencer says.

The administration announced plans in late April to ship 60 million doses of the AstraZeneca vaccine to countries in need. But that will not be enough to help resolve the humanitarian crisis, he says.

Spencer is just one of many voices in the public health world calling for more international help from Florida University of Florida biostatistician Natalie Dean, Ph.D. needs and regulations – “the optics to vaccinate teenagers while vaccination rates in developing countries are so low are remarkable.”

“There are many avenues the U.S. government could follow to reduce these inequalities.”

The situation presents a moral dilemma about “vaccine nationalism,” a principle rooted in the idea that a country should vaccinate its own population before moving on to other populations, says David Beyda, MD, president of the Department of Bioethics and Medical Humanism from the University of Arizona College of Medicine in Phoenix.

“Giving it to children will move us towards herd immunity. From an ethical perspective, the main concern is to vaccinate as many people as possible here,” he says.

But the immunity of the herd is no longer an integral part of the administration’s rhetoric. Presidential adviser Anthony Fauci, MD, has described the concept as “mystical” and “elusive” because it’s still unclear how many people need to be vaccinated to get there.

But Beyda says the effort to get herd immunity should continue.

In the same call in which Bourla informed participants about the upcoming approval, he also said that data from a trial for children ages 2 to 5 and 5 to 11 will be ready to be submitted to the FDA on September.

But that may be harder to justify if other countries are still struggling, says Arnold Monto, MD, an epidemiologist at the University of Michigan School of Public Health and acting chair of the FDA-related vaccine and biological products advisory committee. .

“The issue of getting vaccinated even younger is more difficult. There could be some debate because they haven’t been so involved in infection rates,” he says. “The key to making this work is that you really need a vaccine or immunity spread through the infection, and to do that, it’s important to get into the 12-15 age group.”