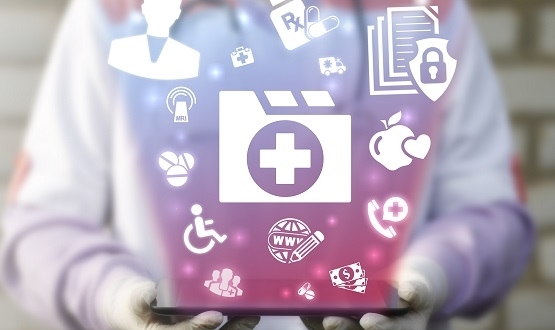 Sheffield Teaching Hospitals has dropped a £ 400m bid to obtain an electronic patient record for “low confidence” in the outcome.

Confidence issued the tender in August 2020, but last month stopped hiring due to concern that it would not “produce a competitive outcome”.

Kirsten Major, chief executive of the trust, told Digital Health News: “Buying a new EPR is one of the most important decisions our organization will make in the next decade and the choice we make will have an impact on the way we offer attention not only now. but towards the future.

“While we want the maximum benefits in terms of ease of use, adaptability and support for clinical decisions, we must also balance our aspirations with what is affordable in light of other necessary patient care commitments. in the future.

“After reviewing all the information available from the hiring process so far, we have made the decision to stop the process. We will now take a short period of time to decide what the next steps will be and take the opportunity to reflect on our Covid world and how we have been working for the last 15 months. “

The trust issued a tender to replace its current electronic patient record (EPR) with DXC Lorenzo. According to the tender announcement, three providers were asked to submit bids with a “wide range of clinical and administrative functions”.

Digital Health Intelligence data shows the confidence that DXC Lorenzo currently uses for its EPR. The system was installed in 2015 for a period of ten years until December 2025.

The successful bidder would have been expected to “supply, implement and maintain” the EPR for a period of ten years, with the possibility of extending it at the end of the contract.

It closed in October 2020 and a successful provider is expected to be announced in December 2020.

But one update to the tender, published in April 2021, revealed that the trust “decided not to continue with this recruitment exercise due to the lack of confidence that will offer a competitive result.”

Major told Digital Health News that the work done under the tender had proved “invaluable” for the future management of the trust.

“The learning and work done so far is not wasted and has proven invaluable in terms of clarity about what we need in the future to deliver the quality of care and experience of the patient and staff we want. provide, “he added.

“This work will also inform a lot of the next steps we take on our path to digital development, but we remain very committed to implementing an EPR as a key part of our healthcare delivery infrastructure.”

Meanwhile, the trust will continue to use DXC Lorenzo’s EPR.

DXC Technology recently completed the Selling Your Healthcare Provider Software Business in the Dedalus group. The deal was originally announced in July 2020 and DXC said it expects to receive about £ 350 million ($ 450 million) from the deal.

In a interview with Digital Health News Dedalus Regional Director General for the UK and Ireland, Colin Henderson and Will Smart, former NHS National CIO and now Dedalus Global External Relations Director, spoke about the company’s future, including the need for a better data integration and movement.

DXC Technology’s Lorenzo EPR system was the local service provider for the North, Midlands and East of England under the National IT Program (NPfIT).

Sheffield Teaching Hospitals selected the EPR towards the end of the NPfIT, which was later associated with almost Costs £ 12 million in insufficient performance to trust, according to the 2016 board papers.

Other issues were raised in the trust’s April 2017 board documents, which revealed that Lorenzo’s PAS had a fault that resulted in patient letters were generated but could not be printed.