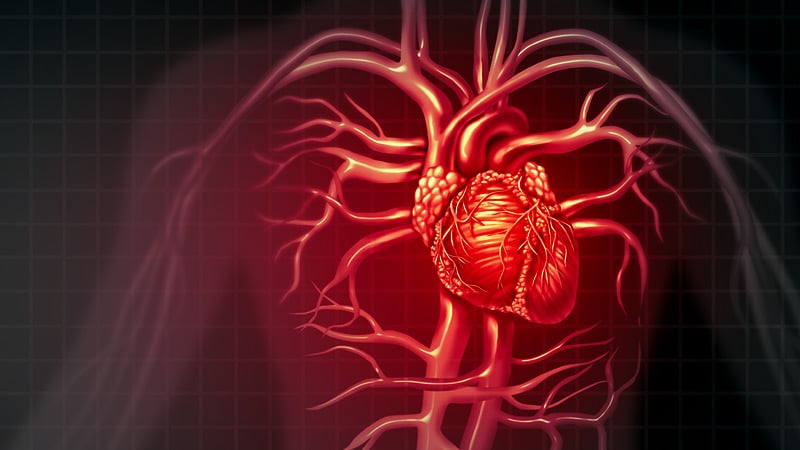 Gender-specific differences in the severity of symptoms and the prevalence of comorbidities in patients with chronic obstructive pulmonary disease (COPD) may point to different criteria for diagnosing heart comorbidities in women and men, a retrospective analysis suggests.

Among the 2046 patients in the German COSYCONET cohort (COPD and Systemic Consequences-Net Comorbidities), most functional parameters and comorbidities and several items from the COPD assessment test (CAT) differed significantly between men and women.

In addition, there were gender-specific differences in the association between symptoms and heart disease, reported Franziska C. Trudzinski, MD, of the University of Heidelberg, Germany, and colleagues.

(Note: Although the authors used the term “gender” to distinguish man from woman, here we have used the term “sex” to refer to the biological attributes of individual patients rather than personal identity.)

“[Sex]Specific differences in COPD not only included differences in the level of symptoms, comorbidities, and functional alterations, but also in their mutual relationships. This was reflected in different sets of predictors of heart disease, ”they wrote in a thematic poster presented during the 2021 International Conference of the American Thoracic Society (ATS).

The researchers performed a data analysis on 795 women and 1251 men with GOLD (Global Initiative for Chronic Obstructive Lung Disease) class 1-3 disease from the COSYCONET COPD cohort.

The authors used multivariate regression analysis to model possible sex-related differences in the relationship between symptoms in general and CAT items in particular, and the pattern of comorbidities and functional alterations.

The researchers found significant differences between men and women for most functional parameters and comorbidities, and for the cough items of CAT (item 1), phlegm (item 2), and energy (item 8; Pg <.05 for all comparisons).

In women, however, only age was significantly predictive of heart disease.

“Our findings provide clues as to how diagnostic information can be used differently in men and women,” write Trudzinski et al.

David Mannino, MD, medical director of the COPD Foundation, who did not participate in the study, said in an interview that sexual differences in the presentation and severity of COPD are common.

Comorbidities also differ between the sexes, he noted. Women are more frequent osteoporosis, and men have heart disease more frequently, as shown in the study. The prevalence of heart disease among the study patients was approximately 2.5 times higher in men than in women, Mannino noted.

“It’s reassuring, because what we see is similar to what we’ve seen in others [studies] in terms of comorbidities, ”he said.

The study was sponsored by Philipps University Medical Center in Marburg, Germany. The authors and Mannino have not reported any relevant financial relationships.