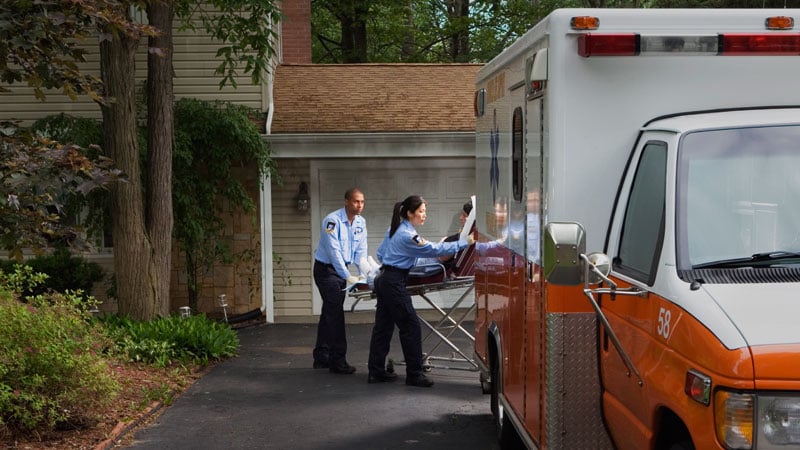 Death by self-injury suicide or overdose is one of the leading causes of female mortality in the first year postpartum, the data indicate. Many of these deaths can be prevented, said Adrienne Griffen, MPP, executive director of the Leadership Alliance in Maternal Mental Health.

Griffen discussed these findings and the ways in which physicians can help with the 2021 virtual meeting of the American College of Obstetricians and Gynecologists.

Women “visit a health care provider an average of 25 times during a healthy pregnancy and the baby’s first year of life,” she said. “Primary and obstetric care providers caring for pregnant and postpartum women have a unique position to intervene effectively to examine and evaluate women for mental health disorders.”

To that end, doctors should discuss mental health “early and frequently,” Griffen said.

“Asking about mental health issues and suicide won’t make women think those thoughts,” she said. “We can’t wait for women to raise their hand and ask for help because, when they did, they needed help many weeks ago.”

Obstetrics providers can tell patients they will check their mental health each visit, just as they do with weight and blood pressure, Griffen said.

For example, a doctor may tell a patient, “Your mental health is as important as your physical health, anxiety, and depression are the most common complications of pregnancy and childbirth, “Griffen suggested.” Every time I see you, I will ask you how you are and we will periodically do a formal screening assessment during pregnancy. … Your job is to respond honestly so we can connect you with resources as soon as possible to minimize the impact on you and your baby. “

Although the obstetric provider should introduce this topic, a nurse, breastfeeding The consultant or social worker can conduct tests and help patients experiencing distress, she said.

Over the past decade, several medical associations have published new guidelines on detecting anxiety and depression in new mothers. A recent opinion from the ACOG committee recommends the detection of depression at least once during pregnancy and once after childbirth, and encourages physicians to initiate medical therapy if possible and to provide resources and referrals.

Another opinion of the committee suggests that physicians should have contact with a patient 2 to 3 weeks after delivery, primarily to assess mental health.

Two other data sources on maternal mortality – the National Vital Statistics System and the Pregnancy Mortality Monitoring System – do not include information on suicide, which may be a reason why this is not discussed more often. cause of death, Griffen noted.

MMRCs, on the other hand, include information about suicide and self-harm. About half of the states in the United States have these multidisciplinary committees. Committee members review the deaths of all women during pregnancy or during one year of pregnancy. Members consider a range of clinical and non-clinical data, including reports from social services and the police, to try to understand the circumstances of each death.

A report which examined pregnancy-related deaths using data from 14 U.S. MMRCs between 2008 and 2017, showed that mental health conditions were the leading cause of death in non-Hispanic white women. In total, 34% of pregnancy-related suicide deaths had a documented previous suicide attempt and most suicides occurred at the end of postpartum (43-365 days postpartum).

Some doctors cite lack of education, time, reimbursement, or referral resources as barriers to maternal mental health treatment and detection, but there may be helpful options available, Griffen said. Postpartum Support International provides resources for doctors and mothers. The National Reproductive Psychiatry Curriculum and the Seleni Institute also have educational resources.

Some states have access programs in psychiatry, where psychiatrists educate obstetricians, family doctors, and pediatricians on how to assess and treat maternal mental health problems, Griffen noted.

Self-care, social support, and conversation therapy can help patients. “Sometimes medication is needed, but a combination of all of these things … can help women recover from maternal mental health conditions,” Griffen said.

While medical societies have emphasized the importance of detecting and treating maternal mental health in recent years, the risk of self-harm has been a concern for obstetricians and gynecologists long before, said Marc Alan Landsberg , MD, member of the scientific committee of the meeting. who moderated the session.

“We’ve been talking about this at ACOG for a long time,” Landsberg said in an interview.

The presentation highlighted why obstetricians, gynecologists and other doctors who give birth to babies and care for women after childbirth “have to test these people,” she said. The finding that 34% of pregnancy-related suicide deaths had a previous suicide attempt indicates that clinicians could identify these patients, Landsberg said. Suicide and overdose are the leading causes of death during the first year after childbirth and “probably 100% of these are preventable,” he said.

As a first step, screening can be relatively straightforward. Edinburgh Postnatal depression The ladder, highlighted during the talk, is an easy and quick tool to use, Landsberg said. It contains 10 items and assesses anxiety and depression. He also asks specifically about suicide.

Griffen and Landsberg had no conflicts of interest.