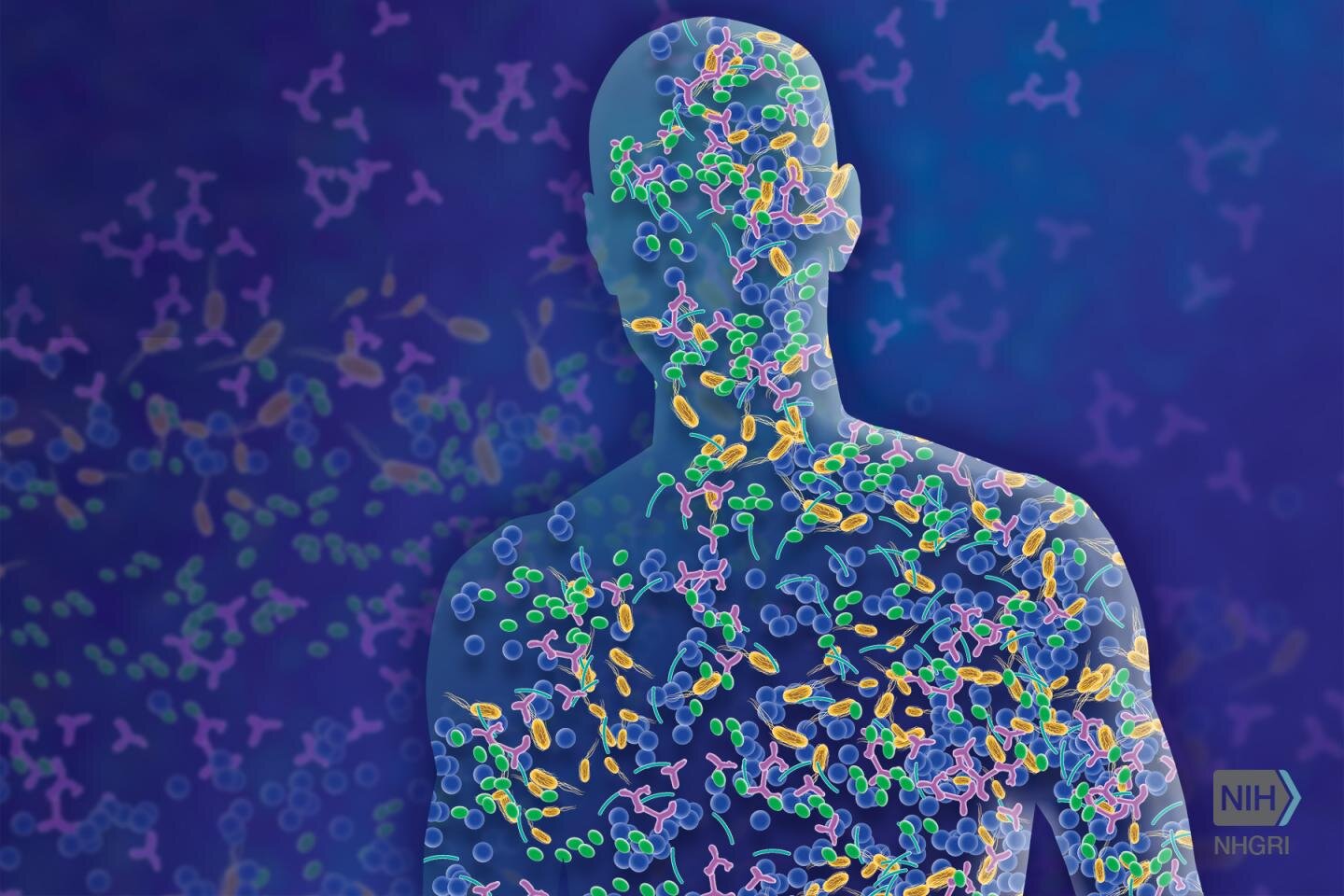 Scientists at the National Institutes of Health and their collaborators have identified an internal communication network in mammals that can regulate tissue repair and inflammation, providing new insights into how diseases such as obesity and inflammatory disorders develop. the skin. The new research is published in Cell.

The billions of organisms that live on the surface of the body, such as the skin of mammals, collectively called microbiota—Communicate between them and the host’s immune system in a sophisticated network. According to the study, viruses integrated into the host genome, remnants of previous infections called endogenous retroviruses, can control the interaction of the host immune system and the microbiota, affecting tissue repair and antimicrobial defenses. Endogenous retroviruses can make up up to 10% of all genes.

The recently discovered role of endogenous retroviruses adds to the scientific community’s understanding of certain diseases and inflammatory states and opens up new avenues of research. “Together, our results support the idea that mammals may have opted for their endogenous viromes as a means to communicate with their microbiota, leading to a multireginal dialogue that controls immunity and inflammation,” the authors state.

Based on a series of studies over the past decade that show that the microbiota promotes immune protection, scientists and NIAID collaborators tried to figure out how this happens. They used Staphylococcus epidermidis, a common skin bacterium with known useful and harmful properties, as a study model in laboratory experiments and mice.

The models helped them identify the important role of skin cells called keratinocytes and endogenous retroviruses in communication between the microbiota and the skin’s immune system. Keratinocytes are the main interface between the host and its microbiota. His study showed that S. epidermidis triggered a antiviral response in keratinocytes, and this finding led them to discover that endogenous retroviruses coordinate microbiota responses that stimulate immune system.

The mouse model also showed that a high-fat diet triggers an inflammatory immune response to S. epidermidis that can be controlled by providing antiretroviral treatment, suggesting a role for endogenous retroviruses in conducting inflammatory responses caused by microbes under fat-rich conditions. Researchers will continue to explore how these ancient viruses control the beneficial role of the microbiota and how nutrition can shift this dialogue toward proinflammatory responses.

Provided by
NIH / National Institute of Allergies and Infectious Diseases