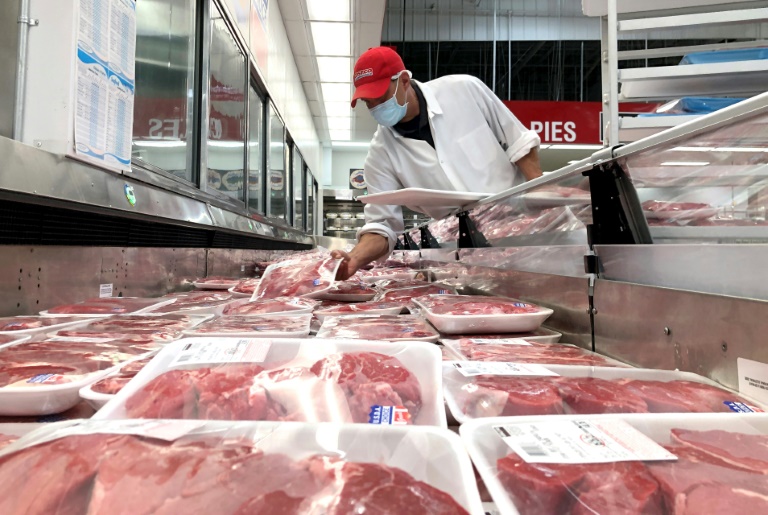 Eating less red meat is standard medical advice for preventing colorectal cancer, but the way it causes cell mutation is still unclear and not all experts were convinced there was a strong link.

A new article in the journal Cancer Discovery has now identified specific patterns of DNA damage triggered by diets rich in red meat, which further involve food as a carcinogen, announcing the possibility of detecting cancer earlier and designing new ones. treatments.

Previous research establishing the connection was primarily epidemiological, meaning that people who developed the disease were surveyed about their eating habits and researchers detected associations with incidence of colorectal cancer.

But the lack of clarity around biology meant that the case was not completely stalled, and in 2019 a team of investigators made waves when they stated that they only had a “low” degree of certainty that the reduction in consumption would prevent death from cancer.

“When we say that red meat is carcinogenic and affects the incidence of cancer, there must be some plausible way to do it,” oncologist Marios Giannakis, an oncologist at the Institute of Cancer, told AFP. Dana-Farber Cancer, who led the new study.

After all, scientists long ago discovered which chemicals in cigarette smoke are the culprits of cancer and how certain bands of ultraviolet light penetrate the skin and trigger mutations in genes that control growth and division. of the cells.

To address the knowledge gap, Giannakis and colleagues sequenced DNA data from 900 colorectal cancer patients, who came from a much larger group of 280,000 health workers who participated in several-year studies. which included life surveys.

The strength of this approach is that people who documented their diet had no way of knowing their future cancer diagnosis, rather than asking people to remember their eating habits after they became ill.

The analysis revealed a different mutational signature: a pattern that had never been identified before, but that was indicative of a type of DNA damage called “alkylation.”

Not all cells containing these mutations will necessarily become cancerous, and the signature was also present in some healthy colon samples.

Signing the mutation was significantly associated with the intake of red meat, both processed and unprocessed, prior to the patient’s cancer diagnosis, but not with the intake of poultry, fish, or other lifestyle factors that were examined.

“With red meat, there are chemicals that can cause alkylation,” Giannakis explained.

Specific compounds are nitrous compounds that can be made from hemp, which is abundant in red meat, as well as in nitrates, which are often found in processed meat.

In addition, among the genes that were most affected by alkylation patterns were those that previous research has shown are among the most common drivers of colorectal cancer when mutated.

Taken together, the multiple lines of evidence accumulate a compelling argument, said Giannakis, who compared the investigation to careful detective work.

In this case, the signature of suspicious mutation has a lot to answer: patients whose tumors had the highest levels of alkylating damage had a 47 percent higher risk of colorectal cancer-specific death, compared with patients with lower levels of harm.

But Giannakis, also a practicing physician, said it was important to focus on how research can be used to help patients.

Future work can help doctors identify which patients are genetically predisposed to accumulating damage by alkylation and then advise them to limit red meat intake.

Identifying patients who have already begun to accumulate the mutational signature could help identify who is most at risk of developing cancer or detecting the disease at an earlier stage.

And because the amount of alkylation damage appears to be a biomarker of patient survival, it could possibly be used to inform patients about their prognosis.

Finally, understanding the biological pathway through which colorectal cancer occurs paves the way for drugs that interrupt or reverse the process, preventing the disease.

Giannakis stressed that the message to take away is not for people to completely abstain from red meat: “My recommendation would be that moderation and a balanced diet are key.”

High levels of tumor alkylation damage were only observed among patients who ate on average more than 150 grams per day, approximately equal to two or more servings.