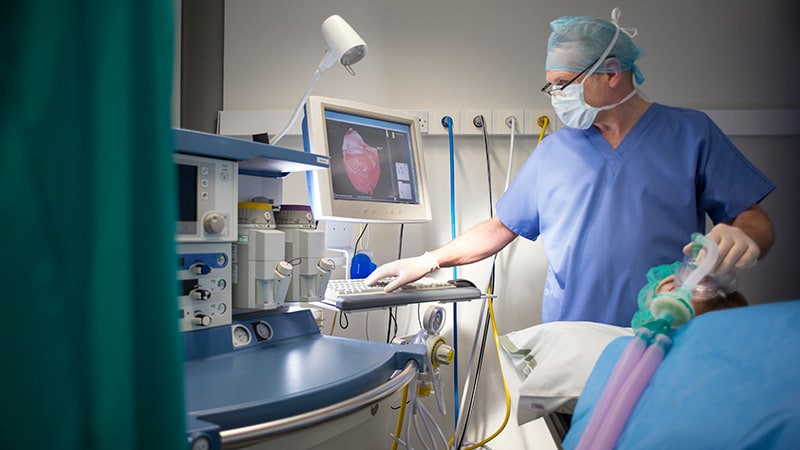 The COVID-19 pandemic affected radiologists ’earnings slightly in 2020, with nearly half of radiologists reporting at least some decline in compensation and average annual income falling by about $ 14,000, according to the Medscape 2021 Compensation Report.

The report reflects the responses of nearly 18,000 physicians from 29 specialties on compensation, work-related issues, and, most importantly, how practices worked during the unprecedented challenges of the COVID-19 pandemic.

For the majority (92%), the decline in profits was attributed to the aftermath of the COVID-19 pandemic; however, 19% reported that other factors played a role.

Eighty percent of radiologists reported that they had obtained an incentive bonus that exceeded three-quarters of their total possible bonus. They obtained, on average, approximately 83% of their potential bonus, slightly higher than the 68% reported by doctors in general.

Approximately 65% ​​of radiologists in general reported that they were strongly compensated, which is close to the top of the list of specialties. Oncologists directed this attention; 79% of oncologists reported that their income was fair.

At the bottom of the list are physicists with infectious diseases, among whom only 44% believe their compensation was fair.

Workload of radiologists in 2020

Procedures and administrative tasks appear to be less onerous for radiologists compared to other specialists. Radiologists reported devoting a relatively low average of 11.6 hours per week to these tasks outside of patient visits, below the 12.3 hours per week reported in 2019. This placed them in third place at the end. from the list. Anesthesiologists had less load, with only 10.1 hours per week.

Those with the highest paperwork and administrative burden were, perhaps predictably, specialists in infectious diseases, who spent an average of 24.2 hours per week on these tasks.

For working hours in general, radiologists reported working an average of 49 hours per week, slightly less than the 50 hours per week in 2019.

Fifty-one percent of radiologists reported that they expect the 1% to 25% reduction in patient volume to be permanent.

In terms of job satisfaction, 43% of radiologists reported that the most rewarding factor of their job was “being good at what I do / find answers, diagnosing”.

Asked about the most challenging aspect of their work, radiologists responded more frequently “worrying about being sued”; 21% of radiologists reported having this concern, which was approximately three times higher than that of other specialists.

On average, only about 7% of doctors in other specialties are concerned about being sued as their main challenge.

About three-quarters (74%) of radiologists reported that they would choose a medical career again if given the opportunity, which was only slightly lower than the 78% reported by doctors in general.

This rate places them in third place at the end of the list of specialists in terms of choosing again from the medical career. Physical medicine and rehabilitation were at the bottom of the list, with 67%, and oncology, with 88%.

However, the rate of those who would choose radiology again is significantly higher: 93%, near the top of the list. This rate changed from 2019.

The gender gap remains a concern

Commenting on the survey, Howard P. Forman, MD, professor of radiology and biomedical imaging at the Institute for Social and Political Studies, Economics, Management, and Public Health (Health Policy) at Yale University in New Haven, Connecticut, he warned that “there are always concerns about surveys that depend on individual reports and a relatively limited sample.

“The fact that radiology compensation has fallen and has done so in relation to other specialties is not surprising, given the huge impact of the pandemic across the country,” he said. Medscape Medical News.

“The fact that a lot of people think it will take me five years to recover is a little bit surprising,” he said.

Among all doctors in the survey, there were almost twice as many men (61%) as women (36%). Forman noted that there is generally a concern about gender imbalance in radiology.

“Women continue to be a minority within our camp, and this has hardly picked up the pace that would otherwise be expected,” she noted.

In 2004, Forman and his colleagues wrote one review in which they assessed why women medical students tended not to choose radiology.

“‘[It’s been] It’s been 17 years since I led this review and we’re not advancing what we should be doing, ”he said.