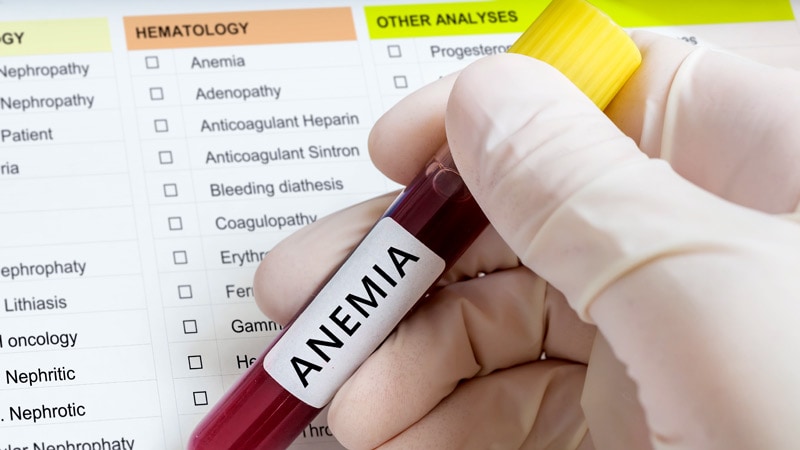 Roxadustat: The most advanced agent in a class of oral medications to treat anemia in patients with chronic kidney disease (ERC): has now demonstrated efficacy and safety in a phase 3 trial sextet that collectively randomized more than 8,000 patients worldwide, including dialysis-dependent patients and patients who had not yet progressed towards dialysis.

Next for roxadustat (Evrenzo) is a meeting of the advisory committee of the U.S. Food and Drug Administration scheduled for July to assess whether the drug deserves approval as a first agent in the class of oral prolylhydroxylase inhibitors (HIF-PHI) factor inducible by hypoxia.

The drug class takes advantage of a normal regulatory pathway that increases hemoglobin production in response to hypoxia by increasing endogenous erythropoietin, improve iron availability and reduce hepcidin. Five HIF-PHI class agents are already on the market in Japan or China, including roxadustat. In Europe, an application for approval of roxadustat for the treatment of ERC anemia in dialysis and non-dialysis patients under review in May 2020

Favorable efficacy and safety in general as outpatient treatment

“These agents appear to have a favorable overall efficacy and safety profile,” said Steven N. Fishbane, MD, head of the Kidney Disease Division and Hypertension both at Manhasset Northshore University Hospital and at Long Island Jewish Medical Center, New York.

Speaking during SCM21, he expressed promise to use orally administered medications as outpatient treatment, an opinion shared by Volker H. Haase, MD, who spoke during the same session.

“Having a medication for oral anemia would certainly be an advantage, especially considering some of the logistical problems of treating anemia in an outpatient setting,” commented Haase, a nephrologist and professor at Vanderbilt University in Nashville. , Tennessee.

But the encouraging data collected on roxadustat and other HIF-PHI class agents go beyond its route of administration.

These drugs “increase both erythropoietin and iron, producing a more balanced effect that is very different from what we currently do” by treating patients with either approved. erythropoietin stimulating agents (ESA), epoetin alfa i darbepoetin alfa (Aranesp), both delivered by injection, explained Fishbane, co-author of the poster presented at SCM21.

HIF-PHI agents mobilize stored iron, giving them the “remarkable” ability to be so effective at increasing hemoglobin in patients who are not full of iron, as well as in those who are.

The analysis combined six separate phase 3 trials and included 4277 patients with non-dialysis-dependent CKD and 3890 who were dialysis-dependent, including a subset of 1530 who began dialysis 2 weeks to 4 months prior to randomization. to roxadustat or epoetin alfa (defined as recent onset). dialysis).

Among patients who did not depend on dialysis, treatment with roxadustat three times a week produced a sustained increase in hemoglobin from baseline that averaged about 1.6 g / dL higher than patients who they received a placebo.

Among dialysis-dependent patients, roxadustat increased hemoglobin from baseline by approximately 1 g / dL, similar to and not inferior to controls receiving epoetin-alpha, Provenzano and co-authors note in their poster. Treatment with Roxadustat also significantly reduced the need for treatment with iron and blood transfusions and reduced volume-related adverse events compared with controls, reported Provenzano, a Detroit-area nephrologist, and colleagues.

The results of additional studies that were reported at the meetings, but have not yet been fully published, did not show statistically significant differences in the rate of major adverse cardiovascular events (MACE) with roxadustat compared with controls. in dialysis-dependent or non-dialysis patients, Fishbane said.

He noted that this lack of a significant impact on MACE persisted after adjusting the data based on a clarification issued by FibroGen, one of the companies that develop roxadustat, in April 2021.

Researchers published the MACE result for the subset of 1530 patients who began dialysis immediately before randomization. The analysis showed that treatment with roxadustat was associated with a significant reduction in MACE compared with controls treated with epoetin alfa, as well as with no lower efficacy.

However, the analysis, published in International kidney reports in December 2020, a spokesman for Elsevier, the magazine’s editor, retires, he said Retraction clock this week, noting that “authors will have the opportunity to re-submit a corrected version.”

This contrasts with recently published results for another HIF-PHI agent, vadadustat (Vafseo, Akebia Therapeutics), com reported per Medscape Medical News, which showed no lower efficacy compared to darbepoetin-alpha in nearly 3500 randomized patients with non-dialysis ERC on PRO2TECT studies, but a significant relative increase of 17% in MACE.

Results of a comparison of vadadustat with darbepoetin alfa in 3923 dialysis-dependent patients published at the same time, in the INNO2The VATE trials showed a different result: vadadustat was not inferior to the active comparator for both safety and efficacy of MACE.

Unresolved concerns about the long-term safety of roxadustat and other HIF-PHIs for other potential adverse effects, including the risk of triggering cancers, such as neuroendocrine tumors, that cause pulmonary hypertension, or producing thromboembolic events, proangiogenic effects, or progression of CKD, Haase said.

The trials on roxadustat were sponsored by FibroGen, AstraZeneca and Astellas Pharma, the companies that develop this drug. The pro2TECT and INNO2The VATE trials of vadadustat were funded by Akebia Therapeutics and Otsuka, the companies that develop this drug. Fishbane has been a consultant and has received funding for research from Akebia, AstraZeneca, FibroGen and MegaPro Biomedical. Haase has been an advisor to Akebia, AstraZeneca, FibroGen, Incyte and Rockwell Medical.