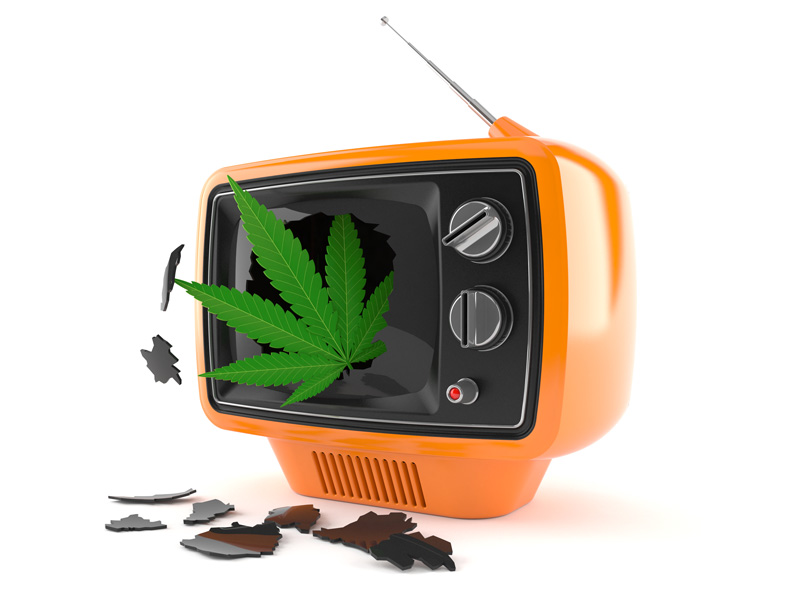 Cannabis brands, entertainers, and influencers are in a tough spot. Despite massive followings and high demand (no pun intended), pot-themed content is all but banned across the board, from mainstream television to radio to social media.

Accounts continue to be deleted from major platforms like Facebook (now Meta), YouTube, and Instagram, often at the height of their popularity. Cannabis-centric shows have made their way to Netflix, Hulu, and even HBO, but they’re often watered down and fail to authentically represent the community.

So as the old saying goes, if you want something done right, do it yourself.

Cannabis-specific streaming platforms such as Social Club TV420 Media’s Cannected TV (and the soon to be launched CBD TV from the team behind Cannabis & Tech Today) are now filling the gap, providing an outlet for creators and brands to reach their target audiences while simultaneously giving consumers an opportunity to access innovative content they may not otherwise see.

Diverse programming covering a range of topics offers something for everyone, from the canna-curious medical consumer to the heady boys and everyone in between.

Highlighting unique voices from across the industry, cannabis streaming channels are providing an inclusive space for creativity free from censorship or caricatures of the community.

In a digital age where “if you can dream it, it’s online somewhere,” and virtually anyone has a shot to become an overnight viral sensation, streaming is all the rage.

Long gone are the days when major networks and Hollywood studios were the only way to reach a wide audience. As a growing number of independent content creators forgo the traditional avenues of distribution, and consumers demand more and more content targeted toward their extremely specific interests, the big players simply can’t keep up.

“In essence, the playing field has become level now that the niche content has an outlet,” said Brenda Gallagher, programming director for televisionsyndication.com.

As the legal cannabis marketplace grows, so too does the need for programming that represents the evolving demographics of cannabis users. Classic “stoner” characters like Cheech & Chong simply fail to resonate – the audience nowadays is just too diverse.

“When we first started, we wanted to make sure that we reached a broad audience. We recognized there was no quality TV network producing or distributing content for one of the fastest-growing consumer bases in the world, ”explained Josh Otten, co-founder and CEO of Social Club TV. “

Just because someone consumes cannabis doesn’t necessarily mean they want to watch a bunch of shows just about cannabis – we touch on business and culture. ”

This authentic programming is more likely to win the hearts of those tuning in.

“Viewer demand for customization of the streaming network is led by how the interviewer makes the audience feel,” Gallagher noted.

“A streaming broadcast by real people feels more intimate, and the viewer can connect with the person or people on the show.”

It’s no secret that there are a wide range of issues facing the legal cannabis space, and PR is one of them. Between the plant’s current Schedule I status in the eyes of the federal government, and legal states’ banning many types of advertising, it’s impossible for cannabis companies to take full advantage of the multitude of marketing channels available today.

From random account deletions on Instagram to rejected targeted ads by Google, the frustrations facing legal cannabis operators hoping to grow their businesses are fierce.

“We are constantly running into challenges with social media platforms, despite the fact that we sell cannabis protection – not cannabis itself. It’s difficult to build a community with unclear rules, unwelcoming bans, and ever-changing algorithms, ”lamented Bruce Kennedy, social media manager for Boveda, makers of two-way humidity control terpene shield packets.

“Our industry needs a better space to thrive in.”

Even when given the go-ahead by mainstream channels, cannabis content is still subject to intense scrutiny not seen by the majority of other types of programming.

“With cannabis, you are put in a marketing box of where you can get coverage,” said Scott McKinley, creator of The Dab Roast, an interview show similar to Hot Ones where guests are asked questions paired with dabs.

“All of my videos on YouTube get age-restricted, which keeps a lot of press from publishing the video link. Also, you can’t monetize cannabis content through YouTube – you have to sell your own advertising. ”

McKinley finds platforms like Social Club TV especially useful in broadening his show’s reach. “Social Club TV has an audience of its own. I’m happy to stream our first season in as many places as possible to give our sponsors the biggest shot at getting seen. ”

Streaming platforms provide a way for the cannabis community to connect in a way unlike any other. Creativity and authenticity are celebrated while fears of censorship are removed.

Brands and creators have the ability to market themselves and consumers can access relevant content they may not find through other channels.

That sentiment will likely lead to an increase in engagement as more people “cut the cord” and take control of their entertainment.

“Our goal is to be a destination for the audiences and the creators that want to reach them.”

And while cannabis streaming platforms will likely remain forces to reckon with, McKinley is hopeful for what’s ahead, looking forward to the day when programs like The Dab Roast are just as common as the latest sitcom or cooking competition show.

“I think things are changing and we will see an all-cannabis channel on traditional cable… at some point.”