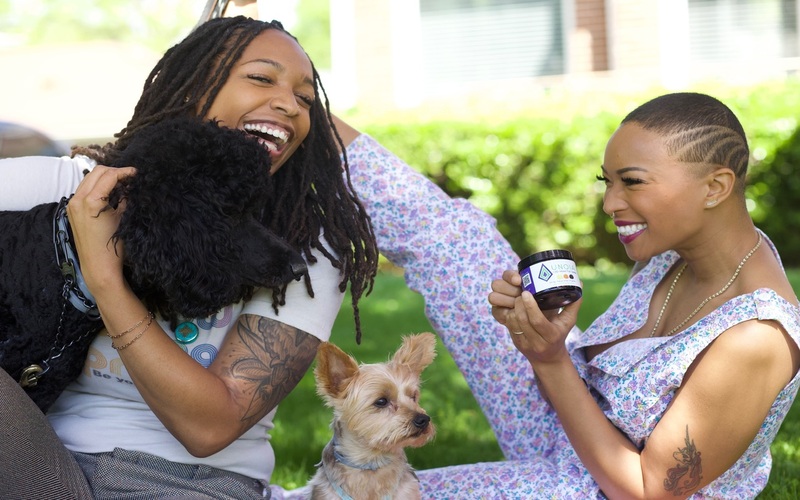 The cannabis industry owes a lot to the LGBTQIA + community. Not only has the community continuously fought to be seen authentically, it has led an uphill battle for the cannabis plant to be seen as well.

Noteworthy LGBTQIA + advocates for cannabis came at a time when the streets were alive with gay liberation protests, anti-war movements, and the fight for racial equality.

During the AIDS epidemic of the 1980s and early 90s, gay activists like Dennis Peron and Kiyoshi Kuromiya recognized the healing properties of cannabis and what it could do to help in the treatment of suffering patients. LGBTQIA + activists were beyond their time, seeing potential in the plant that we’re reaping the benefits from now.

Let’s take a look at a few influential, modern-day LGBTQIA + pioneers who have made a name for themselves within the cannabis industry and are creating a more prosperous environment for others.

JJ McKay: Founder and Publisher of The Fresh Toast

JJ McKay is the founder and publisher of The Fresh Toast, one of the largest consumer-facing cannabis media companies in North America.

Their reliable reputation awarded them press credentials during the 2020 presidential election.

“I think there’s more work to be done,” McKay said. “When you go to meetings, 80% of the industry is still white, straight males of a variety of ages and a variety of backgrounds.”

That being said, McKay has noticed the industry evolving in other ways.

“When we launched at the end of 2016, 50% of the meetings would be your classic grower that’s moving into legalization – people who are fighting [for their] dream and fighting the man, ”he said.

“Then it evolved into more people who see it as a legitimate industry and a way to establish themselves in an industry that’s going to be very profitable.

“I’m usually hosting the conference or doing things like that – and we have such a big voice, a million people see our content every day, so people are nice. But, it’s definitely still a cliquey, old boys thing.

The Proud Mary Network was created to support queer voices within the cannabis industry through cannabis education by LGBTQIA + writers, hosting networking events, and advocacy work.

Brewer, who founded the organization in 2019, said the idea came together when noticing the lack of queer representation at an MJBizCon event.

“I can’t tell you how disappointing it is to see all of these conventions and all of these keynote speakers and there’s such a lack of representation, specifically for trans individuals,” Brewer said.

While Brewer is the mastermind behind Proud Mary, she has a lot of support from those within the industry. Proud Mary is heavily involved with popular drag queens Ducky and Patsy.

The network has collaborated with LGBTQIA + filmmaker and founder of cannabis consulting firm Synergy, Johann Balbuena. Brewer has future plans to make Proud Mary a nonprofit, as well as to create a job board that filters for queer-friendly companies.

“People reach out to me specifically to tell me how important this is and how much of an impact I am making. And you don’t know unless people check in, right? It’s so heartwarming and it feels like I’m doing something good, ”Brewer said.

There are many aspects within the company that mirror their own life.

Both Gray and Elise were former college athletes, so they know firsthand how tinctures can provide relief from physical pain.

Their CBD oil drips were also flavored after Georgia peaches to reflect the state in which they reside.

Gray emphasizes how important representation is for them to be an honest brand.

“We’re representing a Black voice, a female voice, a queer voice, and also a voice from the South, which is a very different voice as well, coming from a place that’s very conservative and anti-cannabis and all those things, Gray said.

“It’s interesting in itself. There’s a lot of fun prospects we have on cannabis. ”

Gray and Elise value transparency within their company, as well as in their own lives.

When viewing their website, customers can view an organized and detailed display of the Certificate of Analysis for each product they offer.

“That [transparency] was a big deal for us, and there’s a couple of reasons why. One is just being – and this is our experience as not necessarily LGBT, it could be too – but just being Black, people don’t always think that you have everything together. So with that, you have to make sure it’s just super together, ”Gray said.

“We want to make sure we’re giving the people that we support and that buy from us, that they know exactly what everything looks like, where everything comes from, that you’ll be safe, and you’re okay. You’re okay in the world of Unoia. ”