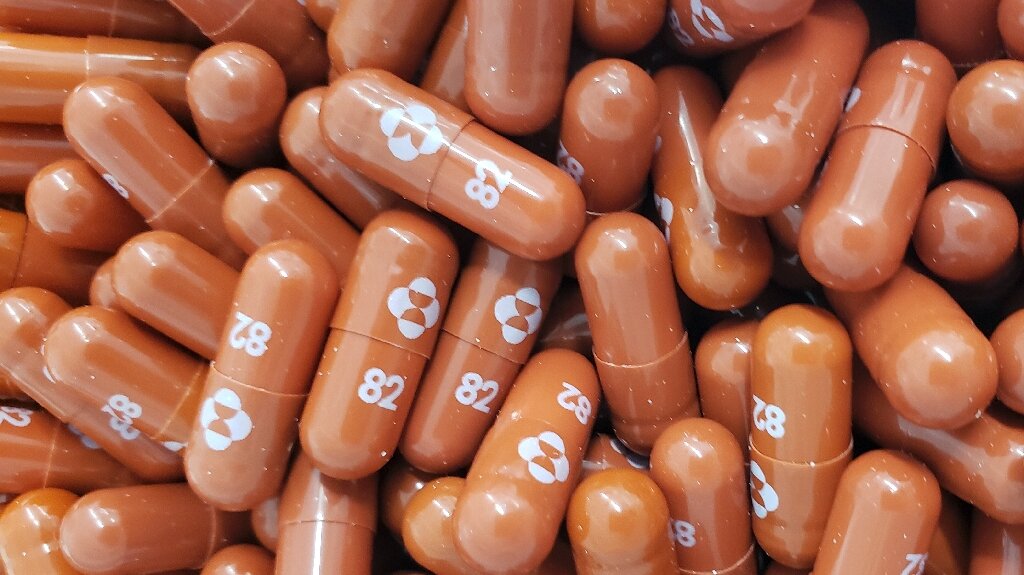 Prevention is better than cure, but when it comes to Covid, what happens when people can’t get the vaccine, don’t want it, or their immunity is suppressed, and the infection doesn’t stop?

An anti-coronavirus treatment is sought that can be taken as a pill shortly after confirming the positive, stopping the disease so that cases that have been severe end up being nothing more than a bad cold.

Several companies are working on so-called oral antivirals, which will mimic what the drug Tamiflu does for the flu.

“It’s great to have a major vaccine release, but certainly not everyone in our population will get it, and not everyone who gets the vaccine will have a complete answer,” Northwell Health infectious disease doctor David Hirschwerk told New York, he told AFP.

An easily storable and transportable pill would also offer practical advantages over existing treatments, such as monoclonal antibodies, which are injected mainly by drip into hospital infusion centers.

One of the pioneers in these efforts is a twice-daily drug called Molnupiravir, which is being developed by Merck in collaboration with Ridgeback Biotherapeutics.

The numbers are promising, but too small to draw firm conclusions, and the company is enrolling in a phase 3 trial with 1,850 people with results slated for the fall.

Molnupiravir belongs to a class of antivirals called “polymerase inhibitors”, which work by targeting an enzyme that viruses need to copy their genetic material and introducing mutations that leave them unable to replicate.

Because antibodies target a coronavirus surface protein that is constantly evolving, antivirals are expected to be more variant-proof.

Currently, there is only one antiviral approved by the Food and Drug Administration to treat Covid, which is Gildes Sciences ’Remdesivir.

Like Molnupiravir, it is a polymerase inhibitor, although its precise actions differ.

The biggest disadvantage of Remdesivir is that it was developed as an intravenous drug and targeted at hospitalized Covid patients, among whom it was shown to reduce modestly. Recovery time.

But by the time Covid has become serious, much of the damage to patients ’health comes from their own immune system that affects overload and damages their organs, rather than viral replication.

Therefore, it now focuses on oral formulations that can be taken a few days after infection, and apart from Merck, there are some other notable participants.

Roche and Atea have begun a trial of 1,400 patients to study their own oral polymerase inhibitor, AT-527.

“So far this drug has been shown to be very potent in vitro,” Jean-Pierre Sommadossi, founder and CEO of Atea, told AFP.

“I think after the pandemic, you will have a phase that will be endemic,” he predicted, with the company hoping to file a permit by the end of the year and launch the drug in 2022.

Pfizer, which has developed one of the leading pandemic vaccines, is also drawing significant attention to its oral administration. drugs PF-07321332, which has begun phase 1 human trials in healthy patients.

Its chronology is a little behind the rest, because medicine, which belongs to a class called “protease inhibitors“, was designed specifically against the SARS-CoV-2 virus, and work began in March 2020.

Protease enzymes act as molecular scissors that cut long chains of proteins smaller pieces, which are reassembled as part of viral replication.

Our orally administered protease inhibitor was designed to ‘fit’ into the protease (i.e., get into the scissors) and ‘lock’ it (i.e., prevent the scissors from working) said Charlotte Allerton, head of drug design at Pfizer. AFP.

The company expects to expand to final-stage studies by the middle of this year, he added.

All drug manufacturers also plan to study their drugs for preventive use among close contacts of infected people.

Developing antivirals have been shown to be effective in laboratory studies against other types of coronavirus, some of which cause serious diseases such as SARS and MERs, while others cause the common cold.

“If proven to be very safe and effective, it can be widely used, regardless of diagnosis, to treat and prevent multiple respiratory infections,” said Hazuda, of Merck’s product.

Citation: Looking for a pill to cure Covid: pharmaceutical alternative to vaccines (2021, May 27), retrieved May 27, 2021 at https://medicalxpress.com/news/2021-05-pill-covid-drugmakers-eye -alternative.html