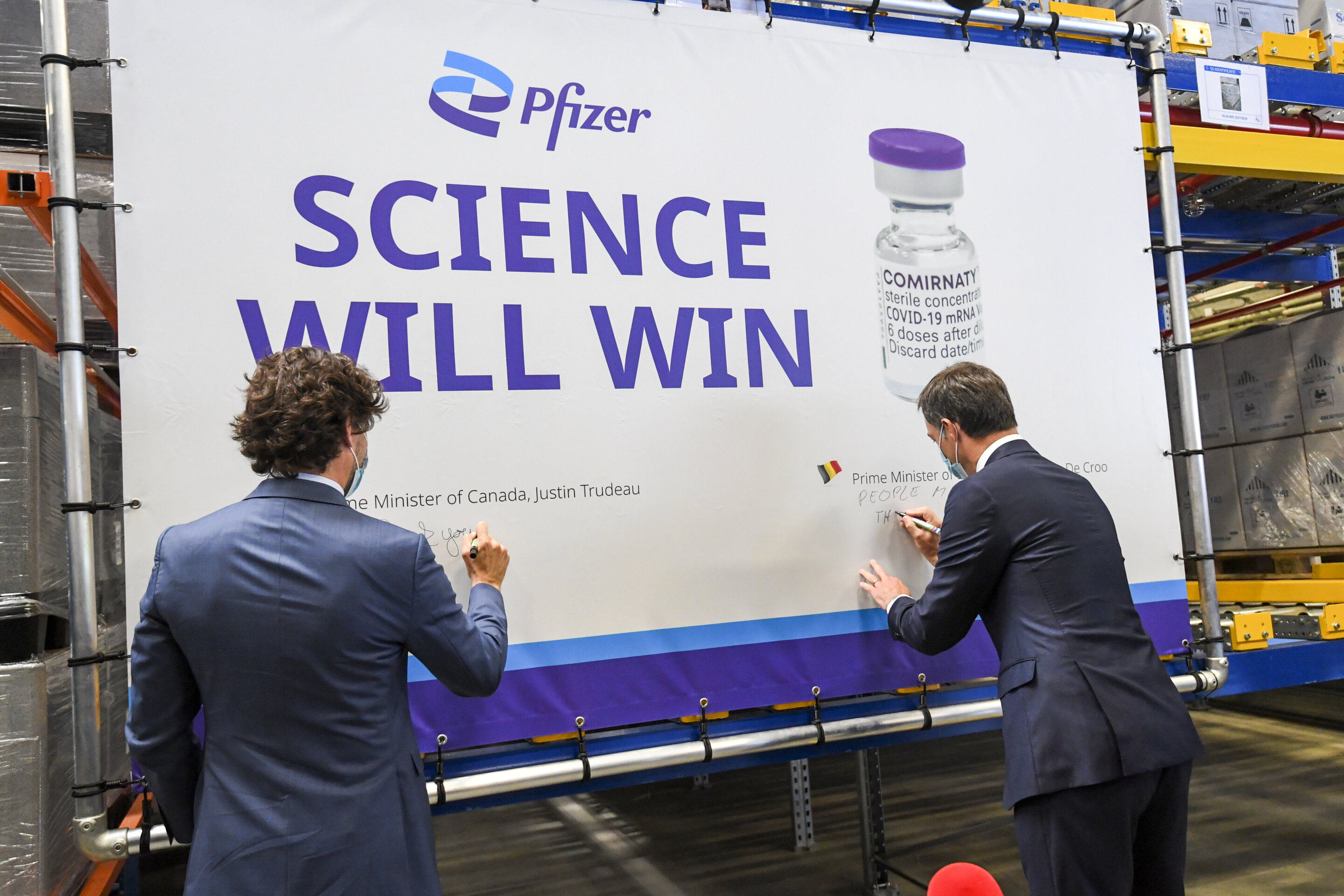 The Canadian National Vaccination Advisory Committee said Thursday that people who received the AstraZeneca vaccine as a first dose should receive Pfizer-BioNTech or Moderna for their second vaccine.

On June 1, the committee said AstraZeneca recipients “could” get Pfizer or Moderna for their second shot if they wanted to, but on Thursday it went further by saying the mRNA vaccine was the choice. ” preferred “.

As the advisory committee “first examined mixed vaccination schedules, new evidence is beginning to emerge suggesting that immune responses are better when a first dose of the AstraZeneca vaccine is followed by an mRNA vaccine as a second dose.” , said its vice president, Dr. Shelley Deeks, in the new guidance documents.

The committee also updated its previous recommendation that people at high risk of exposure or severe COVID-19 disease may choose to get AstraZeneca instead of waiting for Pfizer or Moderna. Now he says everyone should always get mRNA vaccines first, unless they are allergic to them.

Deeks said the advice is based on the growing supply of Pfizer and Moderna and the risk of vaccine-induced blood clots associated with AstraZeneca. But it still tries to reassure people who received one or two doses of AstraZeneca vaccine that they are nonetheless well protected.

“Anyone who has already received two doses of AstraZeneca / Covishield can be sure that it is protected, especially against serious illnesses,” he said. “A third dose is not needed at this time.”

“It ‘s really immunogenicity, that immune response, following this mixed-dose program that led to the update of this recommendation by NACI, because all the accumulated studies essentially suggest that the immune response is a better response, “Tam said at a conference press in Ottawa.

One such study from the German University of Saarland, which released early data on Wednesday, said administering Pfizer as a second dose after AstraZeneca, or just two doses of Pfizer, generated many more antibodies and T cells as two doses of AstraZeneca.

Currently, nearly 25 million Canadians have received at least one dose of vaccine and nearly 6 million are fully vaccinated. As of June 5, 2.1 million people had received one dose of AstraZeneca and 15,186 had received two doses.

There are currently no more scheduled AstraZeneca shipments, but there are still about 600,000 doses of previous deliveries left.

There are 14 million doses of Pfizer-BioNTech and Moderna to be delivered this week and next, including the donation of one million doses of COVID-19 from Moderna. vaccine from the United States who were due to arrive in Canada Thursday night.