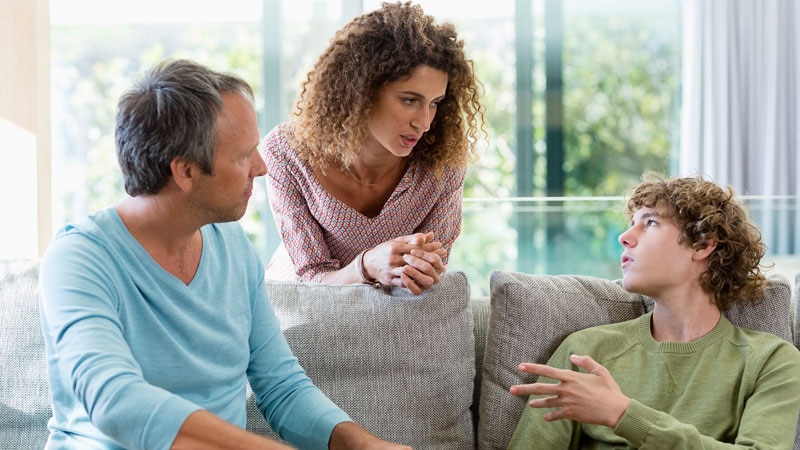 For gay and lesbian people, consistency in parents ’attitudes toward their child’s sexual orientation, even when negative, is an important factor in positive mental health outcomes, according to new research.

The study’s researcher, Matthew Verdun, MS, a licensed family and marriage therapist and doctoral student at the Chicago School of Professional Psychology in Los Angeles, Los Angeles, California, found that gays and lesbians whose parents they did not support their sexual orientation they could still have good results.

Research shows that members of the gay and lesbian community experience higher rates of mental illness and substance use disorders and that psychological well-being decreases during periods close to the disclosure of sexual orientation.

Verdun referred to a theory of homosexual identity formation in the literature that describes how individuals go through six stages: confusion, comparison, tolerance, acceptance, pride, and synthesis.

The research shows a U-shaped relationship between subjective reports of well-being in these six stages. The lowest rates occur during the tolerance comparison and identification stages.

“These stages roughly correspond to the time when people would reveal their sexual orientation to parents and family members. The time a person reveals is probably one of the most anxious moments of their life; it’s also where the its welfare rate is the lowest, ”Verdun said.

Verdun said he “wanted to know what happens when a parent is supportive or rejects at the time, but also what happens over time.”

To determine whether parental support affects depression, anxiety, or substance abuse in members of the gay and lesbian community, Verdun studied 175 individuals who identified as gay or lesbian (77 men and 98 women). and were recruited through social media. The majority (70.3%) were of white race or ethnicity.

Participants completed surveys by asking about their parents ’initial and current level of support in relation to their sexual orientation. They also completed the nine-item patient health questionnaire (PHQ-9), the seven-item general anxiety disorder (GAD-7), and the 20-item drug abuse screening tool (DAST-20). ).

The researchers classified participants into one of three groups according to parental support:

A fourth group, positive to negative, was excluded from the analysis because it was too small.

Verdun was unable to analyze the results of the substance abuse. “The results of the DAST-20 violated the assumption of homogeneity of the variances, which meant that the analysis could lead to errors,” he explained.

Analyzes for PHQ-9 and GAD-7 showed that the always positive group had the lowest symptom scores.

“People whose parents accepted had the lowest scores on anxiety and depression,” Verdun said.

For both PHQ and GAD, the results were significant (Pg <0.05) for the constantly positive and negative groups compared to the negative to positive group.

The difference between the constantly positive and negative groups was not statistically significant.

“But, interestingly, what I found was that people whose parents hesitated between accepting and rejecting over time actually showed more symptoms of mental health at the time of the assessment than people who parents constantly accepted or rejected, ”he said.

While the study provided evidence of better outcomes for those with consistently unsupportive parents, Verdun believes some hypotheses are worthy of further research.

One thing is that people with unsupportive parents receive support elsewhere and may, for example, turn to peers, teachers, or other members of the community, including religious leaders, and that the symptoms of mental illness may improve with this. support, Verdun said.

These people may also develop ways to “cushion their mental health symptoms,” possibly by cultivating meaningful relationships “in which they see themselves as a complete and total person, not just in terms of their sexual orientation,” she said.

Gay and lesbian people can also benefit from “healing activities,” which can include engagement and participation in their community, such as volunteering and learning about the history of their community, Verdun said.

Clinicians can also help gay and lesbian patients determine how and when to safely reveal their sexual orientation, he said.

The study did not include bisexual or transgender individuals because sexual orientation identification processes differ for these people, Verdun said.

“I would like to conduct future research that includes bisexual, trans and intersectional groups within LGBTQIA [lesbian, gay, bisexual, transgender, queer, intersex, asexual] community, ”he said.

Commenting on the study, Jeffrey Borenstein, MD, president and CEO of the Foundation for Brain and Behavior Research and editor-in-chief of Psychiatric news, he said the work is “extremely important and has the potential to lead to clinical guidance.”

Not surprisingly, levels of depression and anxiety were lower in children whose parents accepted their sexual orientation, Borenstein said. “It’s common sense, but it’s always good for a finding like that to prove it,” he said.

Parents who understand this relationship can better help their child who is depressed or anxious, he added.

Borenstein agreed that more research is needed on the pursuit of the benefits of consistent parenting, even when that parenting entails rejection.

This research could find out “what other types of supports these people have that allow for lower levels of depression and anxiety,” he said.

“For this population, the risk of mental health problems is higher and the risk of suicide is higher, so everything we can do to provide support and improve treatment is extremely important,” he said.