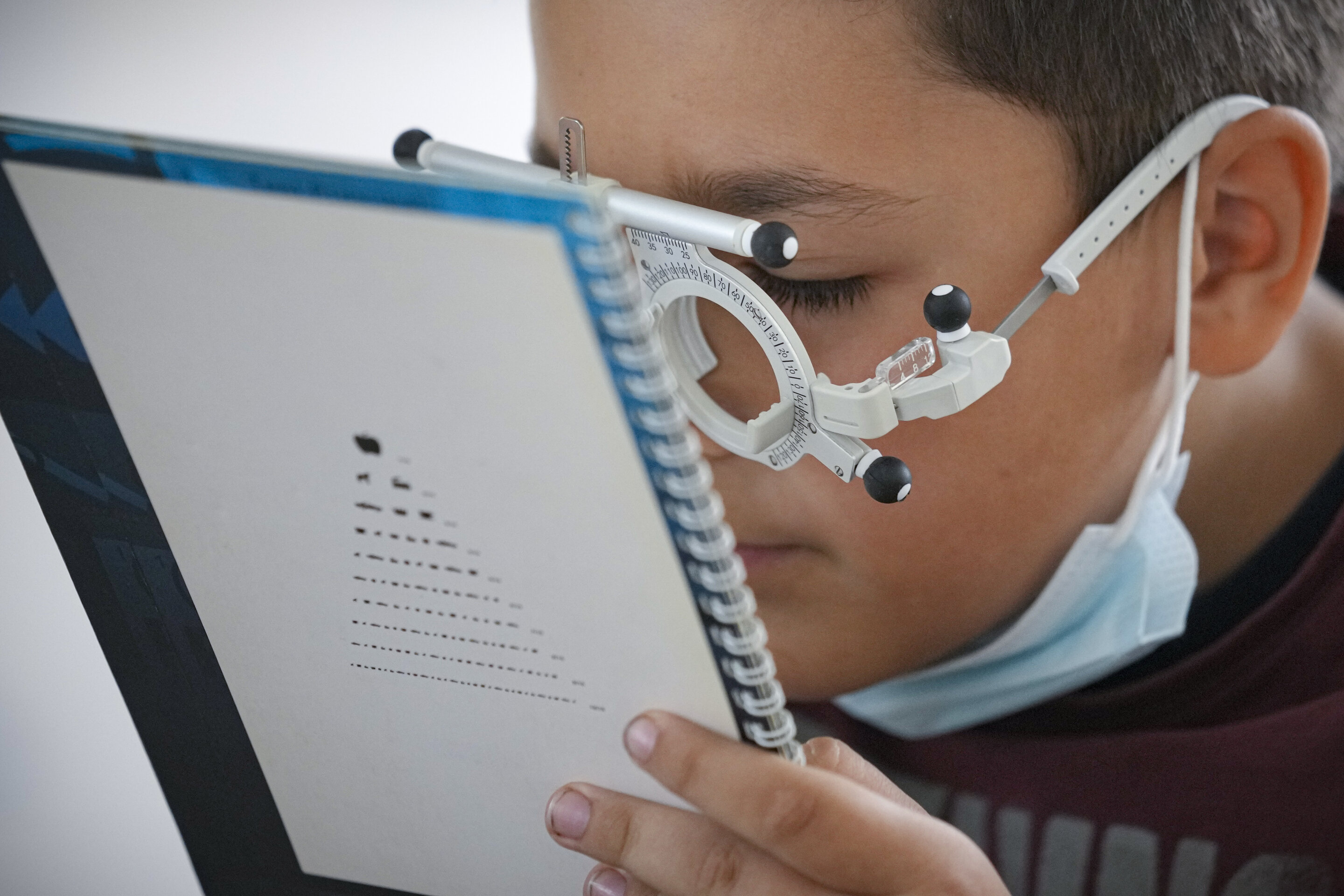 Dozens of Romanians children the eyes were first examined in a remote area of ​​the mountains of the southern Carpathians.

The humanitarian organization Casa Buna, or Good House, organized eye tests in Nucsoara, which includes several villages. Routine eye exams are recommended from early childhood, but many children are poor rural community she had never been examined by an ophthalmologist.

“Given that out of 30 children tested, 20 needed glasses, I think these ophthalmic caravans are needed in as many villages in the country as possible,” Mioara Marinescu, the volunteer ophthalmologist at Saturday’s event, told The Associated Press .

The importance of testing children’s eyes is not limited to the need for corrective lenses. It is estimated that amblyopia, the disease known as “lazy eye”, affects 1% to 5% of children worldwide and lost cases can cause long-term problems.

While examining children, Marinescu found three with amblyopia, a disorder that she says may “limit access to certain professions in adulthood.”

“Unfortunately in our country, children do not receive education or health alike,” the eye doctor said.

Valeriu Nicolae, who founded Casa Buna in 2007, comes from a poor Roman community. He said poor eyesight can have a serious negative impact on children’s educational outcomes.

The volunteer organization supports more than 300 children and their families, with a strong emphasis on encouraging children to continue their education. The group has played a prominent role in supporting children throughout the pandemic.

Casa Buna arrived in Nucsoara, 200 kilometers northwest of the capital Bucharest, more than a year ago. Volunteers visit every two weeks and help 94 children and their families.

“It was the beginning of the pandemic and practically none of these children had internet or computers. We put computers in all their homes, we make sure they have internet … and everything they need to stay online to continue their training “. He said Nicolae.

Dozens of volunteers participated in the eye detection event, including bikers from the Bikers for Humanity group. Volunteers organized activities and games to attract as many children as possible. Casa Buna also brought gifts to the youth for International Children’s Day, celebrated on June 1st.

“We will do (eye tests) this year in nine villages. We hope to make between 600 and 1,000 pairs of glasses,” said Nicolae, whose tireless campaign for better early childhood education has earned him international awards.

Romania, with a population of more than 19 million, has the highest percentage of children at risk of poverty and social exclusion across the European Union of 27 countries: 35.8% compared to a European average of 22.5%, according to Eurostat statistical agency.

Child poverty is more common in rural communities in the country, where one in two children he lives in poverty.

“From birth, we should all have equal opportunities in education and access to health care,” said ophthalmologist Marinescu. “Regardless of the geographical area in which we are born.”

Even in a pandemic, child vision tests are crucial