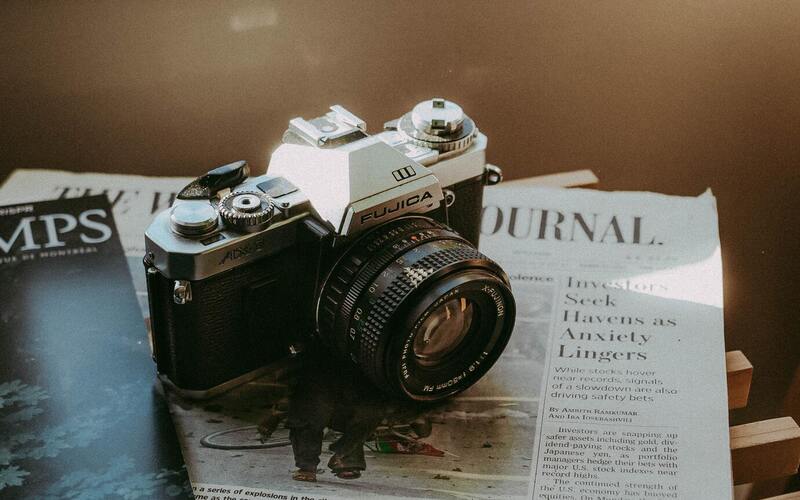 In 2011, there wasn’t much reporting on the cannabis business because the legalized industry didn’t really exist in the United States. Medical use had passed in California, but it wasn’t until 2012 that Washington and Colorado became the first states to legalize adult use. Until then, there was little demand for cannabis business journalism.

MJBizDaily recognized a void in the market. There were legitimate businesses in the cannabis sector and aside from High Timescannabis reporting was fairly nonexistent.

Enter Chris Walsh, CEO of MJBizDaily. He responded to an ad MJBiz placed seeking “legitimate journalists” to cover the space. He became the first journalist in the US to focus specifically on the cannabis business sector.

Fast forward 10 years and Walsh is considered one of America’s foremost cannabis industry analysts. In this interview, Cannabis & Tech Today spoke with Walsh to learn why he entered the industry, his expectations for federal reform, and what’s next for MJBizDaily’s annual event, MJBizCon.

Cannabis & Tech Today: You moved from a career in traditional journalism to covering the widely stigmatized cannabis business sector. What inspired that change?

Chris Walsh: As a long-time business journalist back then, I was always interested in new opportunities, new industries, and I think this just struck me as this strange, unusual, kind of once-in-a-lifetime thing that we were seeing of a random industry kind of coming out of nowhere and tied to a very interesting product…

I just thought, “Wow, this is fascinating. I want to help chronicle how this thing is unfolding. ”

C&T Today: What have you found most surprising about that international cannabis business landscape?

Chris Walsh: There are several things that are pretty surprising. I think the rapid acceptance of cannabis, not only in the US but across the world, really caught me by surprise.

If you think about where we were 10 or 11 years ago, it’s like night and day. I remember when we started, being nervous about searching for marijuana all day on my computer.

I didn’t know if that would trigger some kind of red flags with whoever’s monitoring internet use. The stigma was huge.

The government had turned its head a little bit and then the US started cracking down shortly after we started the business.

So I think now, you see the situation where 90% of the country thinks cannabis should be legal in some fashion, whether that’s for medical or recreational use.

You have the vast majority of this country that now has some form of legalized marijuana on the books and an industry that’s generating $ 20 billion in sales, and you have mainstream companies evolving. So, it’s all of this combined.

When Colorado and Washington State first legalized, I remember thinking, “I don’t know if there’s really going to be an industry here.

How is the government going to let these states move forward with recreational marijuana? Are they actually going to let businesses grow and process and sell this? ” I was extremely doubtful.

Now we’re at the situation today where the train is rolling, it’s gaining steam, and it’s a
legit industry.

Then I think on the international side, it’s been that same momentum.

And that’s been even more surprising because in these other countries, the government is behind it or has legalized it, and we don’t even have that in the US yet.

So when you look at the map globally, and you’re like, “Wow, they’ve legalized medical cannabis in South America, Central America, in Europe, Australia, New Zealand.” The list goes on and on.

That was a big surprise.

C&T Today: On that note, let’s discuss federal legalization. What do you see as some of the biggest barriers to the Cannabis Administration and Opportunity Act being passed?

Chris Walsh: This is one of those developments that will go down as a milestone in the long journey to federal reform. It is not the key.

I highly doubt it’s going to pass, and you’ll find very few people that think it will. There’s still too much resistance right now in DC And this is a big, bold bill. It’s an encouraging bill because it really considers a lot of different things that are important to the industry, that are important to making this legal in a federal manner.

And so, the sponsors of this bill know the industry, and they did their homework. I think that’s extremely encouraging. It’s one of those things that starts that serious discussion in the halls of power.

It will likely be awhile, but it will likely lead to further discussions, further prominence for cannabis legalization as a topic. And hopefully, it’ll lead to some other type of reform such as banking.

C&T Today: Do you think federal reform and banking reform would push out some of these smaller players or make more room for them to find investment?

Chris Walsh: We don’t know how all this would ripple across the industry, and I think there will be certain cases that various sets of reform would help smaller players, like if they have access to bank loans.

In some ways it would bolster smaller companies. In other ways, it would not. You open that door to the big players getting involved, and we’ve seen what happens over and over in other industries.

It becomes the big, dominant players that consolidate… they gobble up other companies, they consolidate, and it becomes harder to compete.

But, right now it is not a great situation either for smaller companies.

As the regulations increase, their costs to own licenses increase. It’s getting harder and harder to operate in this industry as a smaller player, and there are some aspects of reform that would potentially help them.

In Schumer’s bill, you’ve got some thoughtfulness behind how you can help on the social equity side as a small business, just like we see in New York State.

So, there’s at least one realization by a lot of people now that whatever happens federally, hopefully won’t be structured to only benefit the big companies or the people with lots of money.

Of course, there’s going to be aspects of this that do benefit them significantly; they’re the ones with the money and the lobbying power. But I think there’s also a realization that we’ve got to make sure there’s room for the smaller players, too.

C&T Today: I’d love to talk about MJBizCon. It’s been a big, crazy year for events all over. Can you tell me a little bit about how you’ve adapted with the pandemic and what changes people can expect for the event?

Chris Walsh: I really see this year’s MJBiz as a celebration of all that the industry has accomplished since we were last able to hold an in-person event, which was at the end of 2019.

We’re really trying to capture that industry, actually in many cases, thrived during a very difficult time. You saw record sales across the country, even in mature markets.

That’s not to overshadow the challenges that everyone faced professionally, personally, emotionally, and everything that went along with this, but when you compare what happened with cannabis to many other industries, it’s been a great success story during a very, very difficult time for people and for the world.

Cannabis businesses in many states were deemed essential, which is astonishing in a global pandemic where you had a period where almost the entire economy was shut down in many key ways.

So, I want us to be able to capture that spirit of the industry, of its resilience, of the innovation that continues to play out, and that growth.

C&T Today: You’re also offering a digital experience this year as a companion to the live event. Do you feel that this hybridization of the event space will continue beyond the pandemic?

Chris Walsh: I think we will have a digital component to our events in some fashion going forward, and what that looks like will likely morph depending on what people want.

This year, for instance, a lot of people that wanted to attend can’t, from other countries. We’ll still have a heavy presence of people who have registered and companies that are on the exhibit hall floor from other countries, but their laws and regulations are changing along the way, as well.

So, for whatever reason, there’s a decent number of people who want to come but can’t, outside the country. So, something like a digital offering is valuable for them.

And even in the US or Canada, everyone has different feelings and thoughts on what they’re comfortable with right now. And so in this environment, digital is a really good option. And I do think, going forward, even if there are no COVID[-19] concerns, looking for ways to enhance the event with digital will be part of our plans.

This article was originally featured in the fall 2021 issue of Cannabis & Tech Today. Read the full issuee for free.

Savvy Retailers Use CRM Software to Gain a Competitive Edge