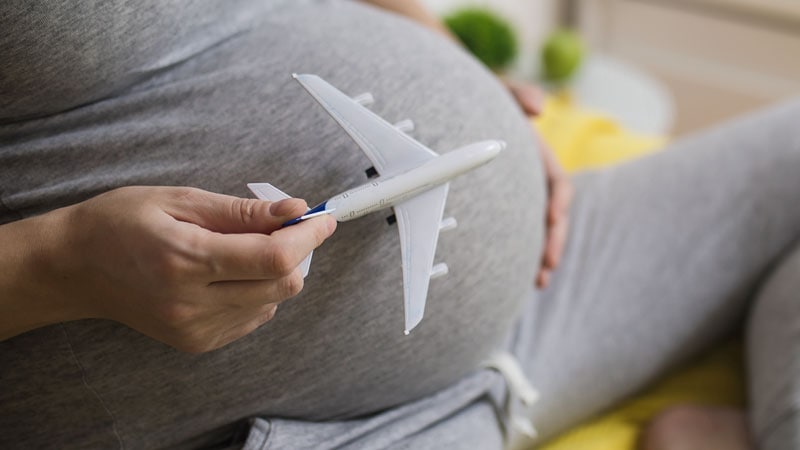 Three neonatal intensive care nurses and a family doctor were in the right place, on a plane traveling to Hawaii, at the right time, when a woman gave birth to a baby prematurely on the flight.

Medical professionals began acting to keep the baby Raymond healthy, who arrived in the world at 29 weeks, until the flight arrived in Honolulu, according to a Hawaii Pacific Health press release.

Dale Glenn, a family physician at Hawaii Pacific Health, said there was an emergency call for a doctor halfway through the Delta flight departing from Salt Lake City to Honolulu on April 28th.

“I let the flight attendant know that I am a doctor and he told me we have a woman who has a baby, so I was quick to see what I could do,” she said, according to the statement.

“I went to see what was going on and saw her there with a baby in her hands, and it’s little,” Bamfield said, according to the press release.

The mother, Lavinia “Lavi” Mounga of Orem, Utah, said she was more than a little surprised.

“I just didn’t know she was pregnant,” Mounga said in a video interview posted to Hawaii Pacific Health, according to Q13 Fox of Seattle. “And this guy just came out of nowhere.”

The nurses and doctor improvised to keep Raymond safe for the rest of the flight. Glenn said they used cords to cut and tie the umbilical cord, made baby warmers with bottles that could be microwaved, and measured the baby’s heart rate with an Apple Watch.

“We didn’t have the usual tools that were in a neonatal intensive care unit, so there were a lot of vital signs that we couldn’t track down,” Glenn said.

As soon as the plane landed, an emergency medical team took the mother and son to the Kapiolani Women’s and Children’s Medical Center. The doctor and nurses went to visit them the next day at the hospital, according to the press release.

Mounga has been discharged from the hospital. Raymond will remain at the NICU until he is ready to return home, according to the press release.

Mounga and Glenn said they were very lucky to have an emergency hand on the same plane as three neonatal nurses and a doctor.

“The best part of that was the teamwork. Everyone jumped together and everyone helped,” Glenn said.

Q13Fox: “” I just got out of nowhere “: Mom who gave birth on a flight to Hawaii says she didn’t know she was pregnant”