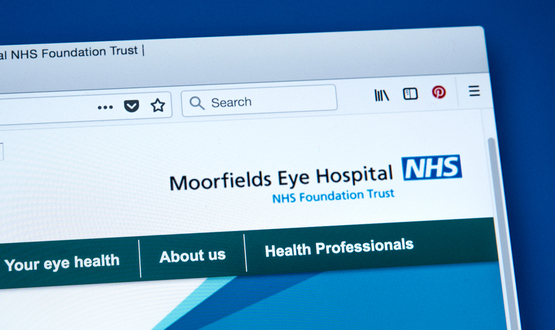 Using optical coherence tomography (OCT) scans, the team trained an algorithm to recognize the first signs, accurate location, and GA progression automatically. They then tested the algorithm against a different set of OCT analyzes of human patient levels at Moorfields Eye Hospital to compare the results.

The algorithm consists of separate models that analyze different aspects of GA: one predicts disease progression; while the other may determine disease-specific characteristics. It was developed using 984 OCT scans of 200 patients.

The findings, published in the Lancet Digital Health, have revealed that the internal algorithm was able to match and surpass predictions made by specialist doctors, all in a fraction of a second using OCT scans.

The team, led by Dr. Konstantinos Balaskas at the Moorfield Reading Center, hopes the algorithm will be hugely beneficial for physicians caring for patients with GA, who need a reliable and quick way to assess the severity of the disease, its speed, and its severity. good response to new emerging treatments.

Affecting more than 5 million people worldwide, GA is a serious and irreversible form of age-related macular degeneration. It can be difficult to detect in the early stages and no effective treatment is currently available. However, there are promising treatments under development and the Moorfield algorithm is expected to help with this.

The research was funded by Apellis Pharmaceuticals, with support from the NIHR Biomedical Research Center of the Moorfields Eye Hospital NHS Foundation Trust and the UCL Institute of Ophthalmology.

Dr Balaskas said: “A particular challenge for scale-scale GA management is the need to reliably, objectively and rapidly quantify and control the growth of the GA area in the retina using OCT scans and assess its response to possible treatments.

“We are the first academic / reading center to develop an AI tool to do this. Developing it in-house and doing it to the standards needed for publication in one of the most important medical journals is a huge success for our team, Moorfields, UCL and the NIHR. We hope it will be an important step towards an effective treatment pathway for GA, which affects millions of people around the world and often leads to debilitating vision loss. “

This latest research follows Moorfields develop an artificial intelligence system which can predict whether people with age-related macular degeneration will develop the most severe form of the disease in their “good eye”.

The system, which was developed in collaboration with Google DeepMind, was formed in data sets of anonymized retinal scans of 2,795 patients with wet AMD, a more serious form of the disease that can lead to blindness.