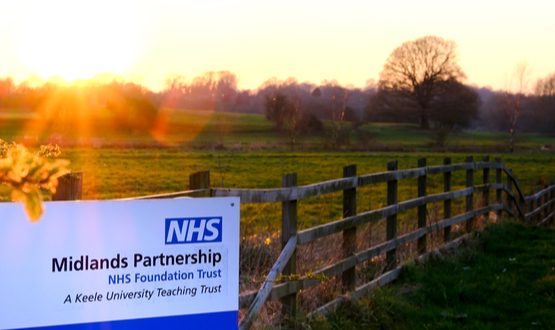 Prior to March 2020 many of us had not given much thought to the term ‘remote consultations’ but fast-forward to 2022 and they have become almost the norm for many patients across England.

In November 2019, he started a conversation with Nasstar (which was then known as Modality) about a pilot which would see remote consultations deployed across a few wards in Summer 2020. The company had offered to provide its OneConsultation free of charge for one month with a promise of installing it within 72 hours.

However, as Covid-19 spread across England, Perry had to think on his feet and asked the Nasstar team whether they could expand the pilot to the whole organization which provides physical and mental health, learning disabilities and adult social care services.

“They [Nasstar] said they could deploy it for every service within our organization within a week as they had done a lot of the required groundwork already with the pilot, ”Perry told Digital Health News.

“So by the end of March 2020, the platform was deployed to all of our service areas including mental health, physical health, learning disabilities, dental and sexual health.

“To date we have currently done over 80,000 consultations which last over five minutes and include at least two people.”

When asked about the platform and why it was chosen, Perry said it was down to “ease of login, ease of use of the platform itself and the speed of response and deployment.”

When it came to how it was received, Perry said there was a “general positive” response but there were a couple of issues surrounding call quality and confidence.

“I kept asking the questions such as‘ do you think that will be an issue with the next consultation? and ‘will it still be as difficult after six consultations?’ “he added.

“My main aim was getting people to project forwards and help them build their confidence to give it another try.”

While deploying digital projects in healthcare are not the easiest of tasks, the addition of a global pandemic did makes things “hectic”, Perry admits with plenty of “long hours”. But this wasn’t down to the platform itself.

“All the hectic stuff was actually around training and education, both staff and service users and then the frequency of questions that were being asked,” Perry added.

“We overcame these issues by having a central information repository.”

Looking beyond the world of remote consultations, Midlands Partnership NHS Foundation Trust launched its Digital Strategy in September 2021 and its five-year Transformation Plan is going through an internal consultation currently.

Perry explains how the plan will cover a number of phases which includes foundation (looking at the infrastructure and basic systems) and process (building on the foundation phase to improve efficiency, innovation, digital vision).

“In the next 12 months, we are looking to upgrade our core clinical system RiO, looking at mobile voice dictation and moving more of our systems to the cloud,” Perry added.

“Some really exciting stuff includes giving people more choice and more options for access to their care so we are looking at digital equality provision and looking to offer our own devices for consultations.”

Other plans include less reliance on paper-based forms and virtual agents on the trust’s website so patients can manage their own bookings.

“The key, however, is not to introduce digital barriers for people because there are clearly people who don’t have access to the website or are comfortable using it,” Perry added.