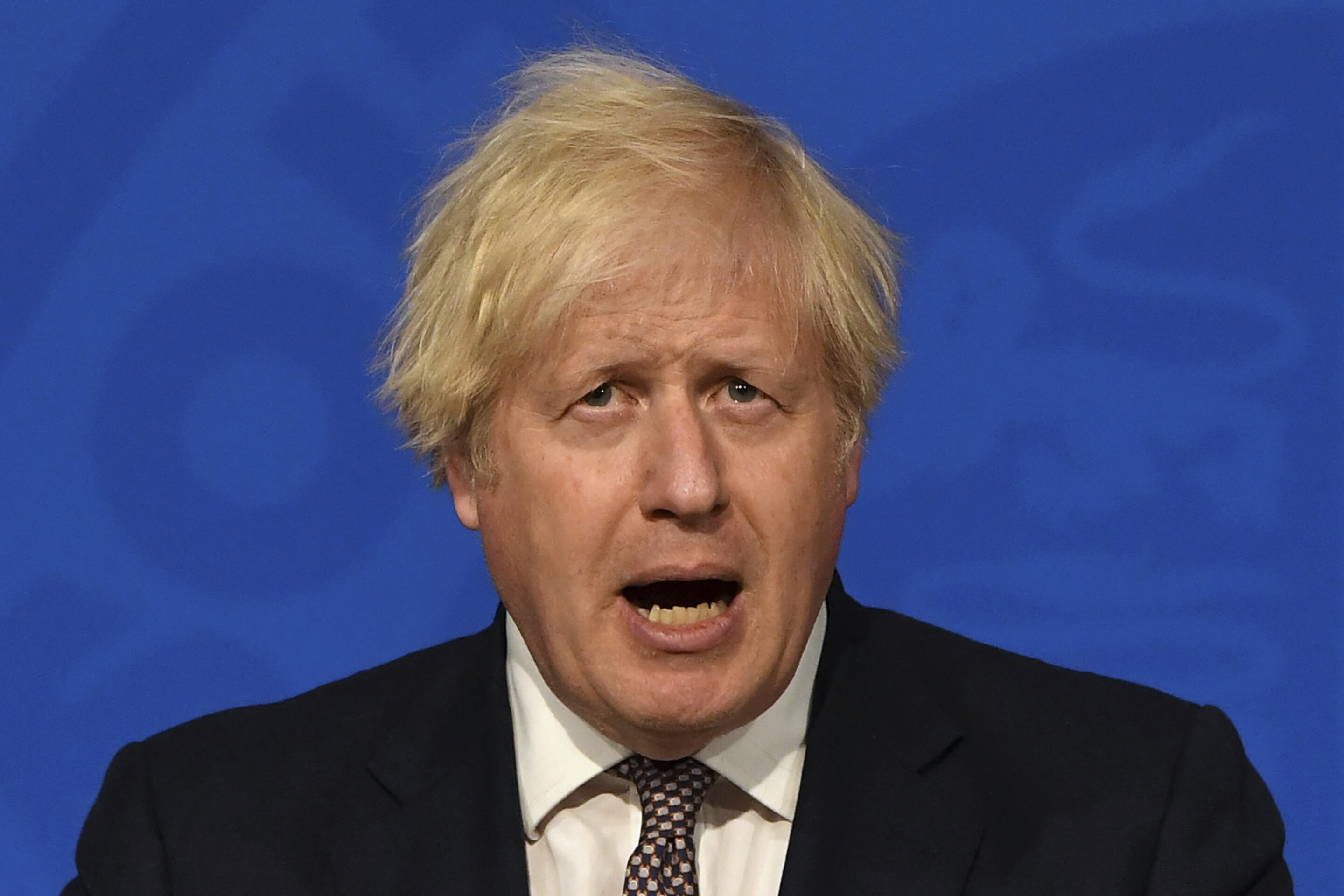 British Prime Minister Boris Johnson confirmed on Monday that his government plans to repeal laws requiring facial masks and social distancing later this month, although he acknowledged that lifting the restrictions will further increase coronavirus cases. .

Johnson said legal controls will be replaced by “personal responsibility” when the country moves to the final stage of its roadmap. This is expected to happen on July 19, although Johnson said a final decision would be made on July 12.

The change will mean that people can throw away masks after months of forced face coverage, although companies and traffic operators may require them, and they will be recommended in some enclosed spaces.

The removal of social distancing rules will allow nightclubs to reopen after 16 months of forced closure and customers to re-order drinks at a pub bar. Customers will no longer have to scan a phone app to provide their contact details when they enter the restaurant or bar.

The government will also stop instructing people to work from home if they can, leaving employers free to return staff to offices.

The changes apply to England. Other parts of the UK (Scotland, Wales and Northern Ireland) follow their own road maps, usually similar, out of blockade.

Britain has recorded more than 128,000 coronavirus deaths, the highest number in Western Europe, and infections are on the rise due to the highly transmissible delta variant of the virus. Confirmed cases have gone from about 2,000 a day earlier this year to 25,000 a day last week. But the death toll is largely stable, with less than 20 a day.

Public health officials say Britain’s vaccination program has weakened the link between infections and deaths, although it has not disrupted it. To date, 86% of adults in the UK have received at least one dose of vaccine and 64% are fully vaccinated. The government intends to give all those over the age of 18 both shots in mid-September.

Johnson acknowledged that infections, hospitalizations, and deaths will increase once the remaining restrictions are lifted.

“I want to stress from the beginning that this pandemic is far from over,” he said, predicting that cases could reach 50,000 daily on July 19th. “We have to reconcile, sadly, with more deaths by COVID.”

Johnson said Britain should “learn to live with this virus,” a major change of tone from a leader who has previously painted COVID-19 as an enemy to be defeated.

This message will be well received by the skeptical lawmakers blocking the Conservative government of Johnson, who claim that the economic and social damage of the restrictions outweighs the benefits to public health and the British populist press, which has dubbed July 19 “freedom day”.

But public health officials and scientists have urged caution, saying masks of abandonment and social distancing can be dangerous. Psychologist Stephen Reicher, a member of the government’s scientific advisory committee, said “proportional mitigations” against the spread of the virus should remain in place.

“I think we need very clear messages and I think that in certain spaces – crowded and poorly ventilated spaces – masks are a crucial mitigation,” he told the BBC.

The British government, which implemented one of the longest closures in the world, has lifted restrictions on England in a series of steps that began with the reopening of schools in March. The fourth and final stage was delayed last month to provide time for more people to be vaccinated amid the rapid spread of the delta variant, which was first discovered in India.

Jonathan Ashworth, a health spokesman for the opposition Labor party, said the government should be more careful.

“We’re not out of the woods,” he said. “We want the blockade to end, but we need life-saving mitigation. We still need a sick pay, local contact monitoring, mask use monitoring, ventilation and support for children to prevent serious illness.”

Paul Hunter, a professor of medicine at the University of East Anglia, said it made sense to ease restrictions in the summer, when schools are closed, people spend more time outdoors and other respiratory infections are at a low level.

“The disease burden associated with a larger peak during the summer would probably be less than one during the winter,” Hunter said.

But Richard Tedder, a virologist at Imperial College London, said that relieving while infections are still rampant “carries the real risk of facilitating the escape of variants that will be even more resistant to vaccines and potentially more infectious.” .

“Not recognizing this is playing with fire,” he said.

When can masks be dropped? UK leader in renewing virus rules