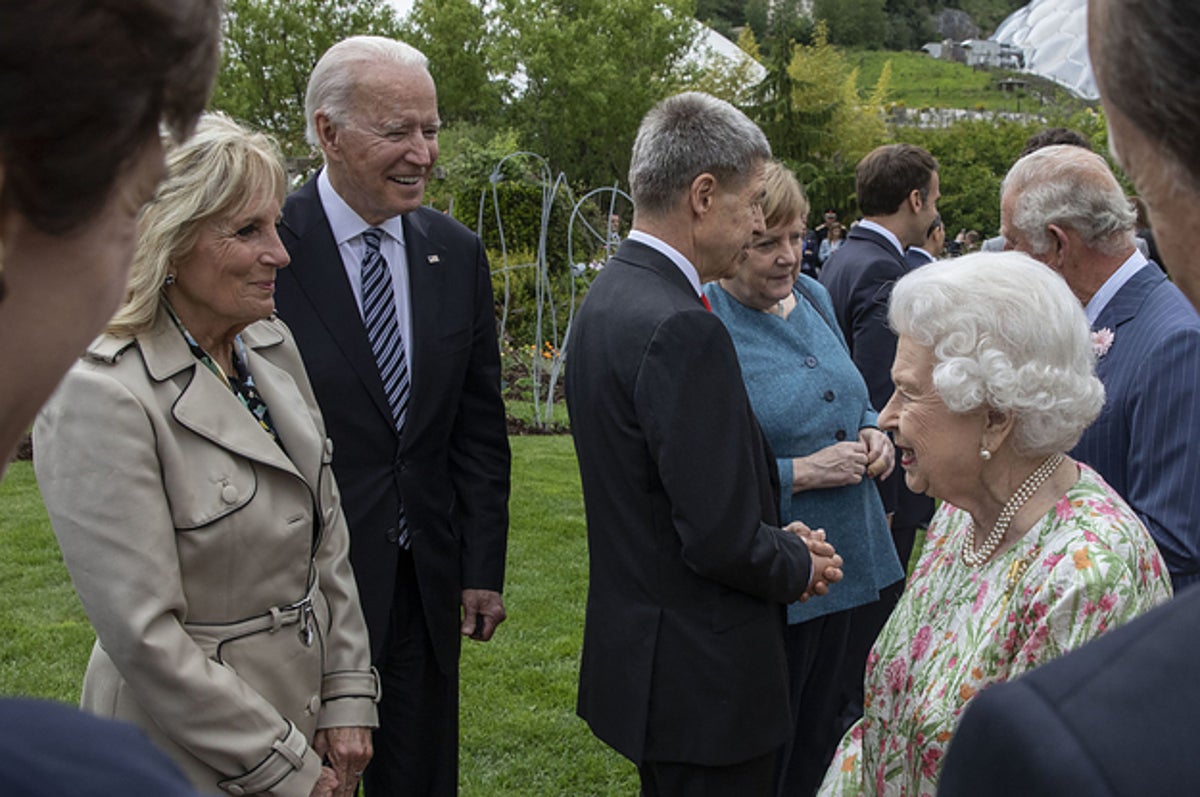 President Joe Biden met with Queen Elizabeth II in England on Friday, the first time he met with the British sovereign as commander-in-chief.

President and First Lady Jill Biden were photographed chatting with the Queen at an event for Heads of State attending the G7 summit in Cornwall.

The photographs showed the queen, wearing pearls, white gloves and a floral dress, smiling warmly as she spoke to the first lady in front of a giant dome at a complex known as the Eden Project, where leaders had gathered for a night reception.

Biden is the 13th President of the United States to meet with the Queen, whose reign began in 1953.

The 95-year-old monarch has met with all presidents of the United States during his time on the throne, except Lyndon Johnson.

Her first meeting as queen was with Dwight Eisenhower in 1957, the same year she met Herbert Hoover, who had left the White House two decades earlier. In 1951, when she was still a princess, she also met Harry Truman.

Biden had previously met the Queen in 1982 when he was an American senator.

The presence of the British royal family at the G7 event was also attended by Prince Charles; Camilla, Duchess of Cornwall; Prince William, Duke of Cambridge; and Catherine, Duchess of Cambridge.

Friday was the first full day of talks at the summit, with Johnson telling attendees that it was an opportunity to “level up our societies” and “rebuild better” after the Coronavirus pandemic.

He also said leaders had to address issues of economic inequality and climate change.

“In fact, I think we have a great opportunity because, as the G7, we are united in our vision of a cleaner, greener world, a solution to the problems of climate change,” he added.

Before the evening reception, the Queen joined Biden and other world leaders in taking a group photo, where she made them laugh by asking, “Are you supposed to look like you’re having fun?”

“Yes,” Johnson replied. “We’ve been enjoying it despite appearances.”

The bidens will have to visit Windsor Castle for a special private audience with the Queen on Sunday.